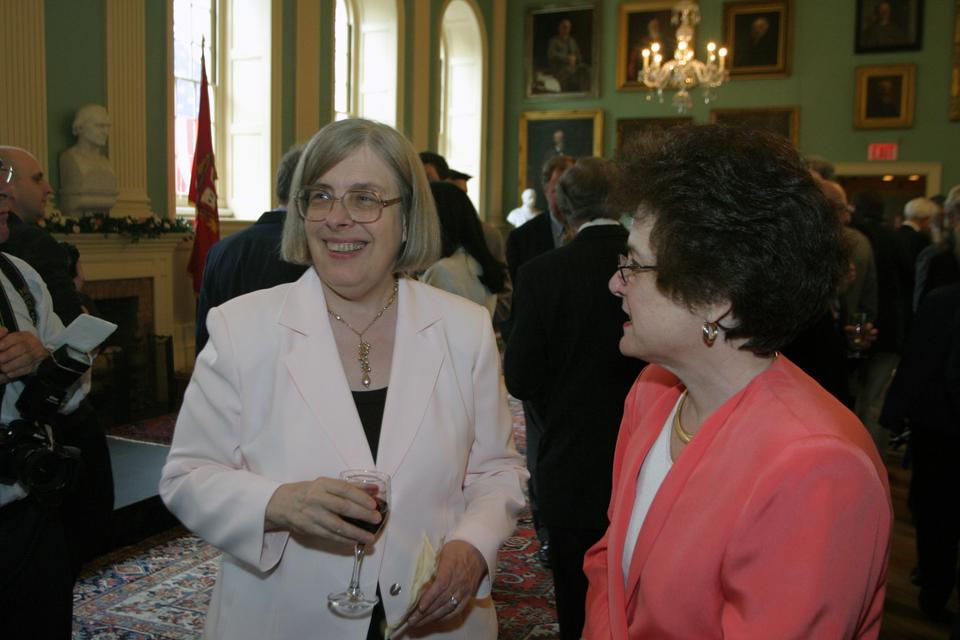 In their upcoming book, “The Tea Party and the Remaking of Republican Conservatism,” Harvard Government Professor Theda R. Skocpol and graduate student Vanessa S. Williamson argue that the grassroots movement has garnered support from several different sources, the chief of which are the election of President Barack Obama and the subsequent energetic initiative of local activists.

Skocpol and Williamson traveled across the country conducting interviews, attending public rallies, and sitting in on private Tea Party meetings to peel back stereotypes associated with the movement. Through that process, they came to know the people behind the movement, Skocpol said.

“[The Tea Party] was something we didn’t understand, that didn’t fit the available categories,” Skocpol said. “We wanted to figure out why it was having such a big impact on national debates and where it might be going next.”

The book, which is to be published in January, combines anecdotal research from the field with survey data and other statistical evidence to present a scholarly analysis of a widely discussed, yet poorly understood demographic.

Their research identifies three primary, interacting components of the Tea Party: local organizers and activists (“the ones who dress up in tri-cornered hats”), the conservative media that helped launch the Tea Party in its early stages, and conservative advocacy groups that have funneled money into the movement as they latched onto its success.

In particular, the election of Barack Obama served as the impetus for these conservative groups to come together, Skocpol said.

“[Obama is] actually a pretty moderate guy, but for them he symbolizes the devil—foreign father, young people love him, wants to have health care reform that will give benefits to lower-income people,” Skocpol said.

But both Skocpol and Williamson are careful to refrain from passing judgment about the Tea Partiers and their political leanings.

“Their views are based on a different set of facts than others are, but it’s not like these people are naive or aren’t thinking through problems or aren’t concerned about the future,” Williamson said.

While conservative Tea Partiers were at first hesitant to talk, especially with a Harvard professor, both authors observed that once the conversation got started, they revealed a more human touch.

“Face to face, these turn out to be folks, with all the distinctive qualities of, for example, your grandma,” Skocpol said.

After reading the book, University of Minnesota Political Science Professor Larry R. Jacobs also commented on some of the Tea Party’s nuances.

“I can’t think of a single book that is more apt for our times in clearing up confusion and revealing the most important tensions in American politics today between populist revolts, crumbling markets, and Republican politics,” Jacobs said.

As the country readies itself for next year’s presidential election, both authors are confident that their upcoming book will resonate with curious audiences.

“It’s a book that people generally interested in politics, who want to understand what happened in the last few years, will find interesting,” Williamson said.

—Staff writer Matthew T. Lowe can be reached at mlowe@college.harvard.edu.

—Staff writer Kevin J. Wu can be reached at kwu@college.harvard.edu.