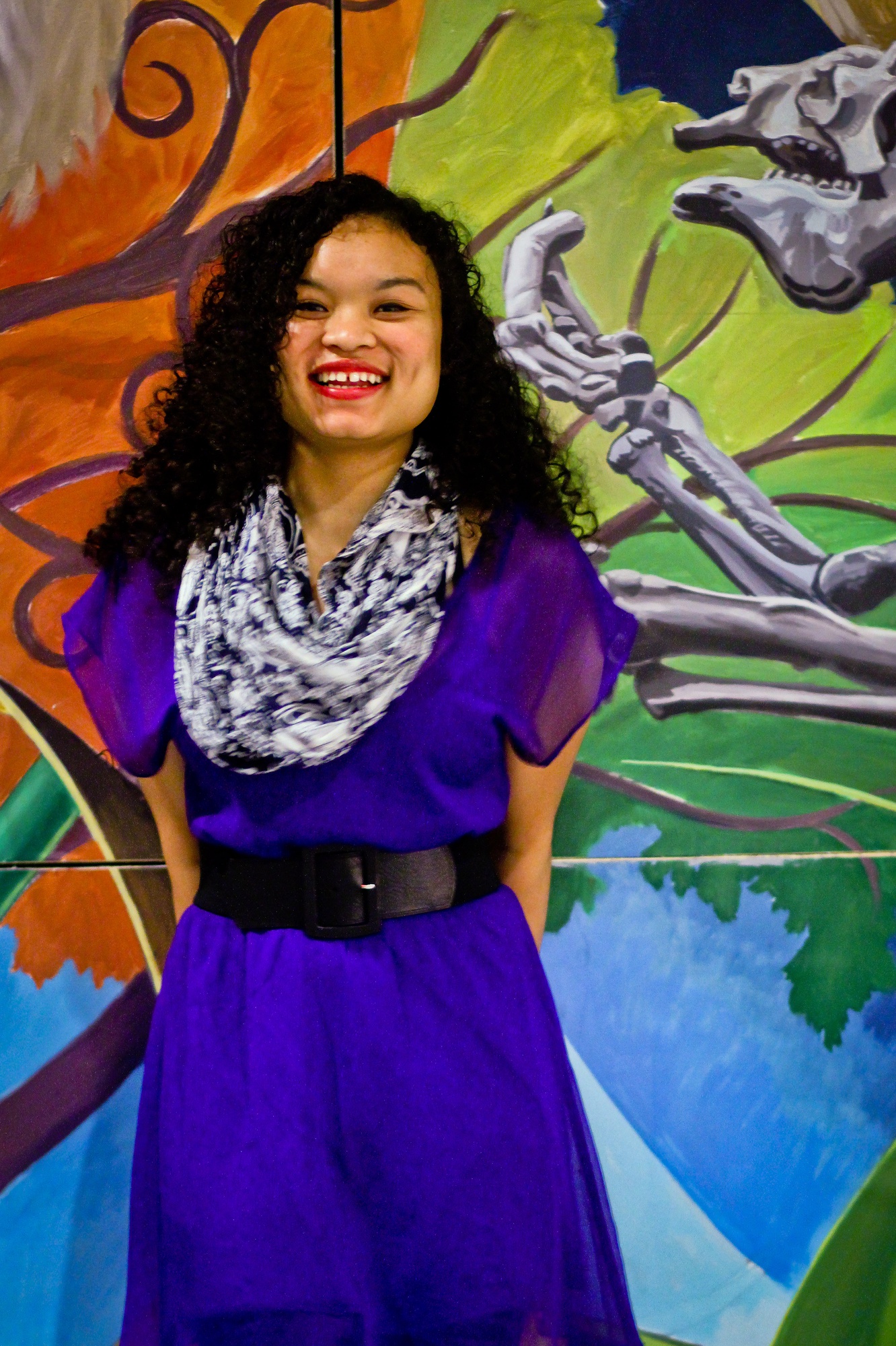 “Something that I’m really proud of is that bamboo right there,” says Zamyla M. Chan ’14, nodding her head to the grass shoot potted beside her laptop. “I’ve been taking care of it since sophomore year. It started off really short and it’s grown a lot.”
By Noah B. Pisner

“Something that I’m really proud of is that bamboo right there,” says Zamyla M. Chan ’14, nodding her head to the grass shoot potted beside her laptop. “I’ve been taking care of it since sophomore year. It started off really short and it’s grown a lot.”

Chan’s manner is a mixture of cowboy and comic book chemist. Her dark, wide-open eyes are distinctive; it’s hard to imagine them looking doleful or unhappy. It’s only when I mention that bamboo is meant to grow three feet every 24 hours that her lips upturn in disappointment—though only for a moment—before retreating into unaffected grin.

A Vancouver native, Chan is fluent in French (“and Dim Sum”) and likes to think she has an English accent like her UK-raised father; she says she wants to learn Spanish, but feels like a failure for forgetting her mother’s native tongue of Cantonese and for neglecting to live out her girlhood dream of playing in the FIFA world cup. As much as she likes talking, she often interrupts herself to ask questions: “Do you do that too?… What’s your plan in life?… Have you ever organized your chocolates according to type?”

Chan is an S.B. environmental engineering concentrator living in Winthrop, a Water Fellow with Harvard’s International Security Initiative, and a lauded Latin ballroom dancer (she’s doing belly dancing these days, too). Most famously, though, she is CS50’s “walkthrough girl.” For every week’s problem set she films a video that breaks the problem set down into manageable pieces and gives hints on how to get through it. It’s a role that’s fashioned Chan into something of a heroine to the hundreds of undergraduates who’ve struggled through the introductory CS course these past two years.

“Definitely people approach me in the street that I don’t know,” says Chan. “They might say, ‘Hi Zamyla,’ or ‘Thank you,’ or something. I love that I can make them love CS the way I do.”

The—love?—in Chan’s gaze is none other than the glowing pride of a scientist rejoicing over a laboratory crammed with potential experiments. Chan has me sitting in her private office beside the NOCERA lab in Lowell Lecture Hall. She’s been working at NOCERA since early in her junior year and is now conducting thesis research through the lab’s facilities.

“I’m making a device that takes in solar energy and converts it into storable fuel by splitting water into hydrogen and oxygen.”

“Exactly,” she says, clarifying that it’s an improvement upon an already existing model.

“I’ve always wondered how you manage your time,” says Chan’s NOCERA colleague Michael J. Mellas ’14, having interrupted the interview to ask if Chan had heard about a new whirlwig something-or-other. “She’s doing like Engineering S.B. with her thesis and, like, one of the main people behind CS50, and lab, and everything, and salsa. Like what the hell?”

Chan also leads a study on institutional corruption at the Safra Center for Ethics at Harvard Law School, builds fuel-efficient cars with an Echo Marathon team, and bakes. She serves me a homemade stained glass gingerbread cookie (“my uncle’s and my specialty,” she says) that crumbs over some schematic-looking papers on her desk as I take tiny bites so as to be able to tell her how delicious it is—very mellow, not so spicy like other ginger cookies tend to be.

“I’m definitely very passionate about water,” Chan continues. “My sophomore year I was selected to be a water fellow for Harvard’s International Security Initiative. We traveled to the São Francisco River Basin, and studied the water transportation... This was so great because you’re talking about diverting water, mostly gravity led, through a gigantic country. We got to visit one of the biggest dams in the world,” she pauses, “It was perfect.”

Chan guides me through the many doors to exit, and apologizes when her swipe takes multiple tries. And at the end of our meeting, she says, with a hint of resigned moxie, “I only wish I could’ve organized a series of salsa dance flash mobs all across campus.”