Video May Be Clue to Bombing 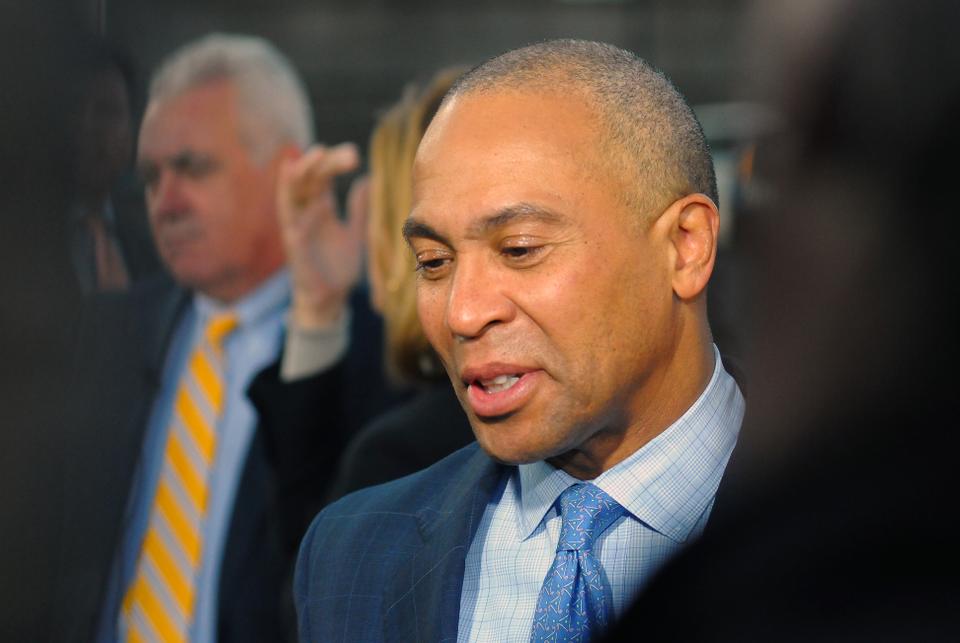 Governor Deval Patrick speaks to the press in front of the Copley Westin. The media coverage following the incident has been frought with speculation from major national news networks. In his statements, Governor Patrick has emphasized the thorough and methodical nature of the subsequent investigations. By Nicholas M Mendez
By Matthew Q. Clarida, Crimson Staff Writer

After a day marked by a flurry of conflicting media reports and few details from investigators, consensus emerged Wednesday evening that investigators had discovered footage that they believe may be useful in identifying the person or people responsible for Monday’s deadly blasts near the finish line of the Boston Marathon.

Citing anonymous law enforcement sources, multiple media outlets reported that the video shows at least one man carrying and possibly dropping a black bag at the scene of the explosions. But investigators stayed mum, declining to confirm or deny the reports.

The only official word on the videos came from Dot Joyce, a spokesperson for Boston Mayor Thomas M. Menino, who confirmed that law enforcement was examining footage from surveillance cameras at the department store Lord & Taylor on Boylston Street.

“The camera from Lord & Taylor is the best source of video so far,” she told the Boston Globe on Wednesday. “All I know is that they are making progress.”

When news of the video spread, media outlets raced to beat each other to the next breakthrough. False reports of an arrest swirled after CNN anchor John King reported at 1:45 p.m. that authorities had arrested a “dark-skinned male” in connection with the bombing. Some media outlets—including Fox News, the Associated Press, and the Boston Globe—reported that a suspect was in custody, while others—including NBC, ABC, and CBS—refused to confirm the reports.

“We can’t just flip a coin on this,” said NBC anchor Peter Williams. “At the end of the day, somebody is going to be right because every news organization is reporting something different.”

In the absence of confirmation, anchors began to back away from their initial reports, and the FBI firmly quashed the arrest rumor in a 2:50 p.m. press release.

But before the report of an arrest was shut down, throngs of journalists made their way to John Joseph Moakley United States Courthouse in South Boston, looking to catch a glimpse of the supposed suspect. Those who assembled were witness to a bomb scare, which was later deemed unfounded after authorities evacuated and searched the building.

Reporters then made their way to the Westin Copley Place Boston Hotel, where a briefing led by lead investigator and FBI Special Agent Richard DesLauriers, Massachusetts Gov. Deval L. Patrick ’78, and Boston Police Commissioner Edward F. Davis, had been scheduled for 4 p.m. The press conference was eventually cancelled after a series of delays.

Patrick was the only senior official to give more than brief on-the-record comment about the case on Wednesday. Talking with reporters outside the Westin in Copley Square, he sought to quell the rumor mill.

Thursday marks the third full day of the investigation. At 11 a.m., President Barack Obama will join Patrick, Menino, and many others at an interfaith service at the Cathedral of the Holy Cross in Boston. Investigators have also said that they will brief the media on their progress, though it is in not clear where or when that conference is scheduled.