Baseball Ends Season With Loss to BC at Fenway Park 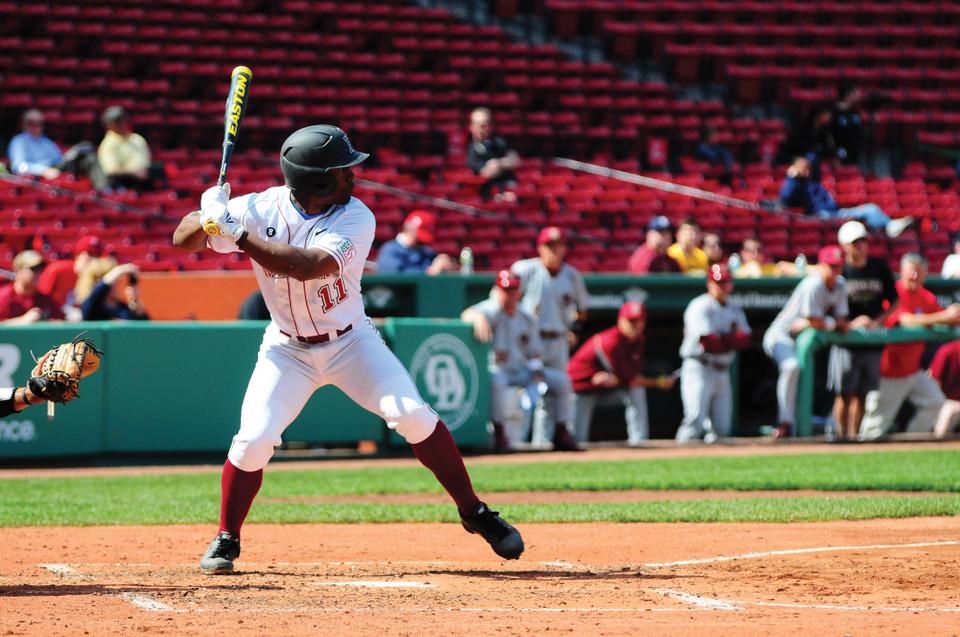 BOSTON, Mass.—In the middle innings of the Harvard baseball team’s Beanpot consolation game against Boston College at Fenway Park Monday afternoon, a number of Red Sox players went out to the right field warning track and played catch while the contest was still in play.

“I was just really excited that Major Leaguers were on the same field as me,” said sophomore starting pitcher Matt Timoney. “I didn’t care that it was in the middle of the game.”

But while the impromptu practice symbolized the fact that the professionals’ season continues on—even at the most inopportune moments—the Crimson’s own 2012-13 campaign was coming to an end, as Harvard (10-31) dropped a 7-2 decision to the Eagles in its final game of the year.

“Overall, we put out a good effort for our seniors, and that’s exactly what we wanted [to do],” freshman Mitch Klug said.

The Crimson pitchers were in trouble most of the day against the Eagles (9-35), who scored in six individual innings to finish in third place in the tournament.

With two outs in the top of the first, sophomore second baseman Tanner Anderson booted a routine ground ball, allowing one run to score before Timoney escaped a bases-loaded jam.

In the third, a two-out single to left by Jimmy Dowell put Boston College up, 2-0. The next inning, with runners on first and second following singles by Joe Cronin and Blake Butera, Timoney made a pickoff attempt to second base, but nobody was there to cover the bag. Cronin advanced to third as the ball rolled into center field, and John Hennesy singled through the hole on the right side to bring Cronin home before Timoney got Matt Paré to ground into a 6-4-3 double play to end the threat.

“Matt hasn’t been on the [mound] consistently in the last couple of weeks,” Crimson coach Bill Decker said. “[He was] a little rusty...but he gave it a good effort.”

Junior Peter Kaplan relieved Timoney and stranded three runners following three straight two-out walks in the top of the fifth, but he got back into trouble by hitting two batters in the sixth. With two outs once again, Matt McGovern hit a fly ball that sophomore Brandon Kregel misplayed near the jutting stands in right field, allowing both runners to score.

The Eagles added their sixth run on a Butera sacrifice fly in the seventh and their seventh run on a wild pitch by co-captain Jordan Haviland in the top of the ninth.

The Crimson, meanwhile, struggled to put together anything offensively for most of the afternoon.

In the fourth, Klug hit a one-hop double off the Green Monster in left, and two batters later, classmate D.J. Link singled up the middle to bring him home for Harvard’s first run. The Crimson scratched out another run in the bottom of the ninth when Kregel hit a sacrifice fly to center, but that would not be nearly enough.

Sophomore Mike Martin went 2-for-4 and junior Carlton Bailey finished 3-for-5 to raise their season batting averages to .287 and .277, respectively—good for second and third best on the team behind Kregel. But the Crimson was unable to turn those hits into runs.

“It’s been hard for us to get the bats going and get hits after hits,” Klug said.

Despite the loss, the team said the opportunity to play in one of baseball’s storied stadiums would be one they would never forget.

“It was just an unbelievable experience,” Timoney said. “I’ll remember it for the rest of my life.”

“When we look back on this season, despite everything that’s gone on, I think we will remember this as that one game [when] we came out and had fun,” Klug added. “It obviously didn’t go our way, but I think we’ll remember it as a great experience.”

Decker said the season finale finally brought some closure to a tumultuous season that witnessed the passing of former coach Joe Walsh.

“I’ve been doing this a long time, and this group of kids gave a pretty good darn effort day in and day out,” Decker said. “We certainly had a few bumps in the road, but I don’t think that this year should be measured by wins and losses alone.”