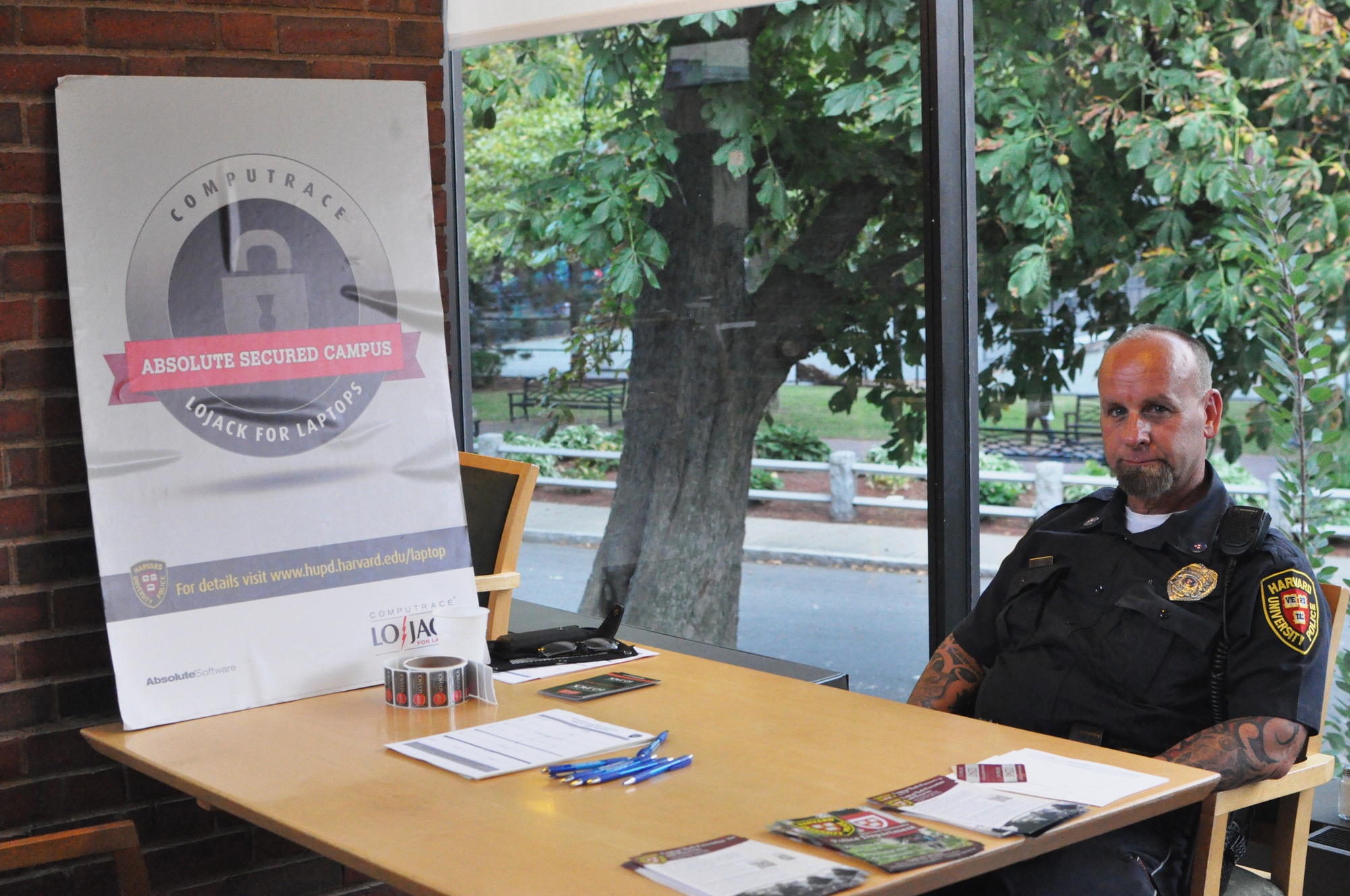 Almost 100 laptops are stolen on Harvard property each year, according to Harvard University Police Department spokesperson Steven G. Catalano, but HUPD hopes that a new tracking software being offered this fall will help recover more lost and stolen devices.

The software, known as LoJack for Laptops and developed by Absolute Software, activates GPS technology when the owner of a device reports it as missing. A four-year subscription is partially subsidized by the University, Catalano said, and costs $20.

LoJack is gradually replacing STOP—Security Tracking Online Property—which Harvard students have used to recover their property since 1999. STOP affixes a plaque with a registration number to a laptop’s casing for $10, and although it was effective at recovering lost laptops, Catalano said, people had to report to HUPD if they saw a laptop with the plaque affixed. As a result, the program relied on an “honesty factor” to return laptops to their owners.

Catalano said LoJack offers a more comprehensive and technologically advanced system. Once reported to either HUPD or Absolute Software, he said, lost or stolen laptops are recovered 75 percent of the time.

In response to questions about student privacy concerns, Catalano said privacy is not hindered by installing LoJack because laptop tracking is only enabled when a missing device is reported. “[HUPD] has no ability to track your computer until you either report it to us or directly to LoJack,” he said.

HUPD has held various events around campus since late August for students to register their laptops through LoJack. Students can also register laptops online for free, without LoJack’s tracking software, and HUPD registers bicycles by noting serial number, make, and model and issuing a numbered sticker for the bike.

Although precise figures on the number of students who have installed LoJack are not yet available, a HUPD officer on duty at a registration table in Mather Thursday night said that approximately 15 students per hour were registering their laptops during peak hours. “There are a lot of people interested,” Catalano said.

The registration drives will continue until Sept. 16, after which students can continue to register their laptops online and at HUPD offices.

An earlier version of the photo caption accompanying this article incorrectly identified Wayne F. Gabaree as a deputy for Harvard University Police Department. In fact, HUPD does not have deputies; Gabaree is an officer.