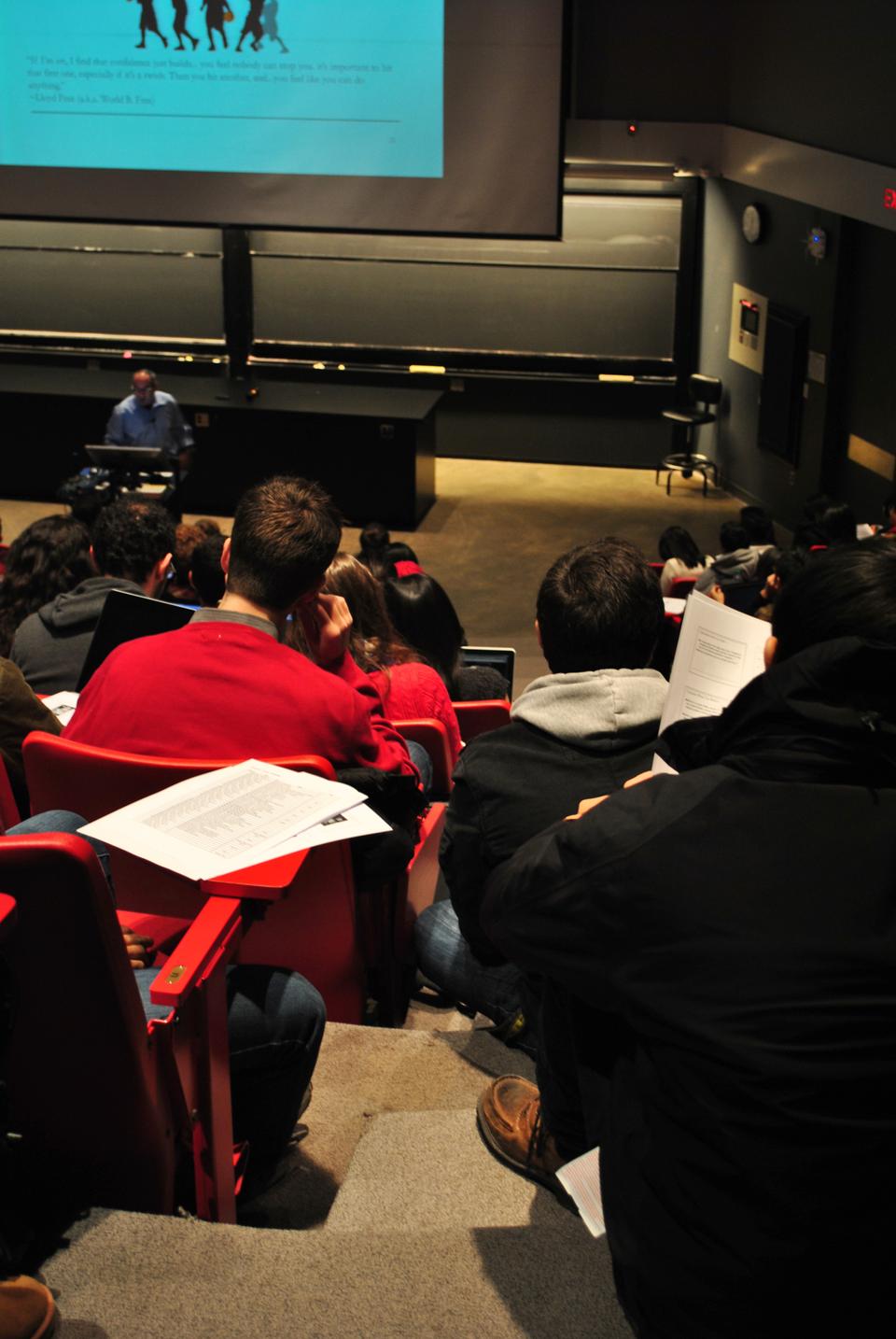 Vice Provost for Advances in Learning Peter K. Bol, who authorized a now-controversial lecture attendance study that involved photographing students without their knowledge last spring, notified the students who took the affected courses by email on Wednesday.

The message did not specify which courses researchers monitored as part of the study. The study involved 10 courses and roughly 2,000 students, according to an October presentation on the study’s findings.

Students in Physical Science 3: “Electromagnetism, Circuits, Waves, Optics, and Imaging,” Statistics 104: “Introduction to Quantitative Methods for Economics,” and Economics 1010b: “Macroeconomic Theory,” were all photographed as part of the study, according to their respective course instructors, Physics lecturer Logan S. McCarty, senior Statistics lecturer Michael I. Parzen, and Economics professor of the practice Christopher L. Foote.

The Crimson first identified those courses as potential subjects of the study through an analysis that involved cross-referencing enrollment data and syllabi from dozens of lecture courses with the October presentation on the study’s findings. When presented with a list of 10 courses that The Crimson identified through the analysis, Bol declined to confirm any of them, writing in an email that he only had permission to identify courses in the study for “research purposes where having the course identity would make further research possible.”

While it did not offer more information on the courses involved, Bol’s email to affected students Wednesday provided details on how cameras were used in classrooms.

“The methods of the study involved photographs of lecture halls and a computer algorithm to differentiate filled from empty seats with no identification of any individual student, and subsequent destruction of the underlying images,” Bol wrote to students, according to a copy of the email shared with The Crimson. “The researchers involved in this study do not know who was enrolled in the courses that were photographed.”

Bol’s notification email arrived in students’ inboxes amid ongoing controversy surrounding the study, news of which broke at the most recent meeting of the Faculty of Arts and Sciences last week. Both students and faculty members have called on the University to provide more information on the study, and at least one law firm is currently looking into possible legal action against the University.

Kyros Law in Hingham, Mass. is actively seeking faculty and students to take part in a potential class action lawsuit against the University for allegedly violating privacy and breaking state and federal laws through the attendance study.

Some professors, though, questioned the purpose of such a lawsuit this week.

“A lawsuit is an awful way to sort out a situation like this one,” Computer Science and Law Professor Jonathan L. Zittrain wrote in an email Monday to The Crimson, adding that “there may be reasons to rethink how studies of this sort are done—who approves them, and who's informed about it before, during, and after —but I don't see any useful role for a lawsuit here, and I suspect the plaintiff's firm is rather hoping to simply settle, banking on the University not wishing ongoing bad publicity.”

In an interview Monday, Konstantine Kyros, an attorney for the firm exploring the possibility of the class action lawsuit, said that he hopes to speak with students while also exploring the technicalities of the Institutional Review Board approval process for human subjects, ultimately deciding in the coming weeks whether to bring a case against the University.

HarvardX spokesperson Michael P. Rutter declined to comment on the record about the potential lawsuit.

—Staff writers Dev A. Patel and Steven R. Watros contributed to the reporting of this story.