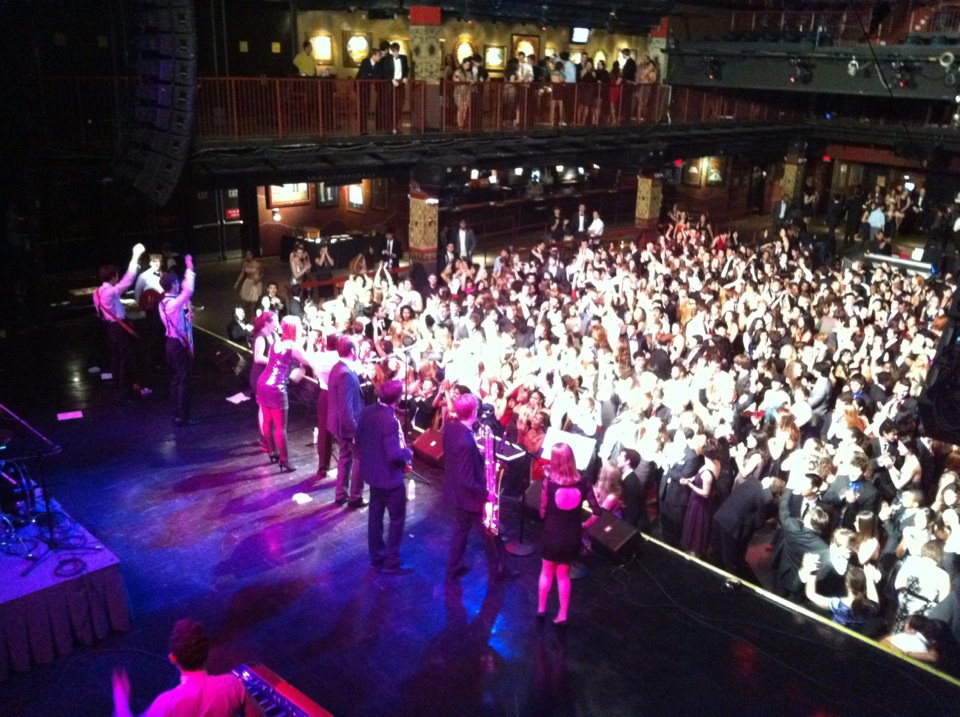 Classical music has a long, outstanding, and institutionalized history at Harvard. The Pierian Society, now known as the Harvard-Radcliffe Orchestra, was founded in 1808 and is the oldest musical organization in continuous existence in the United States. John Knowles Paine, a seminal composer in the American classical scene and a renowned organist, set much of the current Music Department’s core curriculum while teaching there as America’s first music professor. Today at Harvard, we have four full orchestras, performance-based classes, a society for pianists, and countless opportunities for aspiring musicians to show off their art.

But what of punk, rock, or soul? Hip-hop, R&B, or funk? Where is the place for other types of music at Harvard? Where is the legacy of folk legend Pete Seeger ’40? Why is the influence of figures like Rivers Cuomo ’06 of Weezer fame today lacking while his housemate Yo-Yo Ma ’76 teaches masterclasses to future generations of Harvard classical musicians?

Because of classical music’s long-standing history of assimilation within the academic structure at Harvard, small groups of classical musicians have networks of support and paths to performance. The Music Department offers academic courses for ensembles, as well as opportunities to perform. However, according to members in non-classical bands, no similar systems for musicians in other genres seem to exist: while the department does not focus as much on other genre music, as Harvard is not a music conservatory, the possibilities of performing are slim. Without the department or the school’s help, the musicians struggle to secure funding, performances, and perhaps most importantly, stability.

"I got the sense that there, everyone was in a band. There were concerts every weekend, and each concert would have four bands playing, and it was crazy because how many student bands have you gotten to see play at Harvard?" says Ben G. Blumstein '15.

Chamber music groups are often more informal than full orchestras such as the Harvard-Radcliffe Orchestra or the Bach Society and have therefore historically not been included as much in the educational structure of the Music Department. Recently, however, the department has been offering chamber groups opportunities to perform both on campus and for credit, unlike non-classical music groups.

As Professor Robert Levin, who taught the chamber music class, retired this past year, the Music Department brought in as Blodgett quartet-in-residence the Parker Quartet, a renowned chamber music group, to lead the class, now labeled Music 189: “Chamber Music Performance.”

However, since Harvard’s Music Department focuses on classical music, curricular opportunities for those outside the classical are hard to come by. Ben G. Blumstein ’15  has personal experience with this disparity as one half of the duo band entitled “Bared Grillz,” which draws its name from the TV personality and adventurer Bear Grylls. “[Bard’s] music department has music production classes and things like that that a part of myself coming to Harvard wished was here.” Blumstein originally wanted to concentrate in music, but upon arrival, [he] was disappointed in its offerings for students outside the sphere of classical music. “There isn’t a spot in the Music Department here for me to make the kind of music I want to make,” Blumstein adds.

"The pattern I've seen in terms of the lifespan of these organizations [rock bands] is that they come and go. I think the other pattern one sees is that periodically students come along who try and found umbrella organizations to foster a community in the pop rock student world," says Office for the Arts Director Jack Megan. 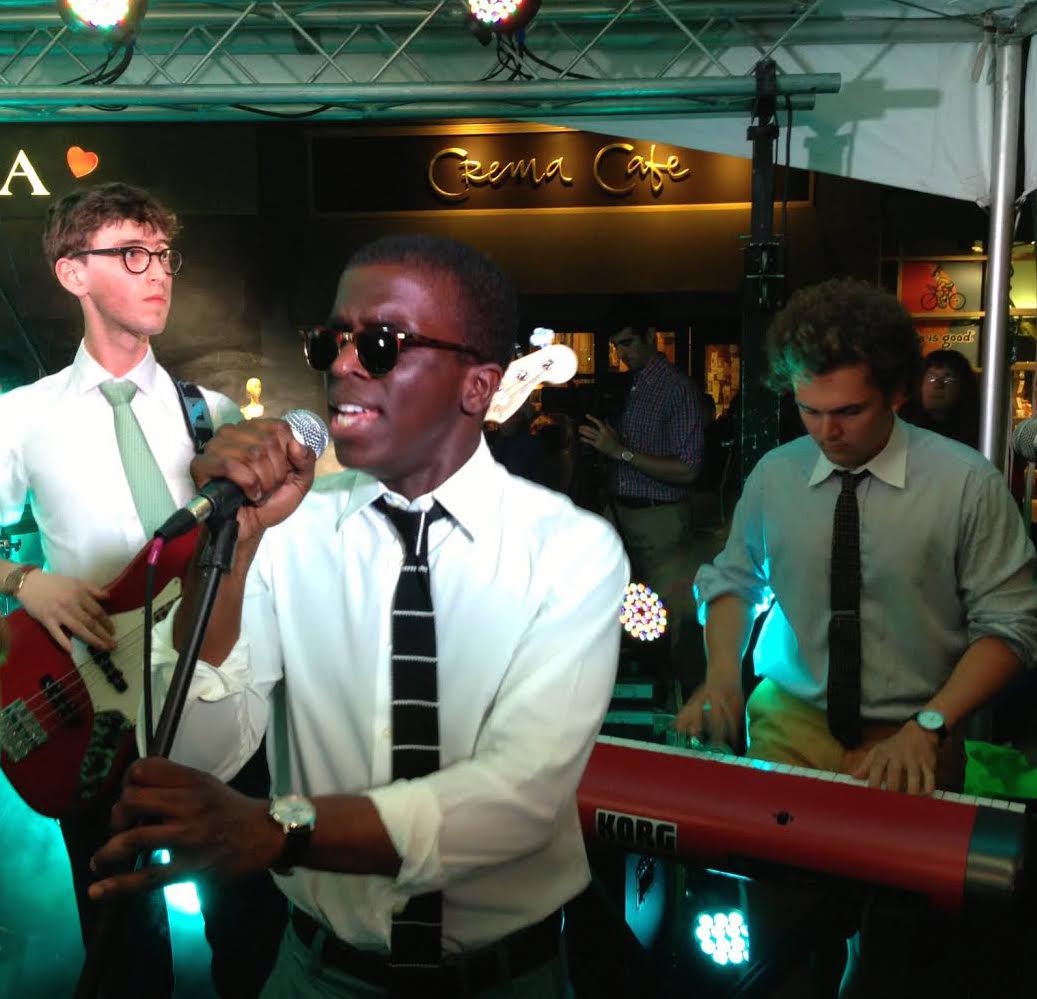 NOT NOW, NOT EVER?

For non-classical bands, the lack of departmental support seems to translates into lack of resources. Office for the Arts Director Jack Megan states that interactions between small independent student music groups and the OFA are minimal at best, noting that most interactions are centered around logistics such as practice spaces or spare amplifiers, with hardly any direct funding going out to the groups. Both Bared Grillz and another band, the Cantab Cowboys, however, have applied for Artistic Development Fellowship grants, and both have been rejected.

However, Megan says that just being aware of bands and student musical groups on campus that exist outside of the current institutional infrastructure is a hard task. A general issue with the prevalence of bands on campus, Megan says, is the problem of continuity. He notes that unfortunately, while non-classical groups often form and try to stay active, they inexplicably fade away. He stresses lack of continuity due to the nature of band structure as a large problem. That is, the members who are a part of the music group graduate after four years, oftentimes necessitating the end of that band’s legacy at Harvard. A larger community or overarching structure that could connect bands or musicians could potentially ameliorate issues of lack of support from other areas at Harvard. “The pattern I’ve seen in terms of the lifespan of these organizations [rock bands] is that they come and go,” Megan says. “I think the other pattern one sees is that periodically students come along who try and found umbrella organizations to foster a community in the pop rock student world.”

Megan points to an application for OFA funding on his desk. The cover page is entitled The Harvard College School of Rock, in the spirit of previous organizations such as the Harvard Rock and Roll Alliance. “Every so often, a student comes along and says, ‘There is really no home for pop and rock here. We can’t book rooms, we can’t get grants, we don’t have the equipment we need, and we have no way of networking and finding each other.’ And every so often a student group will be formed to try and address that problem,” Megan says.

And this lack of OFA resources leads to lack of exposure for certain music groups. Ethan I. Simon ’16  of the Intrinsics, a Harvard student soul band describes the difficulty that student bands face in securing opportunities to perform on campus. “There’s no scene at Harvard at all. There’s support for live music, but for a band our size, there are certain economic mandates that require a scene that’s more expansive to support a 10-person group playing around,” Simon says. “We’ve made it a policy not to play for free, which is pretty rare among college bands. That makes it really hard to continue playing around Harvard.”

"We thought that if we could create a band that would be basically a mobile social space, or wherever there would be a Nostalgics party people could gather and dance to good music, we could form something that would be a good contribution to the campus," says Benjamin Nadaff-Hafrey '13, one of the founders of the Nostalgics.

However, some groups have managed to find a way to resolve the issue of continuity. The Nostalgics and The Intrinsics, though unrelated in their music and most of their group composition—a notable exception being saxophonist Rachel Horn ’14, who was both one of the last members of The Nostalgics still at Harvard and a founding member of The Intrinsics—shared a fund formed by The Nostalgics to promote the existence of bands at Harvard.

Along with Alex Cherenfant Jr. ’13 and Charles G. Gertler ’13, former Crimson Arts editor Benjamin Nadaff-Hafrey ’13 founded The Nostalgics as a soul group in his freshman year at Harvard. “In part, the idea was that there was no real common social space on campus, and so often parties would happen in final clubs or in people’s dorm rooms,” Nadaff-Hafrey recalls. “We thought that if we could create a band that would be basically a mobile social space, or wherever there would be a Nostalgics party people could gather and dance to good music, we could form something that would be a good contribution to the campus.”

The Nostalgics thought of the continuity issue as well, and they began charging money for their gigs for an endowment for a future soul band. Upon graduation, the money was left with Horn, who then went on to found The Intrinsics. As student bands do not easily get funding from the OFA, this fund was a boon for The Intrinsics.

Though The Intrinsics are also a soul band, Simon comments that the two are very distinct. “Our connection to The Nostalgics is actually pretty minimal,” Simon says. “We basically took some of their leftover funds and their OSL student group status and made the Intrinsics. But except for [Horn], we are an entirely new band.”

"The big theme for our program is inclusivity, and showing how music can serve as a participatory means by which to really form community on the one hand and represent it," says Alan M. Toda-Ambaras '13, one of the organizers of the Quad Chamber Players.

Yet perhaps the Houses are transcending the issue of support for non-classical music groups in their own way. The Houses themselves have started to change the interactions and support that student music groups of all genre receive. In Cabot House, Alan M. Toda-Ambaras ’13, one of the organizers of the Quad Chamber Players, is extending the support and availability of performance opportunities to all types of musicians with the advent of the Thursday night community dinners this semester. Every Thursday, Toda-Ambaras sets up a performance of live music, regardless of genre, by a musician in Cabot. Similar programs showcasing House  music exist elsewhere as well, such as in Lowell, where students have the opportunity to perform once a month. Toda-Ambaras believes that bringing music into the dinners helps to add to the sense of House community. He says, “The big theme for our program is inclusivity, and showing how music can serve as a participatory means by which to really form community on the one hand and represent it.”

Meanwhile, programs such as Chamber Music at Mather House and the Quad Chamber Players enable groups to be under a sort of systemization, recruiting interested musicians around the community to form ensembles. The groups perform in concerts and foster a supportive community for small independent classical music groups.

Toda-Ambaras feels that House-run and extracurricular programs like these are fundamental for promoting music in the local communities. “The program seeks to insert itself into the life of the quad community not only through independent recitals but also by showcasing the student ensembles at quad dinners, Masters' open houses…venues that already operate as focal points for the community,” Toda-Ambaras explains. “Contextualizing the music this way, we think, allows for the performances to have the most meaningful impact.” 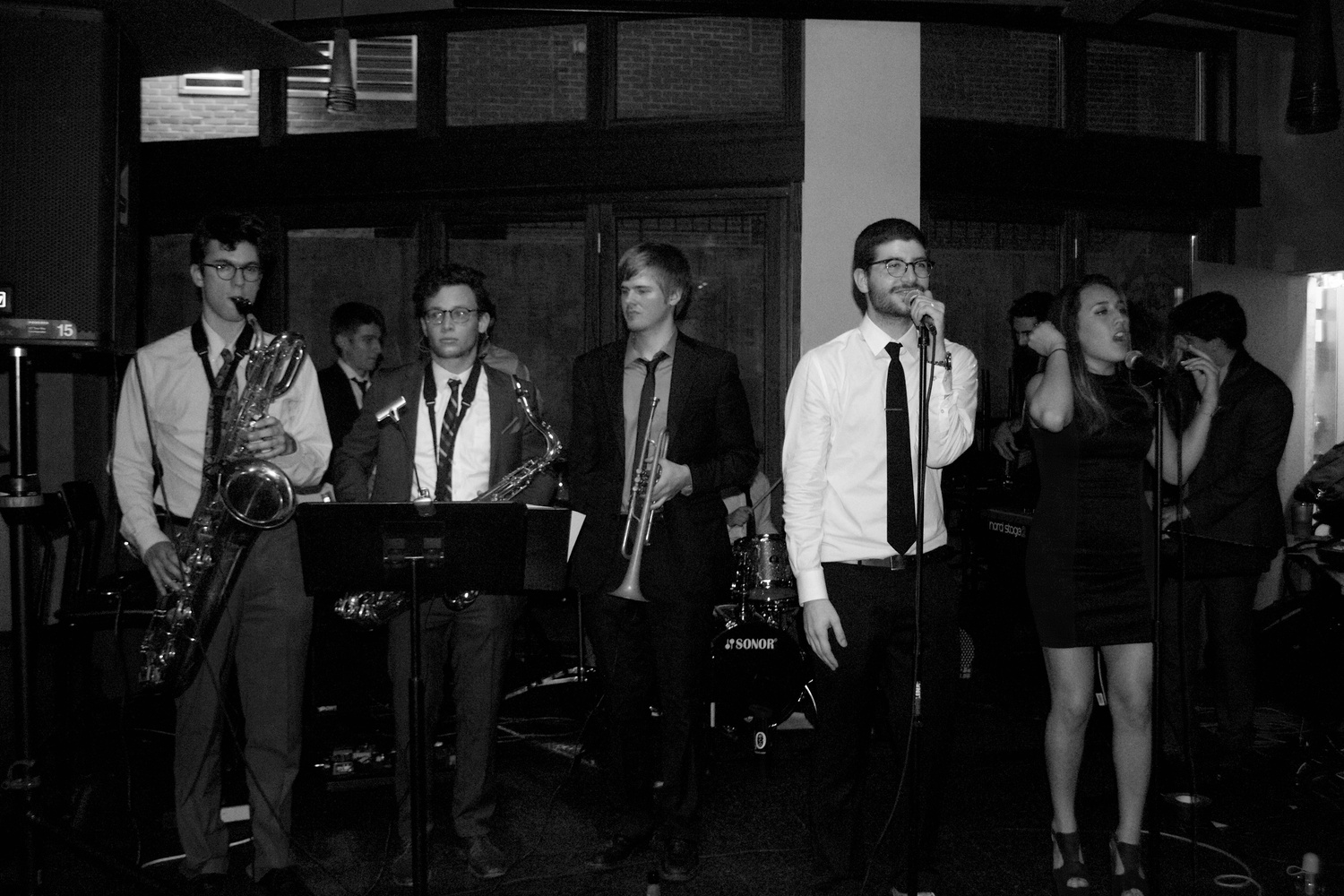 For some, a way forward with music is very set, very clear, and very easy to access. For many others, though, especially those in the tradition of Harvard rockers such as  Tom Morello ’86 of Rage Against the Machine or Bonnie Raitt ’70, establishing a successful independent band is still an uphill battle. “Pop rock was always exciting because it seemed to break all the rules culturally and couldn’t be neatly packaged or fit into anything, which fits into Harvard,” Megan says. Despite the correlation, however, non-classical bands still find it difficult to establish a system of support at Harvard. This lack of a neat packaging makes it difficult for bands to keep their continuity or to establish academic or extracurricular venues for support and success.

But despite the difficulty, many students are still finding their ways to perform. It is to the spirit of folk and rock that these students appeal: recreating the band’s legacy in iterations but maintaining a strong, active, vibrant core—a culture created by filling in the spaces around the establishment, always on the edge.

—Staff writer Layla Siraj can be reached at layla.siraj@thecrimson.com.