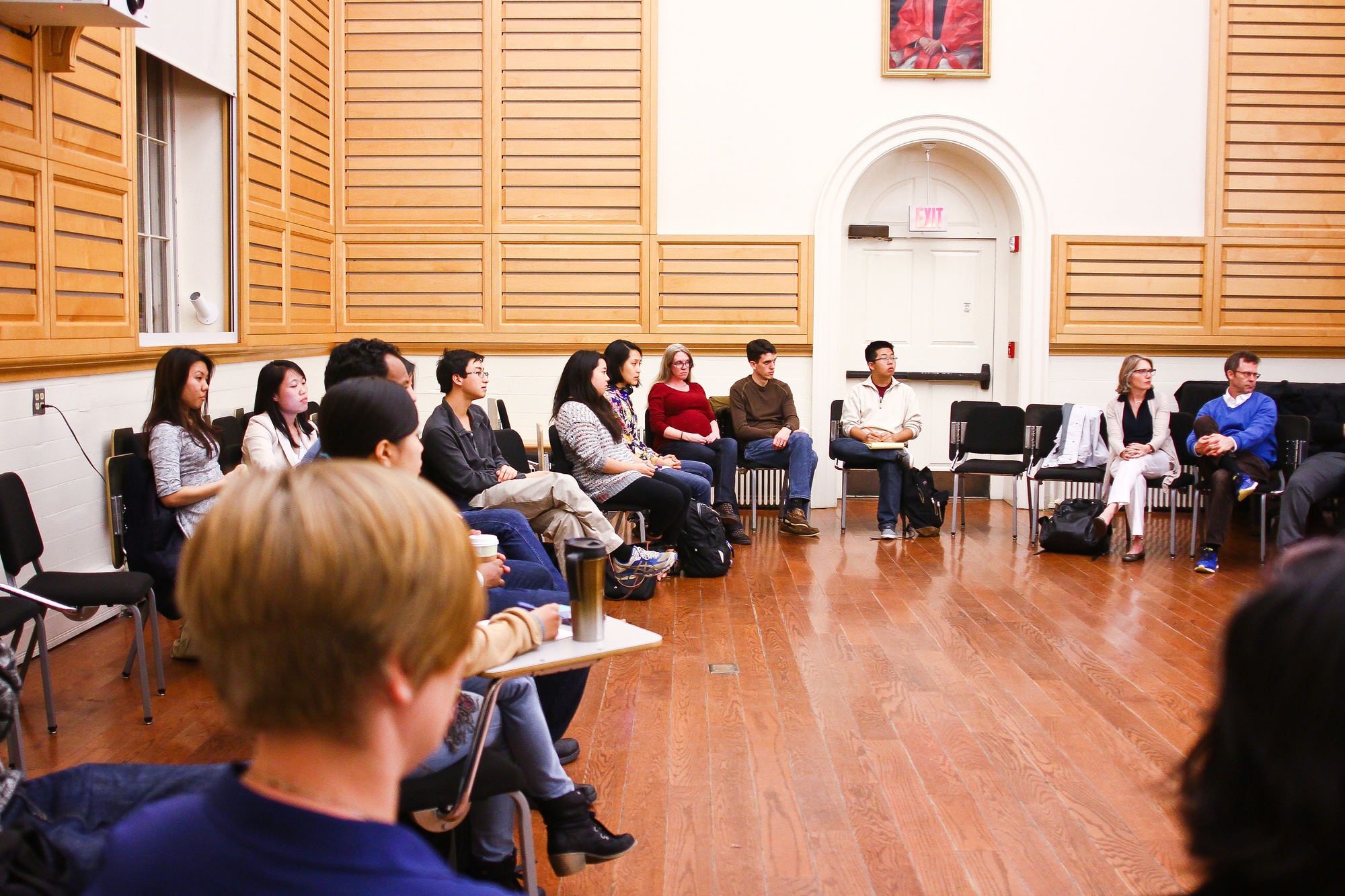 Concerned students gathered for a community conversation in Holden Chapel on Oct. 8 evening in regard to the recent string of emails targeting predominantly Asian-American women on campus. By Shunella Grace Lumas
By Brianna D. MacGregor, Crimson Staff Writer

The Office of Student Life will host a series of discussions to gather student and faculty feedback on potential improvements to the College’s current system for reporting instances of bias, harassment, and discrimination, according to Emelyn A. dela Peña, assistant dean of student life for equity, diversity, and inclusion.

The discussions—which will likely include focus groups, town hall meetings, a working group, and an online forum—come as a response to the emailed death threat sent to several hundred Harvard affiliates, many of whom were Asian women, last month, dela Peña said.

In an Oct. 31 email regarding the ongoing investigation into the death threat, Dean of the College Rakesh Khurana pledged that administrators would work to improve the College’s bias reporting system. In his email, Khurana wrote that the administration would “fully engage the College community throughout this process.”

Currently, the OSL’s website encourages students who believe they have been victims of bias, harassment, or discrimination to contact their House masters, House deans, or one of the College’s five hearing officers. 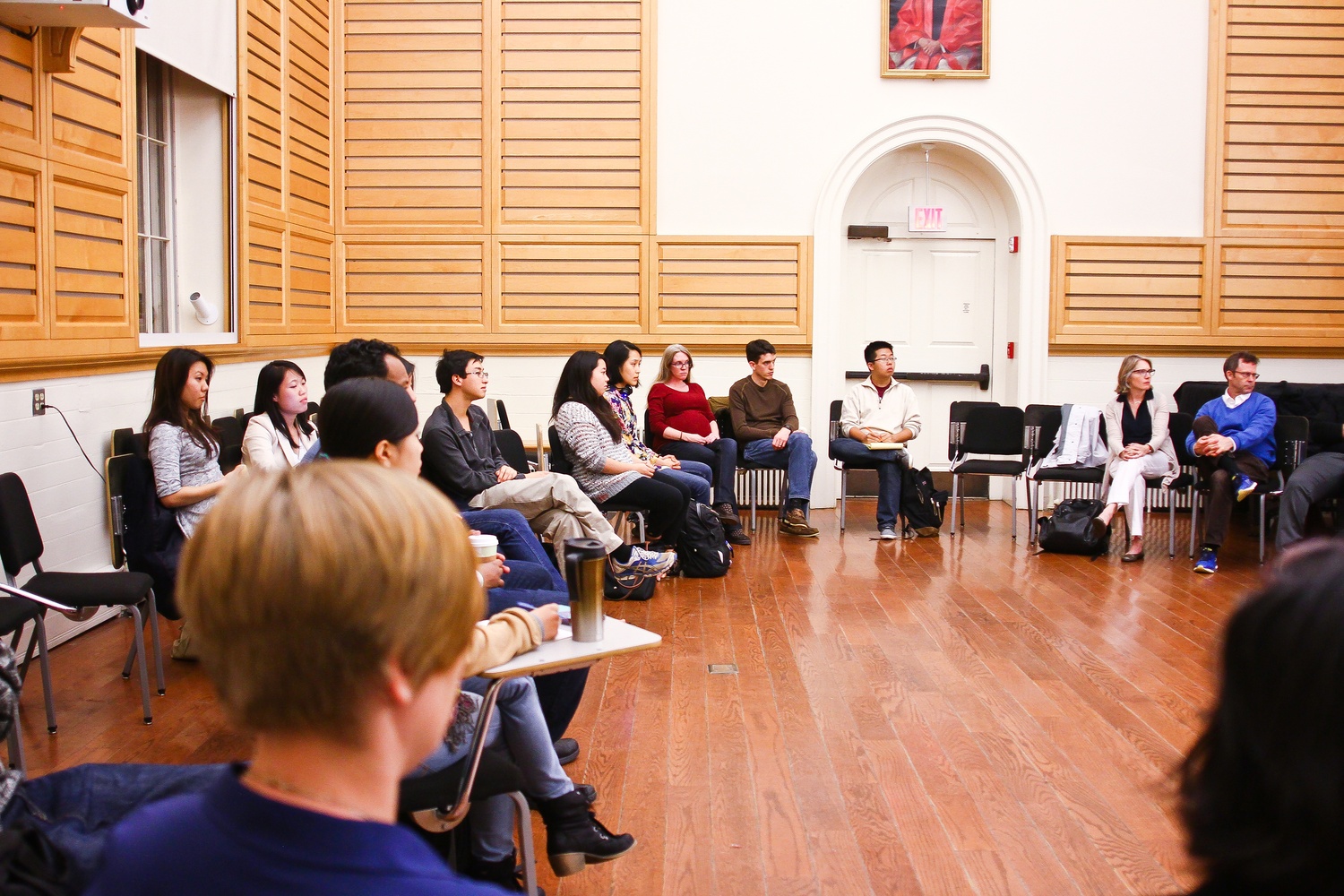 Concerned students gathered for a community conversation in Holden Chapel on Oct. 8 evening in regard to the recent string of emails targeting predominantly Asian-American women on campus. By Shunella Grace Lumas

Dela Peña said she hopes student awareness of existing resources will grow through the process of rethinking the current reporting system.

“I think a lot of people are under the impression that we don’t have a bias reporting system, and we do,” she said, explaining that the contact information for the hearing officers can be found in the College’s Handbook for Students.

“We realized that there are places in our bias reporting system that can be strengthened,” dela Peña said, adding that the current system is designed for bias-related discrimination in situations where there is a clear complainant and respondent.

The system currently in place is not well-equipped to handle incidents like the emailed death threats, which involved hundreds of people, many of whom did not report the incident, dela Peña said.

“We’re just trying to be proactive now, trying to think about all the different contingencies that might happen within a case of a hate crime, bias-related incident, harassment, or discrimination,” she said.