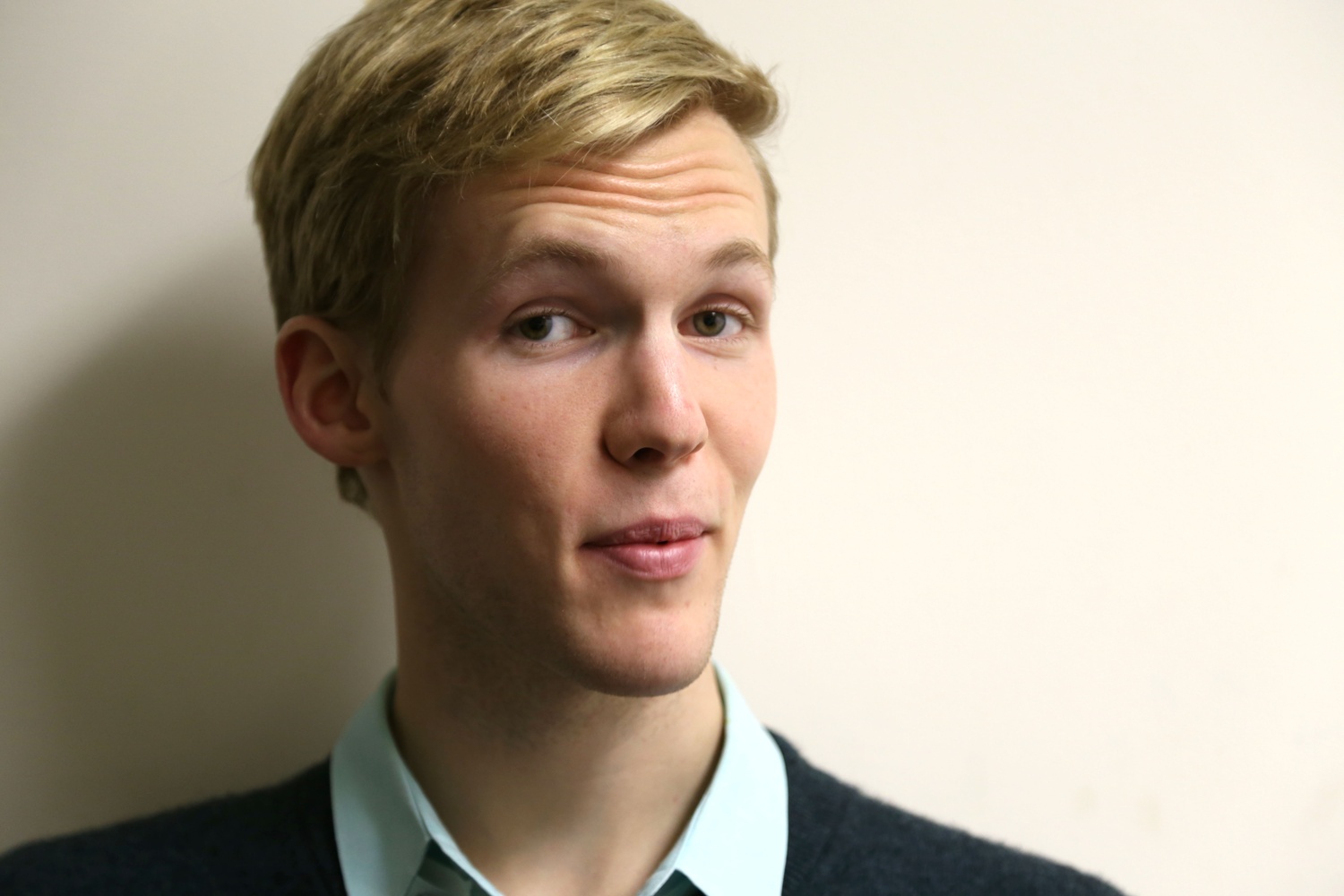 PLUR As Told By Heidegger

Chances are if you’re reading The Harvard Crimson, you’ve never heard of Peace Love Unity Respect. The acronym is a silly combination of sounds—a feline’s pleasure with an extra letter snuck in—and the cliché it stands for wouldn't last a minute in college classrooms. But since the ’90s, PLUR’s been a credo and a life philosophy for rave subculture. This summer it became my personal mantra. This fall I’ve decided it was Friedrich Nietzsche and Martin Heidegger’s as well.
By Colton A. Valentine

Chances are if you’re reading The Harvard Crimson, you’ve never heard of Peace Love Unity Respect. The acronym is a silly combination of sounds—a feline’s pleasure with an extra letter snuck in—and the cliché it stands for wouldn’t last a minute in college classrooms. But since the ’90s, PLUR’s been a credo and a life philosophy for rave subculture. This summer it became my personal mantra. This fall I’ve decided it was Friedrich Nietzsche and Martin Heidegger’s as well.

Right now—remember time is meaningless with EDM or on uppers—warehouses across the world are filled with youngsters clad in fur and glitter. Accoutrements range from plush Pikachu backpacks to pacifiers: pragmatic aids for the jaw-clenching and texture-fetish that accompany MDMA highs. Though commercialized, Avicii-headlined festivals present the EDM scene as dance-crazed, traditional ravers do more than head-bob. Instead, most spend their nights at smaller events, striking up random conversations with people they’re never spoken to. Earnest compliments alternate with expressions of affection; hugs are traded for beaded bracelets called kandi. There’s hardly a drop of cynicism or irony to be found; it’s a world steeped in PLUR.

Four years ago, I knew this world pretty well. As the only licensed driver in my high school friend group, I’d often find myself shuttling friends to warehouses in South San Francisco—then staying to soberly watch PLUR take place from afar. I’d joke about the acronym, but I remained fascinated by the community and kinship it seemed able to create.

The mantra resurfaced this summer when I had my mid-college crisis: a phenomenon that, for most people, results in breaking up with a significant other or fleeing to study abroad. Mine took place on a beach an hour north of Boston, where I finally confronted a habit of distancing myself from others that I’d picked up at Harvard. I’d exit any conversation that seemed banal; say no and no and no again; spend a great deal of time alone reading Proust. Sure, I’d couched my insecurities in the language of psychoanalysis and valid cultural critique, but in truth I was simply detached and judgmental. It took a week of isolation in an apartment, a breakdown while listening to “Midnight Train to Georgia,” and six hours on Singing Beach reminiscing with a friend I’d driven so often in high school to realize just how closed off I’d become.

So I decided to try out PLUR. Maybe my memories of the kandi-loving kids I’d known in San Francisco could teach or reteach me something I’d lost on the East Coast.

The problem with PLUR, though, is that it’s often superficial and almost always chemically induced; a stranger may be a momentary soulmate, but that Love tends to fade as serotonin levels drop. I joked that my summer would be a three-month-long rave, but I wanted more than fleeting Unity or performative Respect.

Over the next twelve weeks, I pushed myself to uncover what authentic, day-to-day PLUR could look like. Though I never bought a binky, I thought about the acronym every day and in almost every conversation this summer. When a Berlin barista asked about my boots or a professor of anthropology interrogated me on an international flight, I’d summon the image of inflated pupils and flashing lights. I’d play a mental clip of EDM, tap into my forgotten vivacity, and speak.

Authentic PLUR, it turns out, is rather elusive, as authentic clichés tend to be. But I’ve come to believe it requires affirming the complexity of those around me, remembering that every person’s wonders and insecurities are just as fascinating and intricate as my own. Enthusiastic interest is genuine if it’s grounded in a belief that people are fundamentally interesting, simply because they are people. Practically, PLUR means pushing through skepticism to say something that may not be novel or ground-breaking, but doing so because it might stimulate a conversation. It means asking questions that leave me vulnerable in the hopes I’ll reveal a layer of nuance in the interaction. Above all, it means recasting the distance I’d coveted as narcissistic and frankly pretty boring. I don’t know about you, but I’ve realized I get pretty sick of my own mind.

This fall, I’m taking German Social Thought, and most days I find myself wondering why ascetic thinkers like Nietzsche and Heidegger are so oddly into PLUR. One of the repeated gripes these Germans have concerns our tendency to withdraw from the world. Traditional theory says we should be objective, that if we create enough distance between ourselves and external reality, we can access universal truth. They call it neo-Platonism; I prefer Freshman-Year Insecurity.

Martin Heidegger finds that ludicrous. For him, the best way to understand a hammer is to use it, just as I’ve found the best way to understand a person is to talk to her. Trying to abstractly get at what tools or people mean is ineffective, or at least, unpleasant. The surface of a first conversation not need be superficial, for it expresses something fundamental about that person—if you affirm that person and ask the right questions.

Nietzsche, too, thinks distance is the scourge of modern society, for it cripples our ability to interact fluidly with the external world. Condemning a vapid story as it’s told ensures I won’t have something natural to say when the monologue ends; but listening closely to trivial comments tends to reveal something meaningful lurking beneath them. A raver’s tendency to start a heart-to-heart with anyone is a radical “yes” to the world and to people. When, one day in section, our TF described Nietzsche’s preferred moral system as “saying yes,” I delightedly scribbled in my notes, “Was Nietzsche the origin of PLUR?”
In some ways, this concordance isn’t entirely surprising. Disillusioned with past models, these thinkers sought new ways to structure social interaction just as ravers create isolated experiences to transform the way people communicate. PLUR and high social theory both stem from a belief in the significance of others; both are tinged with a deep fear of isolation.

This resemblance says something about high and low culture that I’d ignored in my disdainful, pre-PLUR days: Academic philosophy and hallucinogen-fueled acronyms often end up talking about the same sort of thing. Sure, it’s possible to fire up one’s diction, to coat PLUR in jargon and theory, but the core tenets will remain the same. Nietzsche’s abstractions led him back to basic principles of immersion: forget your detached theoretical grounding and engage fully in the present moment. My own flirtations with the ivory tower, it seems, have done the same.

One of Heidegger’s famous maxims—“essence is existence”—speaks to this point. For Heidegger, there are no discrete, isolated individuals, since we are already influencing and co-creating each other. Translating to PLUR terms I get something like this: Find Peace with the people unfolding before me. Love their surface for what it is. Understand the Unity I already have with that surface. Above all, Respect even a seemingly trivial existence for its complex essence. This is my mantra, and I’d like to think an MDMA-rolling, spandex-wearing Heidegger would approve.

Colton A. Valentine '16 is a literature concentrator in Lowell House. He finds power poses and bikram yoga are the best ways to combat nihilism.