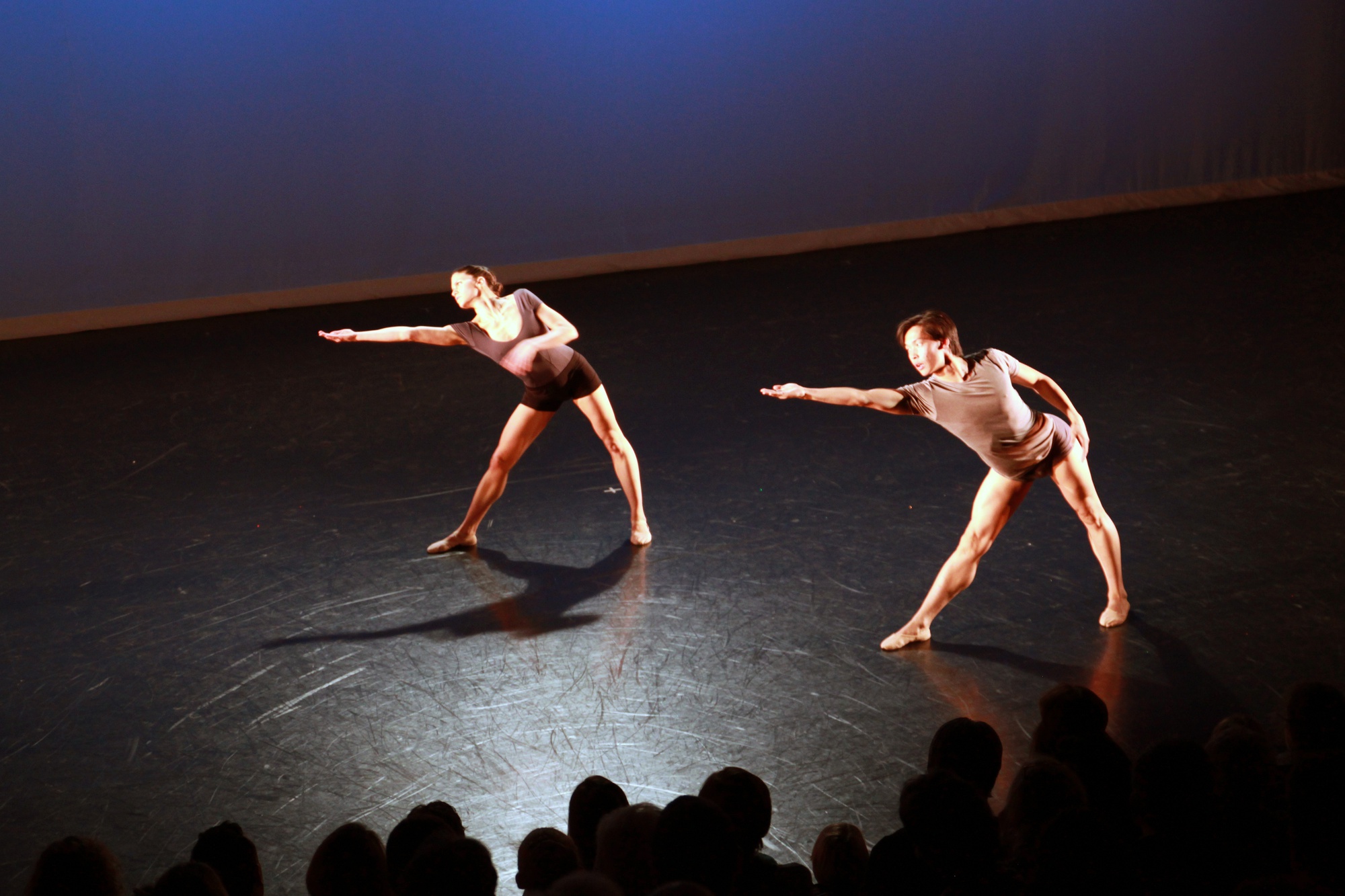 Men in trailing skirts, arm slapping, flexed feet—none of these would you traditionally associate with ballet, but all are prominently featured in Boston Ballet’s upcoming performance of “Close to Chuck,” starting Feb. 20 and running through March 2.

A selection of dancers and choreographers from Boston Ballet brought their skills to a Harvard audience on Feb. 9, performing excerpts of “Close to Chuck,” a program composed of pieces by choreographers Jorma Elo and Jiři Kylián and the world premiere of José Martinez’s new ballet “Resonance.”

Held in the Dance Center at Harvard, the Boston Ballet talk offered dancers, students, and members of the Cambridge community not only the chance to see movements of these pieces in a close, intimate setting, but also the opportunity to hear the dancers and choreographers—including José Martinez himself, through a video clip—talk about the process and answer questions from the audience about these more contemporary ballet pieces.

“It’s really great to have them in our community, and to have them come out here and build a bridge to these communities,” Aranzales said, explaining that while Boston Ballet is relatively near Harvard, students don’t usually go out to see the performances, so this free performance was helpful for engaging the Harvard community.

The excerpt performed from Jorma Elo’s “C. to C.,” originally commissioned by the American Ballet Theater but reworked by Elo for Boston Ballet, drew the audience in from its slightest movements to its intricate pair work. The work is set to music composed by Philip Glass for artist Chuck Close, and in this piece, named for the painter, both men and women wear long, black, trailing skirts that unfold to reveal a self-portrait by Close.

In the work’s first movement, three pairs of male and female dancers stand in convoluted positions in center stage, moving so slowly and with so much care that each choreographed hand roll or eye movement captures the audience’s attention. “The first movement is very slow, and you can actually see all the details of the movement, which for me is really great because sometimes [Elo] has us move so fast that you miss a lot of it or you can’t process it as quickly as you see it,” principal Boston Ballet dancer Kathleen Breen Combes said in the post-performance talk.

“Resonance” by José Martinez, the last excerpt performed, was only completed very recently, as artistic director Mikko Nissinen explained in a video clip played during the event. The Boston Ballet is the first North American ballet company ever to commission a piece from Martinez, who began working with the dancers last fall. “We’d learn 12 or 13 pieces, and then audition with them for [Martinez], and we’ll only end up performing in three,” Boston Ballet dancer Dusty Button explained.

The dancing in “Resonance” exhibits a more classical style, but it is not without its own hint of the contemporary. In the first excerpt, a solo female dancer is passed among five male dancers, barely touching the floor as she flies around the stage on the arms of her partners. One by one, the male dancers walk offstage, leaving the female dancer with a single partner. A second couple dances in and out of the wings, shadowing the work of the main pair of dancers. This transitions into the second excerpt, a pas de deux between the second couple.

As a dancer, Aranzales was ecstatic about the performance. “You can see professional dancers—who are amazing and beautiful—come here and share your passion with you; it’s very rejuvenating to see that,” he said.

He also noted how important these kinds of performances are for the community. “It really brings the arts to Harvard. And having a post-performance talk with the dancers really makes the arts more accessible and shows the deep intellectual understanding behind what can seem like a superficial, moving-your-body discipline.”

-Staff writer Layla Siraj can be reached at layla.siraj@thecrimson.com.