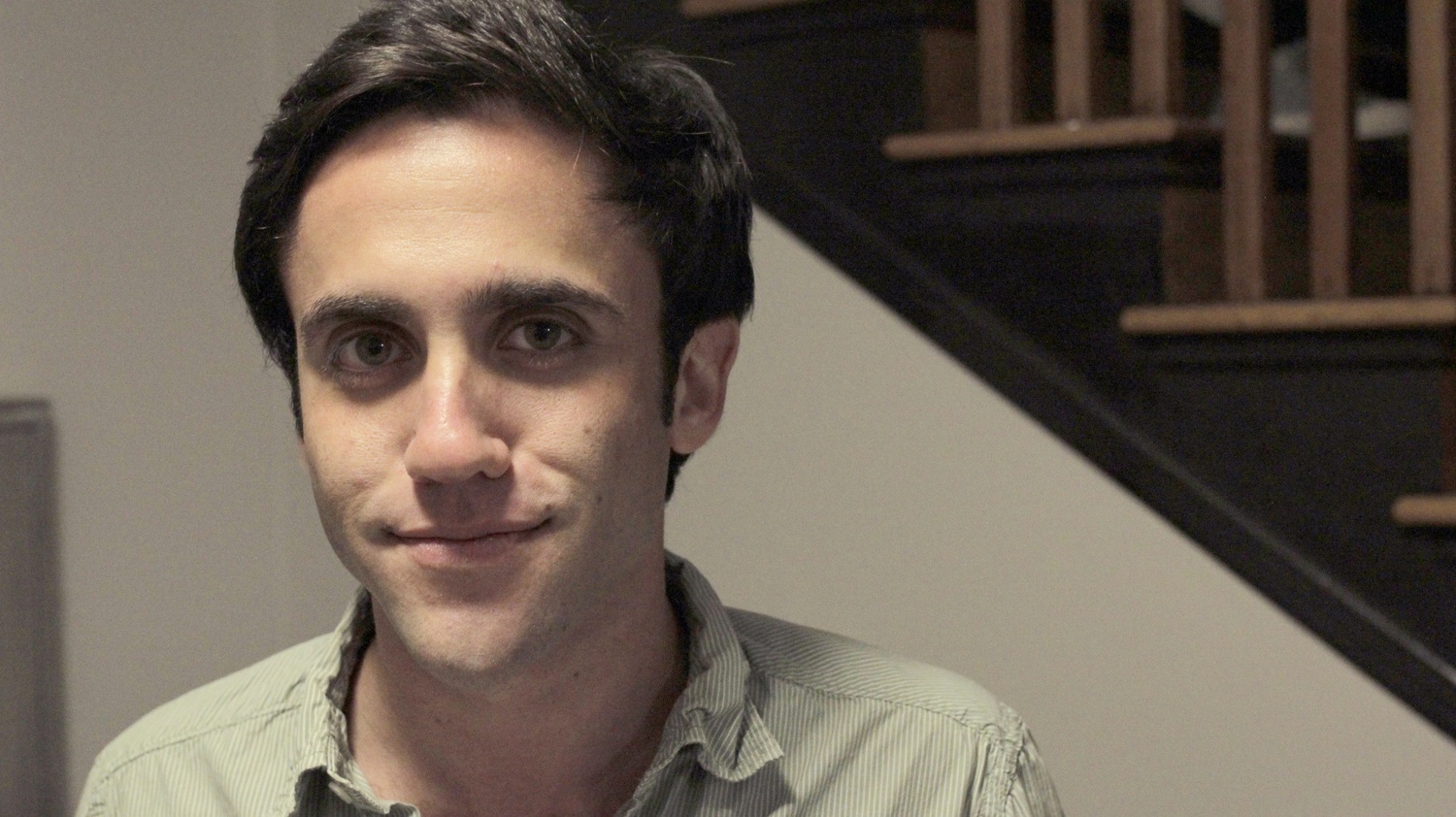 Hey B.J., née Benjamin Joseph, Novak ’01. Guess what? I look just like you. Seriously, I look just fucking like you. Same hair (Br.). Same height (5’9”). Same muscle build (N/A). And then those eyes…. Do people get lost in your eyes, which vary in pigment depending on what we’re wearing, the same way they do mine? Face-to-face, I suppose, we wouldn’t exactly reflect—my jaw is broader—but I’d challenge anyone to find someone who could better refract you and your wonk-lipped fizzog—our wonk-lipped fizzog. It’s not the overall face, just certain features, I think. A part that evokes a whole, like when you hear the lick of a song and it reminds you of a totally different song because of some backbeat you can’t quite put your finger on unless you’re a trained musician, which anyone who saw “Saving Mr. Banks” knows you’re not. Nor am I, to be fair. I’m just a Harvard senior with a delusional vendetta against a semi-beloved TV comedian. You also went to Harvard—a nice coincidence. And you lived in Winthrop, as I do now—even nicer. We have so many wonderful things in common, you and I. So it’s too bad then that when we meet I’m going to have to try to kill you—I’m going to have to take your dark freckled arm and break that motherfucker over my own.

I’ll have to break your arm without you noticing, too, given that as my doppelgänger, you’re my exact double in every way—equal in speed, power, and cunning. Hand-to-hand, bearing forth at the same angle and velocity, our met blows would go nuclear like colliding hydrogen atoms: large Hadron-style. At the end of the battle we’d be left with one question: Was it murder or suicide? Understand: This isn’t a death threat; it’s motherfucking prophecy. The Bible tells us when God created the Earth he created two of each person, and that the only way to get to Heaven is to find your clone and destroy him in a violent and bloody manner (John 3:40, maybe). I expect the same aggression from you.

April 2005: Our lives became inexorably linked. The U.S. version of “The Office” premiered with an episode in which you make a bunch of I’m-too-good-for-this faces at the camera (back when your character, Ryan, was considered a relatable, likable guy). From that moment on I’d hear, “You look just like Ryan from ‘The Office’,” almost daily. Goddamn strangers approached me on the street to point out the resemblance, which those fuckers then dared to refer to as “uncanny.” One of my high school teachers actually pulled up the first Christmas episode in the middle of class just to prove it to himself and, for a month, renamed me Ryan, which was too bad for the three actual Ryans in the class, who were then permanently renamed Ri-Guy, Steve, and Ryan II, respectively.

So if my hate for you isn’t already biblically founded, it derives from the sheer spite of having to hear about you nearly every fucking day of the last nine years. My responses have become stock wit: “No actually, he looks like me,” or, “You mean that good looking fellow from TV?” Seriously, have you heard the name of someone you’ve never met over and over and over again? Have you? Have you had your Facebook wall fill up with images of some other guy from film still and gossip articles with taglines like “saw you in a movie last night,” or “lol, how’s Kelly?” I have to witness your smug face—my face—venture across the world without me, like that fucking gnome in that French movie. In the meantime you’ve not heard jackshit about me. That’s not fucking fair, is it? God makes no two snowflakes exactly the same, but then he gets to me and is like “Fuck it, let’s get that dust off that old clay-mold we used for the Novak kid.” My name’s Noah, by the way, fuckface.

The year I went to college at USC, a friend recommended I try using the resemblance to my advantage by trying to pick up L.A. girls by telling them I was your younger brother, Jesse. (That’s your brother’s real name, right? I Wikipedia’d that shit in anticipation of them using iPhones to check my identity, which they almost always did). The idea was that the girl would mention my resemblance, and then my friend would laugh and say something about my brother, i.e., you, always getting in the way of my game. The modestly-stated celebrity affiliation, we theorized, would woo the co-eds into my freshman dorm room, where I’d seal the deal by claiming ownership of my roommate’s Central Mass. map, point to Newton, and say that’s where us Novak kids grew up and that we should make out. Like shooting fish in a barrel, right?

I want you to know that I owe so many of the weeks (nay, months) of solitary nights my freshman year to you not being an interesting enough celebrity to look like. You know, before you came around I used to be compared to real celebrities—Gyllenhaal, Leto, even John “Manphrodite” Stamos. Once, on the double-decker bus at midnight in London, a sad teenager tried to sell me drugs and asked me if I played Spiderman in the film. Since you’ve stepped into the limelight I’ve gone from Spiderman to B.J. Spiderman to B.J. Needless to say, the transition has been a let down.

A few months ago, you came to Cambridge to do a book talk (I really enjoyed “One More Thing,” by the way). I was too distracted writing a thesis on something more important than “Hamlet” to get tickets (oh yeah, we’ll never forget your “Hamlet” thesis—rosemary for remembrance, bitch). However, when I found out you were stopping by Winthrop brain break afterwards, I sprinted there, bat and a copy of your book to be autographed in hand, ready for the moment I’ve been anticipating for the last nine years. But I was thwarted: You’d already moved on, and two freshmen came up to ask me for your autograph. You’re real fucking lucky. Back then you had no warning. Now you do. I’m coming, asshole. Sure, we might temporarily set aside our lack of differences and perform a series of hilarious pranks on our friends and family, like those dozens of Disney twins running around causing havoc and pissing off Europeans. But ultimately there can only be one of us. Until then, Mr. Novak, I hunt. And whatever compulsion overcomes us at that sweet moment of encounter—be it to kiss or to vanquish each other—I’ll be prepared.

Noah B. Pisner ’14 is a social studies concentrator in Winthrop House. Like B.J. Novak, he is a comedian and totally joking right now. He’d settle for a cup of coffee with Novak.