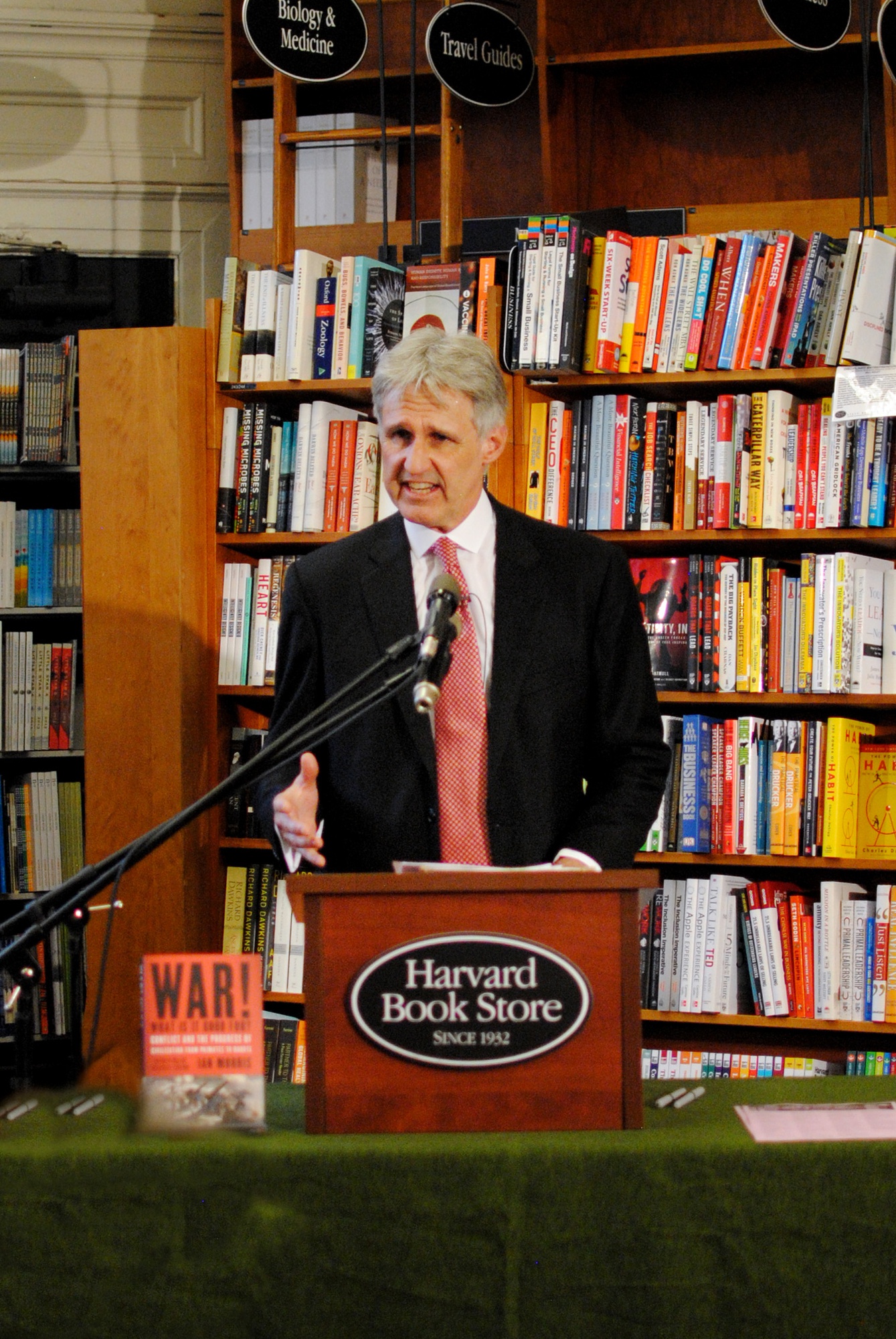 Stanford Professor Ian Morris talks about his new book, "War! What Is It Good For?" at the Harvard Book Store on April 21. By Tiana A Abdulmassih
By Harrison J. Choate, Contributing Writer

During a book talk at the Harvard Book Store Monday evening, Stanford professor of history and Classics Ian Morris argued that wars force society to become stronger and less violent.

Morris outlines his theory in a new book entitled “War! What Is it Good For?: Conflict and the Progress of Civilization from Primates to Robots,” which was released earlier this month. 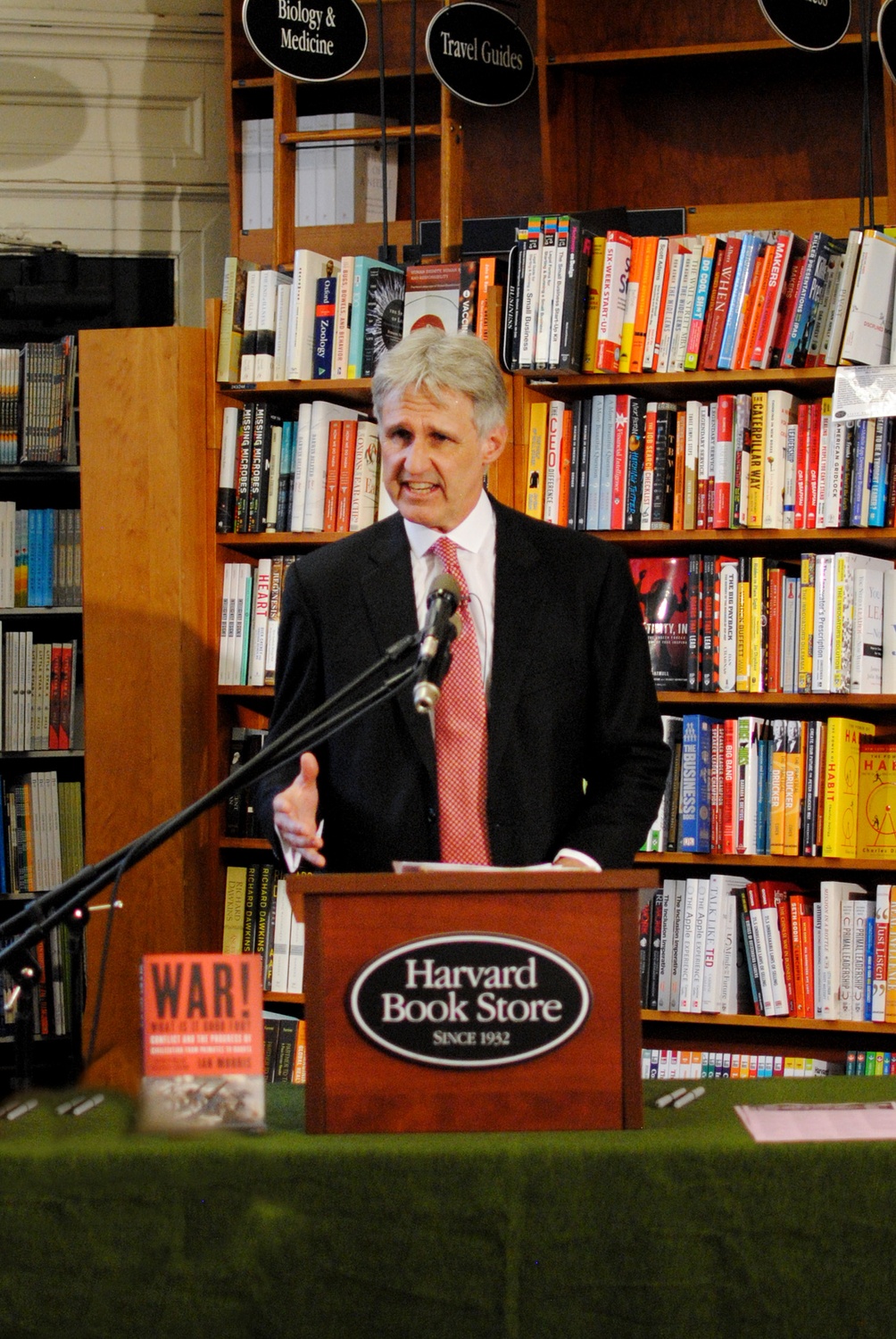 Stanford Professor Ian Morris talks about his new book, "War! What Is It Good For?" at the Harvard Book Store on April 21. By Tiana A Abdulmassih

“By fighting wars, people have created bigger societies that are more organized and reduced the risk that people have died violently,” he said.

Morris said his book stands apart from the body of previous scholarly work because it looks at a broader historical spectrum.

“I tell a continuous story,” Morris said. “You don’t need as many variables as many of these other scholars suspected—war drives the whole story along.”

Morris also noted that his book reveals some troubling implications for the future. The world now needs a “globo-cop” to police trade and make other nations wealthier, but such superpowers are bound to create rivals, Morris said, just as the United States has done with China. If the trend of international competition continues, the next 40 years could be extremely dangerous because of new nuclear weapons and resurgent global instability.

More than 30 listeners from the Cambridge area, as well as a C-SPAN news crew, crammed into the Harvard Book Store to hear Morris discuss his book.

Although few attendees said they had had the chance to read the book beforehand, the talk prompted many purchase it at the store.

“[The talk] was really interesting and thought-provoking,” attendee Randal Wendell said after buying a copy. “I’m definitely excited to read [the book].”