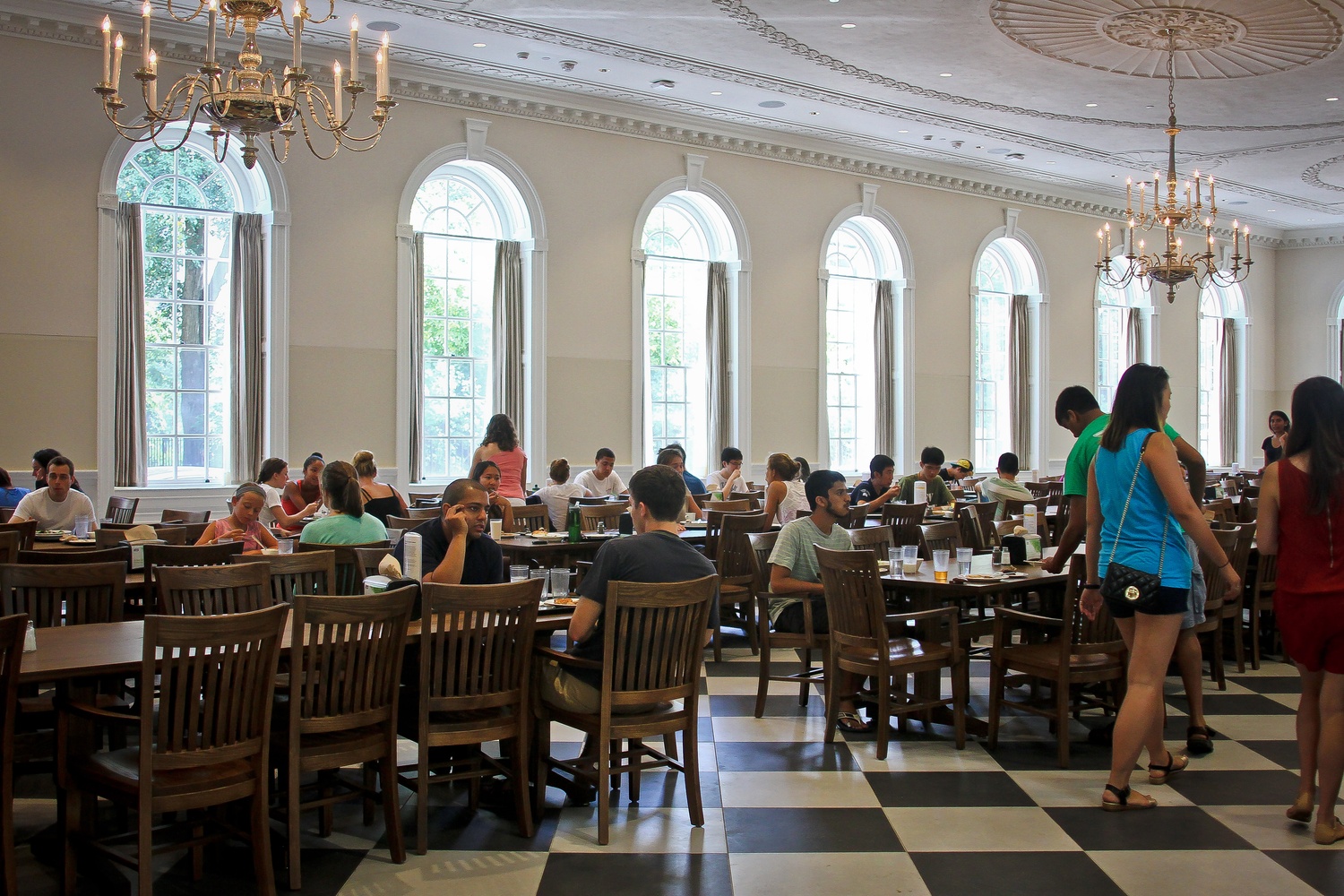 Yellow and green flags were waving from the facade of Leverett House this weekend as students moved into McKinlock Hall, which was reopening after over a year of construction.

The building is the largest completed renovation to date in the College’s more than $1 billion House renewal project, and the modernized social spaces and bedrooms have drawn praise from the Leverett community.

“It’s amazing,” she said. “There’s hardwood flooring, and I think some furniture came with some of the suites, so there’s really nothing to complain about.” 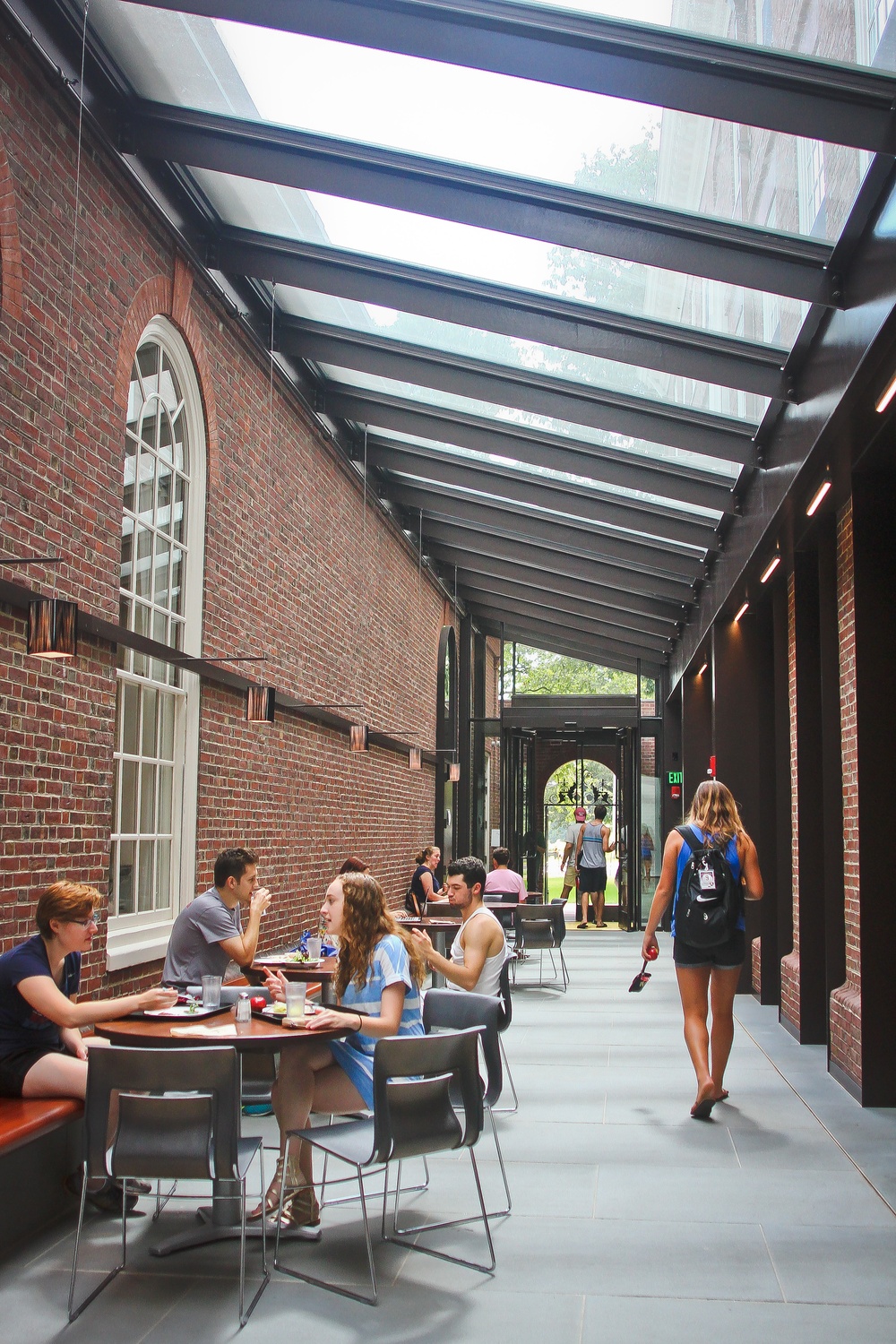 The newly renovated McKinlock Hall, including a new light court, opened for students a few days ago after undergoing a year of renovations. By Shunella Grace Lumas

The long hallways—which resemble those of Quincy’s renovated Stone Hall—feature a combination of singles, doubles, triples, and larger suites, as well as shared common spaces with couches, tables, and a television. The project included the first dining hall rennovation of the renewal process.

The building also houses elevators and gender-neutral restrooms. The changes are part of a push throughout the House renewal process to improve dorm accessibility.

While all of the restrooms are currently labeled as unisex, some may soon revert to single-sex. According to Eberhard, members of the McKinlock entryways will convene this week to determine which restrooms will be designated as single-sex and which will remain unisex.

“It’s really nice that they’re considering our personal views on the whole thing,” she said.

Leverett House Master Howard Georgi ’67 expressed his enthusiasm for the newly renovated hall and highlighted the addition of new common spaces that he hopes may help students have impromptu events.

“My favorite is the Rabbit Hole—our name for the basement common room. Leverites have already started hanging out there,” Georgi wrote in an email. 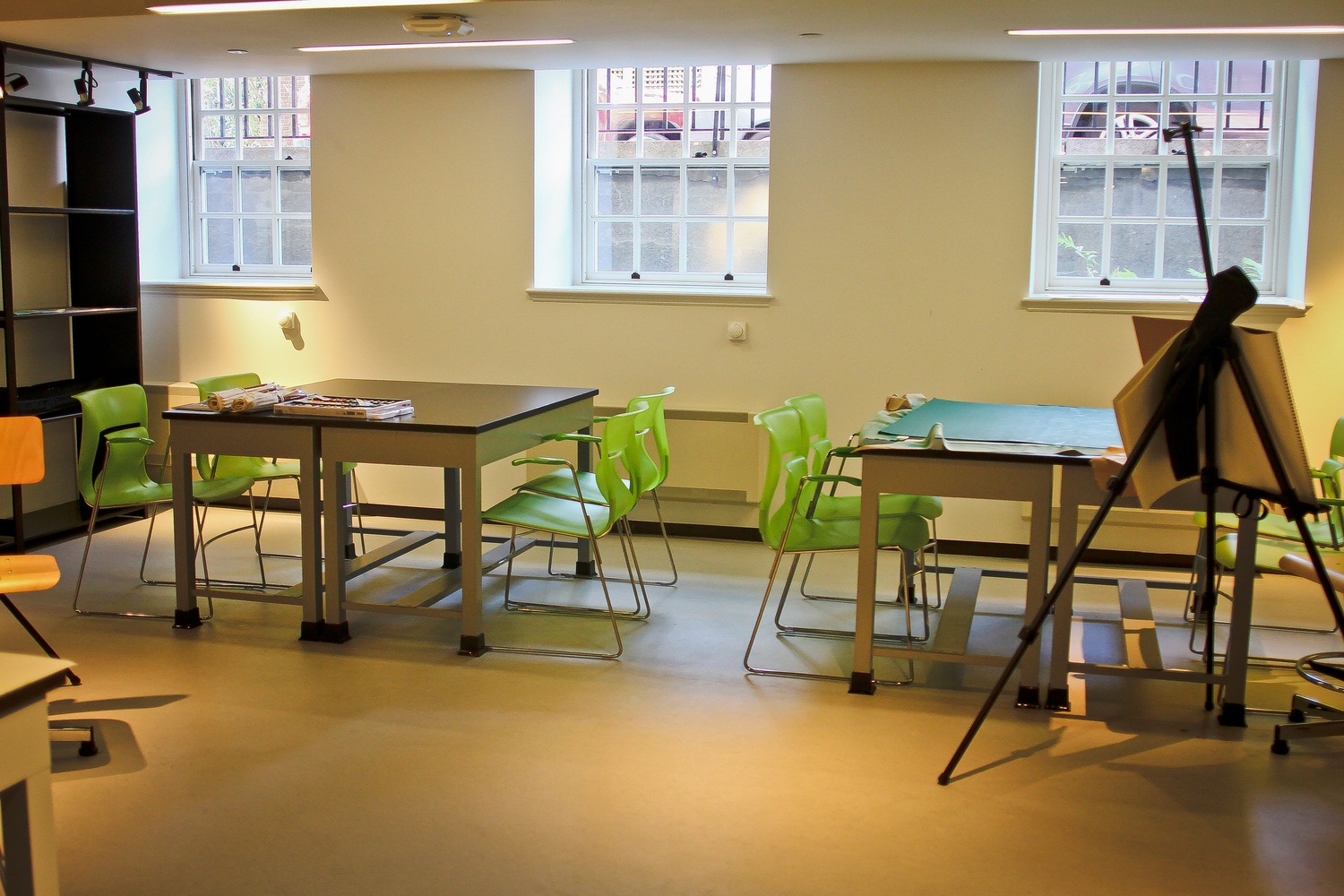 The renovated basement boasts art spaces, music practice rooms, and a lounge with games and study spaces. After moving in, Ndousse-Fetter and Kat E. Kearney ’17 made use of the communal art supplies to paint in the basement.

Georgi noted that he looks forward to getting to know all the Leverett residents who are returning from last year’s scattered swing housing, as well as the incoming sophomores. House-wide events, such as community nights in the dining hall, are going to help smooth the road for those returning to the house and bolster the Leverett community, he added.

Georgi said that student input is important to successfully utilize new resources in the House.

“There will be many other changes, but I want them to come from the students, and we plan to set up a number of student groups to take charge of some of the new spaces,” he said. “We have a lot of new traditions to develop!”