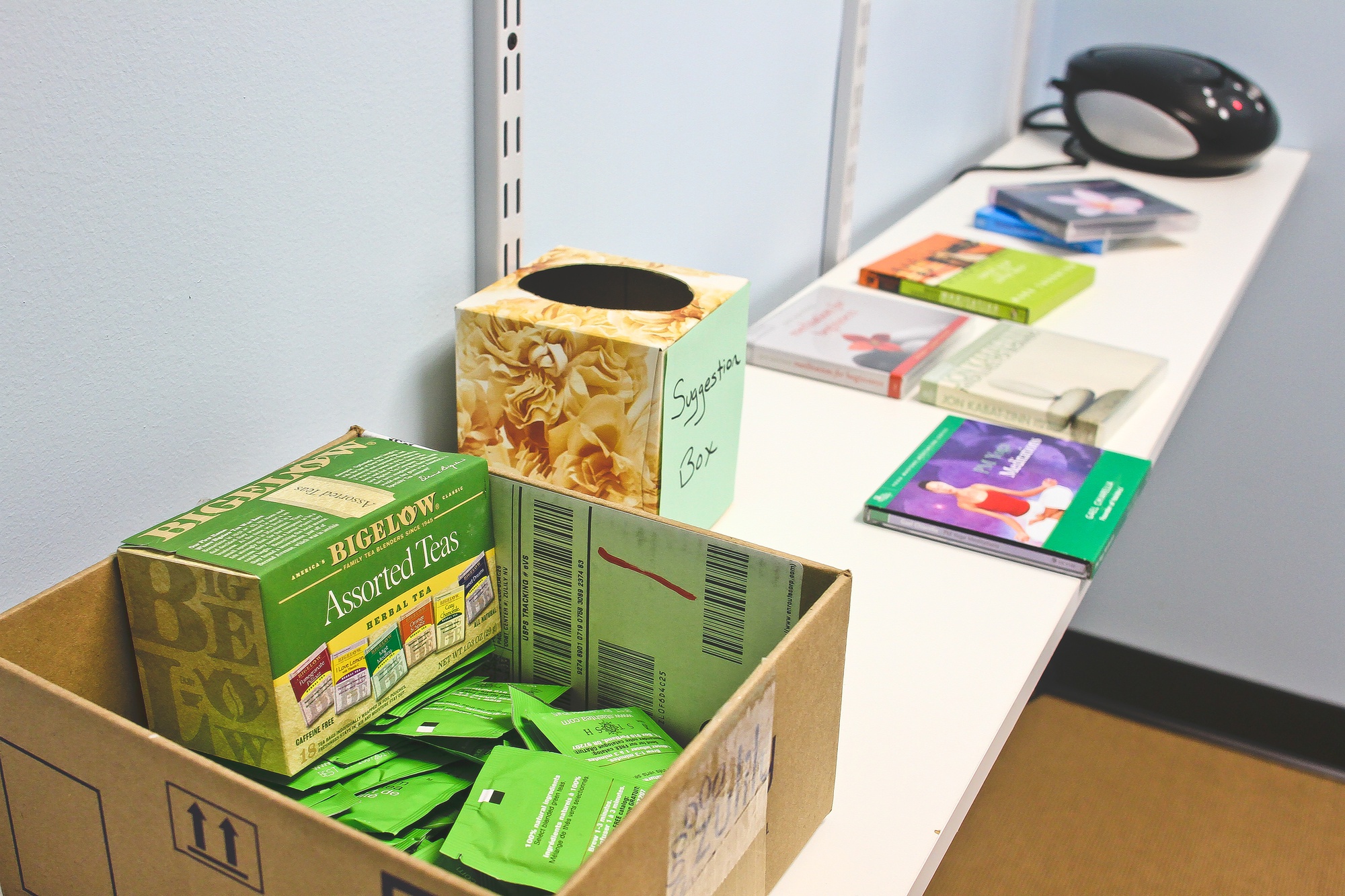 Dozens of freshmen gathered in the basement of Grays Hall on Tuesday night to celebrate the opening of the Serenity Room, a space created to help address stress on campus, with fresh fruit and free massages.

The space, which will be open 24 hours a day, is the first of its kind in the Yard, modeled after similar rooms devoted to relaxation in several of the upperclassman Houses.

The creation of the room, spearheaded by the Freshman Dean’s Office with the assistance of a grant from the Dean of the College, was a response to a recent report on the sources and levels of stress on campus, according to Elm Yard Resident Dean Jasmine M. Waddell. 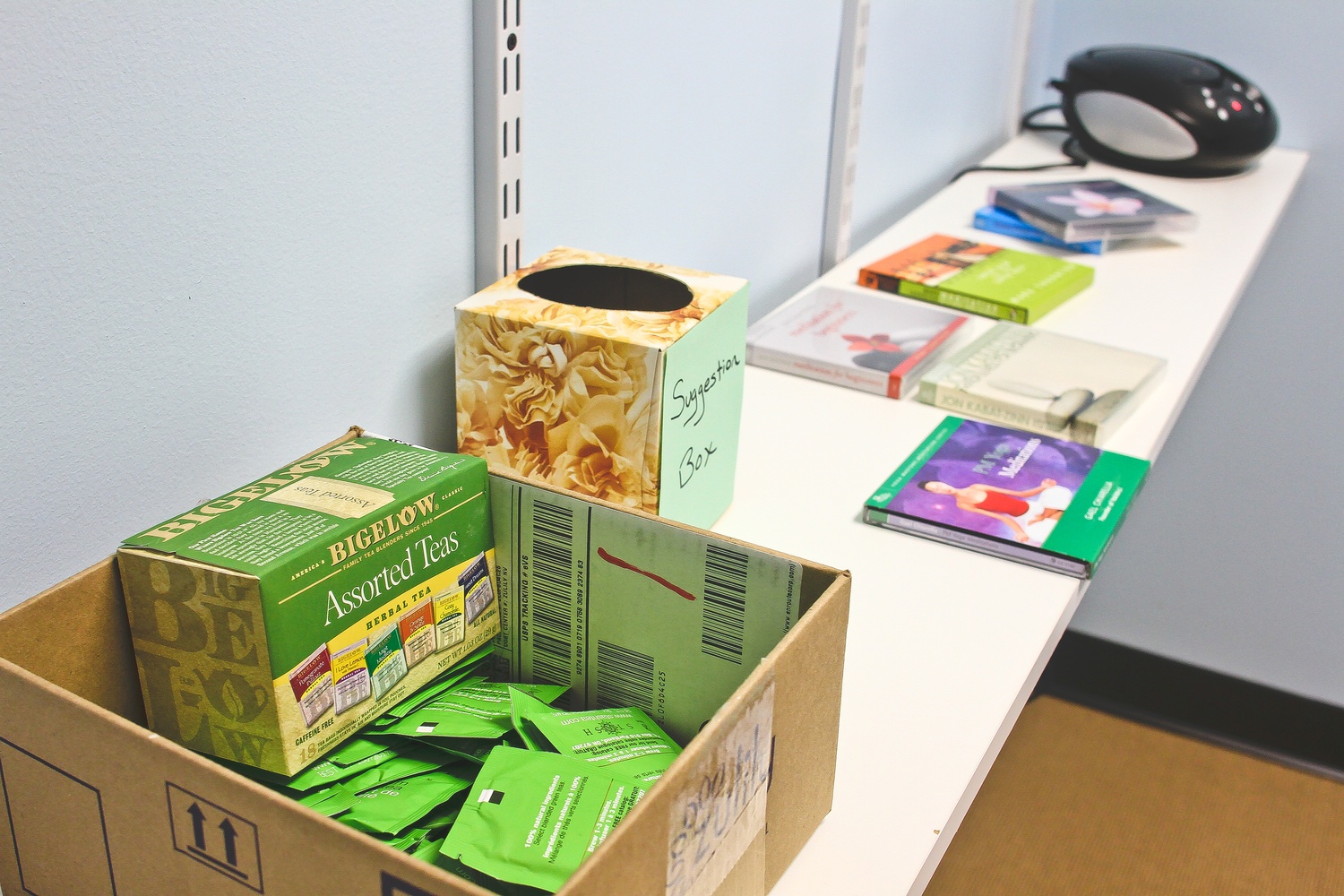 The newly opened Serenity Room in the basement of Grays Hall offers commodities such as teas and meditation tapes. By Shunella Grace Lumas

“We’re really excited because this room responds directly to some of the recommendations that came out of that stress report, and we were able to do it very quickly,” Waddell said, noting that the project was initially conceptualized last spring.

Calling the room a “public health intervention,” Waddell said that the FDO collaborated with the Center for Wellness at University Health Services to ensure that the space is equipped to aid stressed students.

At the opening, students were invited to take off their shoes at the door and enjoy the newly redone space, equipped with pillows, chairs, and directions for self-guided meditation. Director of the Center for Wellness Jeanne Mahon led a brief guided meditation session during the opening event, the first in a planned series of similar sessions at the space.

Dean of Freshmen Thomas A. Dingman '67 introduced students to the space on Tuesday and voiced his hope that students would play an integral role in shaping the programming offered in the Serenity Room.

“We are aware of how quickly freshmen often find themselves overcommitted,” Dingman said, adding that he hopes the room will serve as a space for students to slow down and reflect.

According to Waddell, the room is wheelchair-accessible and will remain open all day as an alternative to other options for relaxation, such as study breaks, which occur at designated times.

“Having a space to just relax and where the conversation isn’t centered around how stressed you are is really important,” he said.