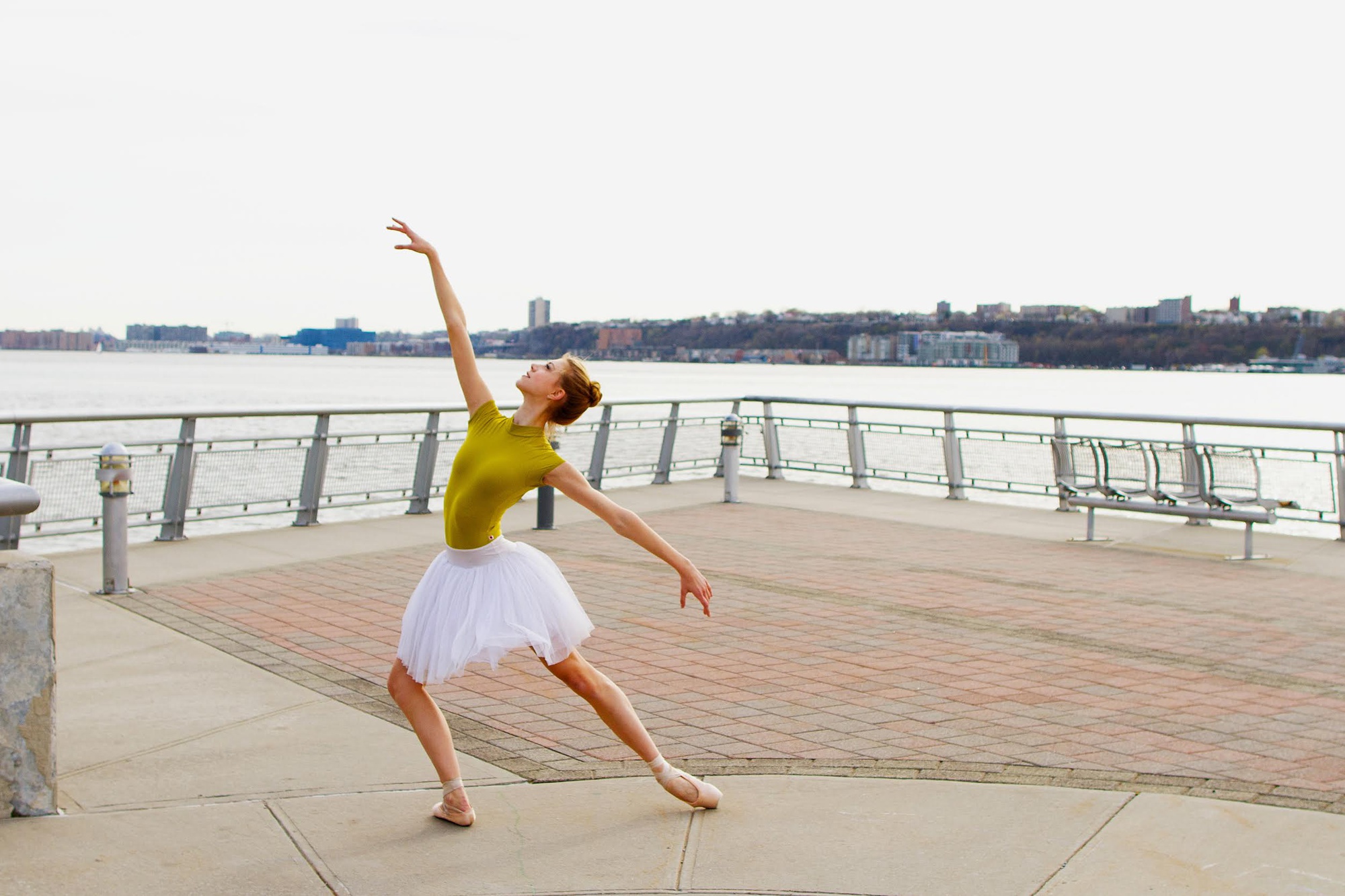 At 9:30 a.m., when most students are struggling to get out of bed, Kaledora F. Kiernan-Linn ’18 is already starting her pliés in company class.

As a dancer in Boston Ballet II, Kiernan-Linn is in the studio weekdays from 9:30 a.m. to 6:30 p.m.—a schedule that will only become more hectic as Boston Ballet begins its performances at the end of October. She will be performing in her first company role in the corps de ballet of “Swan Lake” this October.

A New York City native, Kiernan-Linn (who goes by the stage name of Kaledora Fontana, using her middle name rather than her last) started taking ballet lessons at a young age, “like everyone does in New York,” Kiernan-Linn says. After moving to San Francisco at the age of five, she stopped taking lessons. “It wasn’t really a big thing in my life yet,” Kiernan-Linn recalls. However, the following year, she began to train with the San Francisco Ballet School. “I knew I liked it immediately—that’s when ballet really started for me,” she says.

“Some of my earliest memories of ballet are of facing the barre and working on positions and trying to perfect something,” Kiernan-Linn recalls. “I didn’t care that I wasn’t on the music….I would always be the person who stays after to ask questions about different moves and combinations.”

At the age of 11, Kiernan-Linn and her family decided to settle down back in New York City. “Dance was a big factor in my life at that point,” Kiernan-Linn recounts. “I probably knew when I was eight that I wanted to be a dancer. But it wasn’t weird to me, and I didn’t think it made me special or something. I just took it for granted that some people want to do other things but that I wanted to be a dancer.” Though they were not moving for another year, Kiernan-Linn decided to try out for the prestigious School of American Ballet (SAB) to see if she could make the cut. She did.

When it came time to apply to colleges, Kiernan-Linn focused on Columbia, but her mother suggested she apply to Harvard for fun. “I never even imagined I would get in,” Kiernan-Linn remembers. After acceptances to Columbia, Stanford, and Harvard came in, she toured Columbia and Harvard, ultimately deciding that Harvard’s flexibility trumped Columbia’s location. She accepted her spot at Harvard and deferred for a year to finish her ballet training and look for a contract with a ballet company.

The following year, Kiernan-Linn signed a contract with Boston Ballet. “I came out [of the audition], and [Artistic Director] Mikko [Nissinen] said, ‘You have the job!’ And we were all screaming and crying with happiness,” Kiernan-Linn says.  “My mom said, ‘Ask about Harvard—it’s now or never!’ And so I went over and asked him, and he was very understanding and said ‘yes’ immediately.”

In order to be able to both dance for Boston Ballet and attend classes at Harvard, Kiernan-Linn had to pick her schedule very carefully. She currently misses rehearsals on Mondays and Wednesdays to take classes and attend sections 1-5 p.m. She also takes a freshman seminar on Tuesdays, 4-6 p.m., for which she must also miss rehearsals, and a fourth class for which she cannot attend lectures in person but must watch them online by herself.

Kiernan-Linn is the first to admit the intensity of her scheduling, which leaves her little time to finish her coursework, let alone sleep.“It’s hectic, but I could never imagine myself giving up dance.”