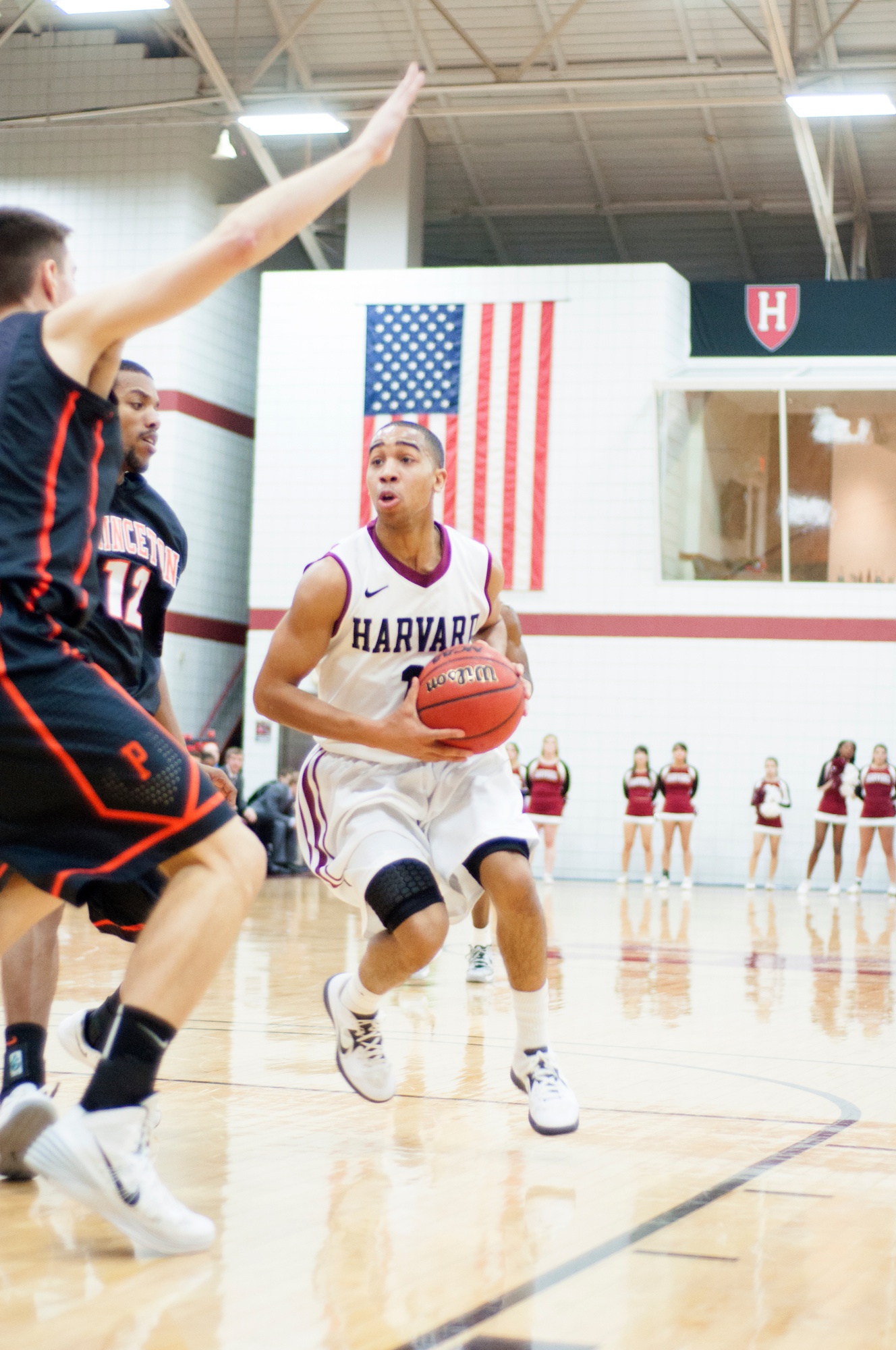 After a loss against Dartmouth this past weekend, the Crimson go on the road to compete against the Killer P's. By Robert F Worley
By Andrew Farber, Crimson Staff Writer

For the rest of the college basketball world, this weekend presents merely the latest edition of quotidian regular season matchups. Nonetheless, for the Harvard men’s basketball team (11-5, 1-1), Friday night will mark the unofficial commencement of its 14-game Ancient Eight “playoff”.

Though the Crimson has already split games against league opponent Dartmouth, now comes the true test: playing consecutive contests at Princeton (8-9, 1-0) and Penn (5-10, 0-1).

“This swing has always been a nightmare for anyone in our Conference.” Head Coach Tommy Amaker said. “Both teams play at historic venues on their home courts.”

The Ivy League is defined by its unique schedule, which calls for teams to play back-to-back conference games, in a format that sends the school with the best record to the NCAA tournament without its own playoffs.

While many expected Harvard, ranked No. 25 in the Associated Press preseason poll, to be undefeated in conference play heading into this weekend, the Crimson squandered a 14-point lead, as Dartmouth rattled off a 26-2 run in the upset at Lavietes Pavilion.

“We have to be ready to compete every night.” senior guard Wesley Saunders said. “Now we know how hard teams are going to come out and try to beat us.”

As a result, the importance of Friday and Saturday nights’ matchups for Harvard has only been amplified.

Friday, the Crimson will take on the Tigers live on ESPNU at Jadwin Gymnasium, where Harvard snapped a 24-game losing streak just a season ago. Princeton is led by sophomore guard Spencer Weisz, the reigning Ivy League Rookie of the Year, and leading scorer this season for his squad at 13.1 points per game.

Defensively, Saunders and junior Agunwa Okolie will likely share the task of slowing down Weisz, as both guards present the necessary size.

“[Princeton’s] style and their system puts them in a position to space the floor and do all of those things,” Amaker said. “Nothing that we haven’t seen out of them in the past, but certainly they are always a challenge given their philosophy and their system.”

Nonetheless, the Crimson surely seems up to the task, as Harvard currently ranks 13th in the NCAA in fewest points allowed per game at 57.2.

Offensively, going inside could be the key for the Crimson in securing its second conference win of the season. Princeton has struggled to both rebound and block shots on the interior this season, and the likely return of senior center Kenyatta Smith combined with the recent rise of senior Jonah Travis could play a big factor.

Meanwhile, Saturday’s contest at the Palestra will present an entirely different challenge: stopping 6’ 11’’ center Darien Nelson-Henry. Nelson-Henry is coming off a 14-point performance in a win over Saint Joseph’s, a formidable Atlantic 10 conference team.

However, stopping Nelson-Henry may not be the biggest problem for Harvard, who ranks 21st in the NCAA in blocks per game, as a lack of size might affect the Crimson’s ability to score in the paint.

Unless Amaker chooses to give sophomore Zena Edosomwan his fourth start of the season, Harvard will have no player at tip-off that is listed above 6’ 7’’.  As a result, the play of its guards, particularly junior captain Siyani Chambers and sophomore Corbin Miller, could be pivotal in stretching out the Quaker’s defense from beyond the arc.

Though the Crimson handily beat Penn by a combined 50 points in last year’s two matchups, this Quaker team boasts the addition of freshman Antonio Woods. Woods, a nifty guard who dropped 18 points against No. 5 ranked Villanova, could keep Chambers busy throughout the game.

In the 59 seasons of Ivy League play, only 14 teams have begun conference play either 0-1 or 1-1 and still been crowned the champion. In fact, the last team to win the conference after starting 1-1 was Penn in the 2001-02 season.

On Friday, Harvard will look to take its first step to becoming number 15.

—Staff Writer Andrew Farber can be reached at andrewfarber@college.harvard.edu.