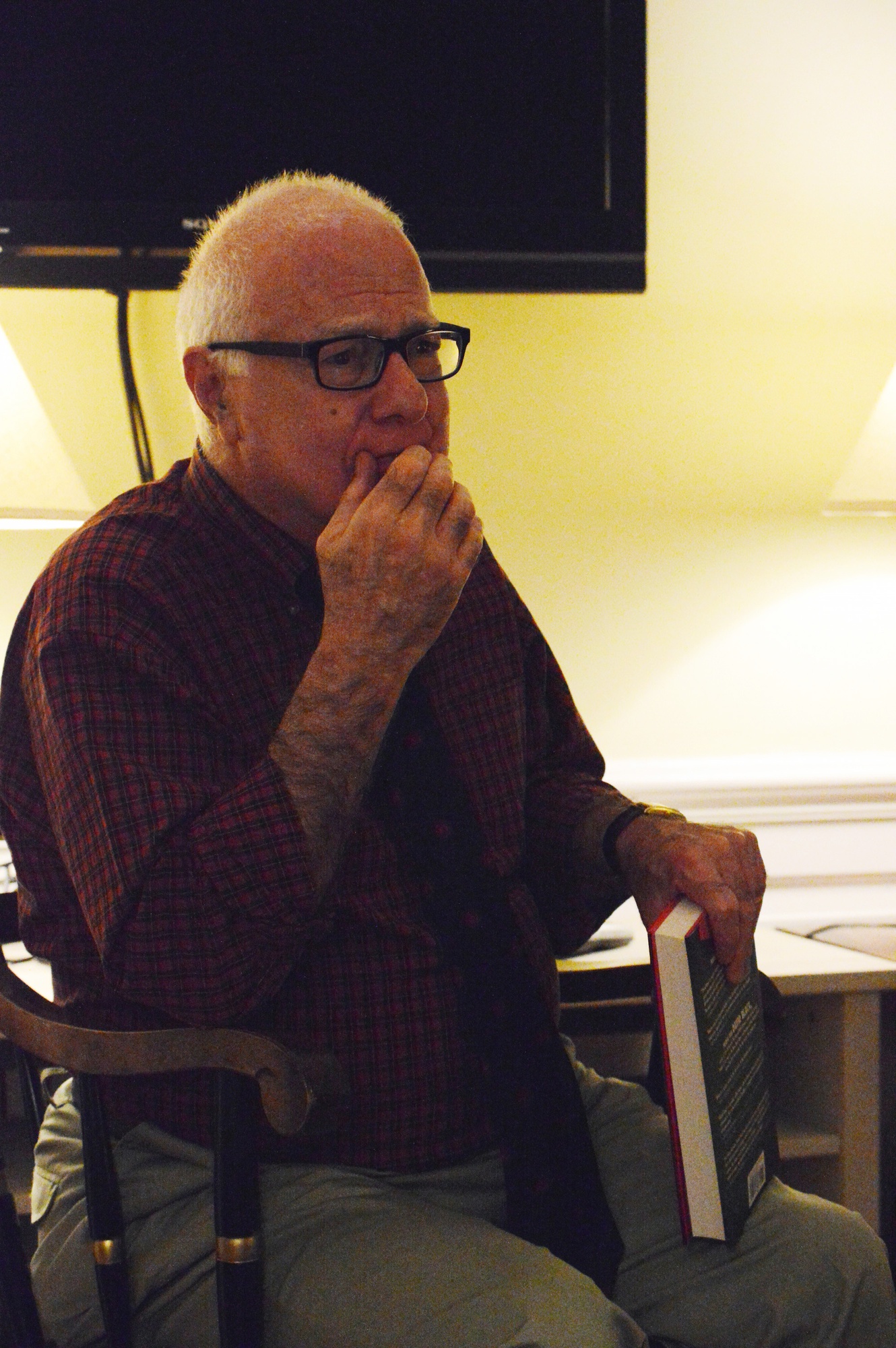 David Black reads from his new novel, Fast Shuffle, for an intimate audience in Kirkland Monday evening. He is an award-winning journalist, novelist, screenwriter, and producer. By Gigi M. Kisela
By Jamila M. Coleman, Contributing Writer

David Black, author and scholar-in-residence at Kirkland House, entertained a small group of attendees with a reading of his latest novel “Fast Shuffle” Monday evening in Kirkland’s Senior Common Room. 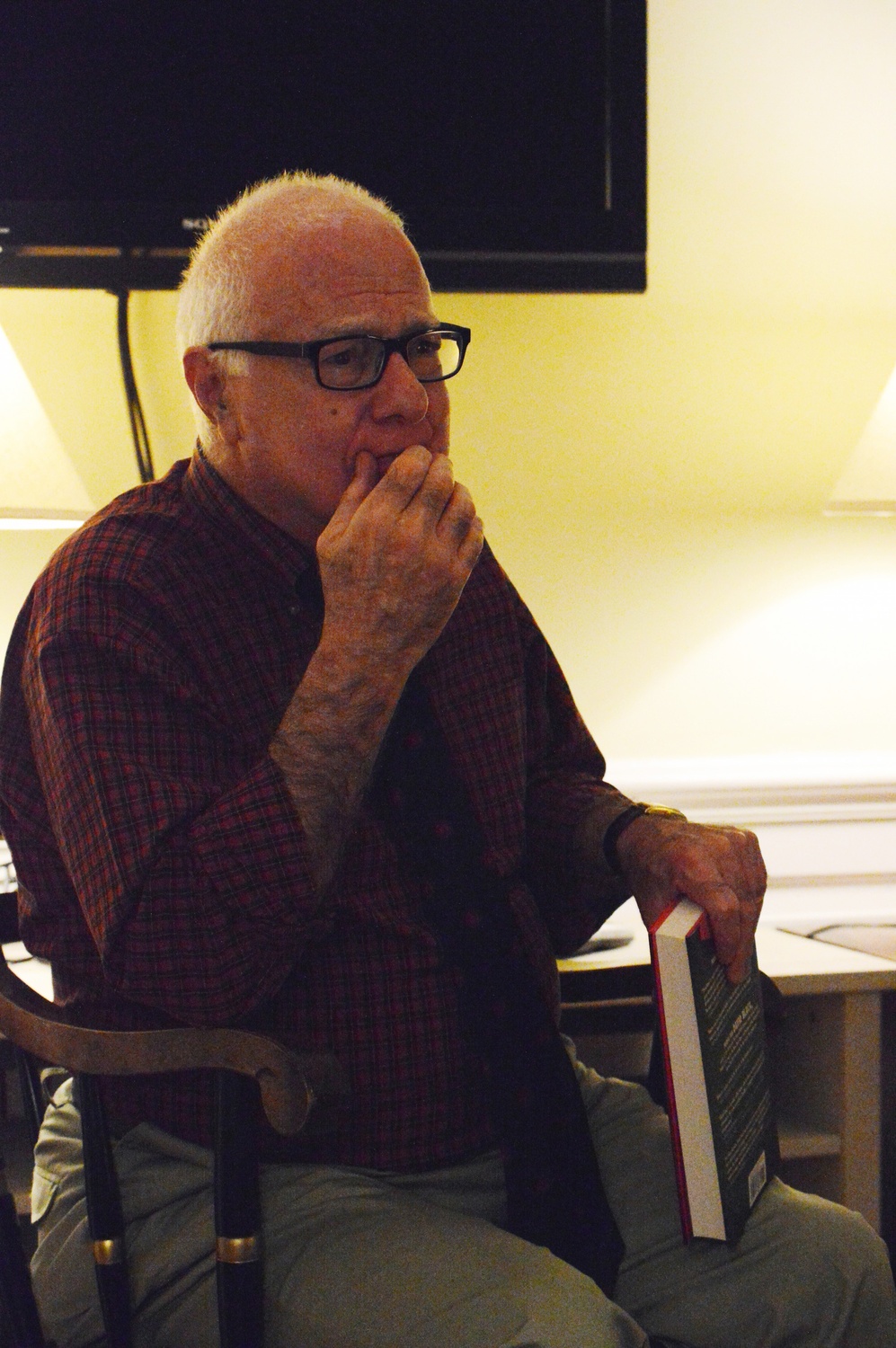 David Black reads from his new novel, Fast Shuffle, for an intimate audience in Kirkland Monday evening. He is an award-winning journalist, novelist, screenwriter, and producer. By Gigi M. Kisela

A Massachusetts native whose career has spanned journalism, fiction writing, screenwriting, and producing, Black has written for the television shows Law & Order and CSI: Miami and produced the screenplay for the feature film The Confession, for which he won a Writers’ Guild of America Award. His most recent fictional work chronicles the story of Harry Dickinson, a determined private investigator who becomes entangled in a sinister plot.

“It’s my version of Don Quixote about a man today who think he’s a 1940s detective,” Black said as he introduced the book. “He sees the mystery in everything.”

Black emphasized the connections between his own novel and the classic tale, adding that other main characters in the novel also mirror important figures from Don Quixote.

Sharing several excerpts from the book with the audience, Black first read a descriptive passage meant to illustrate “a story within a story,” which he said was a recurring theme in his works, before discussing the afterword of the novel. According to Black, the novel started out as a screenplay and went through three different versions before finally coming to fruition.

When asked how his time in Hollywood influenced his later work during the question-and-answer session, Black said, “I think my writing was always fairly visual partly because I was a kid actor. Working on the shows really helped me think about structure. I always used to believe that writing was more about voice than anything else … but it’s really all about structure.”

One attendee, Travis C. Morrow ’18, said he enjoyed the event, adding that Black’s experience as a versatile writer enriched the discussion.

“It was really great to hear from someone with such experience and also vast knowledge of all fields of media and writing,” Morrow said after the event was over.

This week, Black is leading screenwriting workshops in Kirkland from Tuesday to Thursday, a seminar series which he has taught in previous years as well.