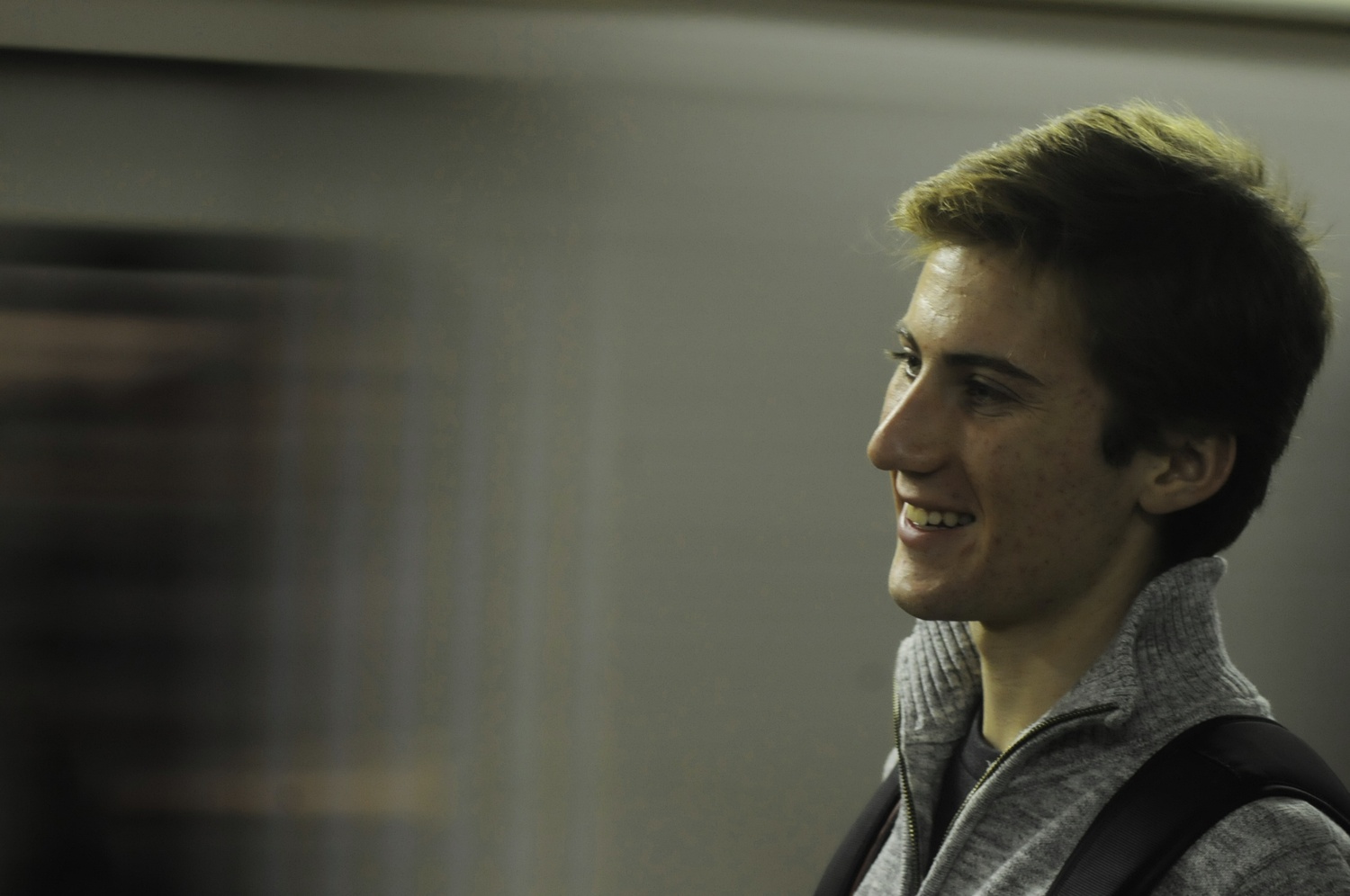 It’s rush hour on the Red Line, and space is at a premium. A woman casts a sideways glance at us and rises somewhat resentfully from her seat to move further down the packed subway car. Other passengers frown. It’s loud so we try talking loud, and then louder still. The train’s ringing and rumbling form the soundtrack to our interview.
By Aisha Y. Bhoori and Emma K. Talkoff

It’s rush hour on the Red Line, and space is at a premium. A woman casts a sideways glance at us and rises somewhat resentfully from her seat to move further down the packed subway car. Other passengers frown. It’s loud so we try talking loud, and then louder still. The train’s ringing and rumbling form the soundtrack to our interview.

We are on the T with Ian D. Reynolds, an MIT junior who knows a lot more about the MBTA (and, for that matter, engineering, CS, soldering, Arduino, and math) than either of us. Reynolds can tell you the history of the Orange Line (“an interesting case study in community activism,” he says), the pros and cons of the newly redesigned MBTA map, and the nuanced aesthetics of Porter Square (“gritty enough to exhibit character" but not, like New York, “gritty enough to be disgusting”). He can also show you the location of every train on the network of underground tunnels in real time, on a giant LED map on the wall of his bedroom.

“I thought it was a cool tribute to something that I really care about and really enjoy studying, and I thought it would make my room a little more interesting too,” Reynolds says.

Reynold’s twisting 29 and a half-foot map of colored LEDs has netted him job offers, curious visitors, and an article in The Boston Globe, but it sprang out of humble beginnings. “I wanted to get experience with microcontroller programming and engineering involved in making a map,” he says.

Though construction only took a week—and, he tells us, “wasn’t that difficult”—the idea has been in the making for about a year. Or, according to some family members, a bit longer. “My mom thinks it’s really funny,” Reynolds tells us, “like, ‘Oh, you were so interested in trains when you were younger,’ but I’m not sure I really see the connection between that and why I’ve taken an interest in this now. But maybe it’s buried somewhere.”

Reynolds’ interest resonated with a larger audience on Reddit—specifically, the forum “T Therapy Thursdays,” mainly home to traveler posts about spitting incidents and baby misfortunes. After posting there, Reynolds was discovered by various news outlets and public transportation experts, 15 minutes of fame he didn’t quite expect. 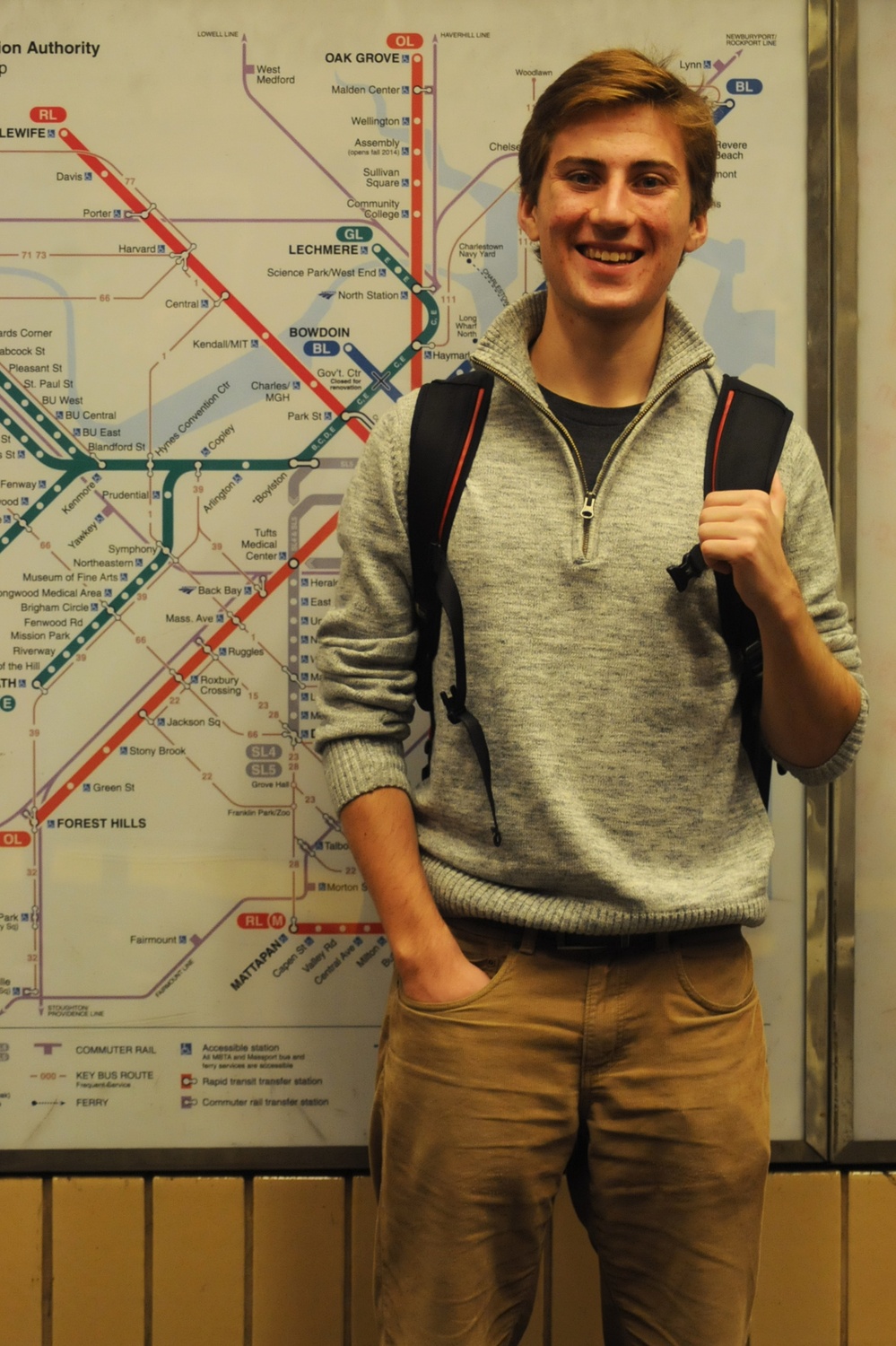 In the midst of our conversation, we disembark at the Harvard Square T stop in hopes of finding a little more elbow room and a little less noise; the latter proves elusive. As we chat, trains roar past us every so often, inserting segments of impenetrable white noise into the interview. Commuters hurry past, barely glancing at the tangle of colored lines on the wall behind Reynolds.

“It’s got a lot of quirks and interesting features and definitely looks like it’s not a planned system; it’s very haphazardly appeared over time,” he says. Unplanned, but, says Reynolds, critically important to the city’s functioning.

“Whether a society invests in public transportation says a lot about how much they care about society’s poorest members, and keeping the public clean and safe,” Reynolds says. He talks about how last year’s record-breaking snow brought the MBTA, and with it, the city, to a screeching halt. “With the snowstorm last winter you can see that when the T doesn’t work, Boston, as a whole, doesn’t work,” Reynolds says. “Some people say, ‘Oh, I don’t use the T,’ but the person serving your coffee might use the T.”

“The more people talk about the T, the better, because it affects all of us,” he says.

As for the future? “There’s a lot of stuff I want to do on the software side to make it run a little bit more efficiently,” Reynolds says, mentioning the possible addition of markers like congestion and income. “Maybe visualize a little more data.”

For now, Reynold’s Central Square-bound train pulls out of the station, and somewhere an LED bulb clicks to register his progress home.