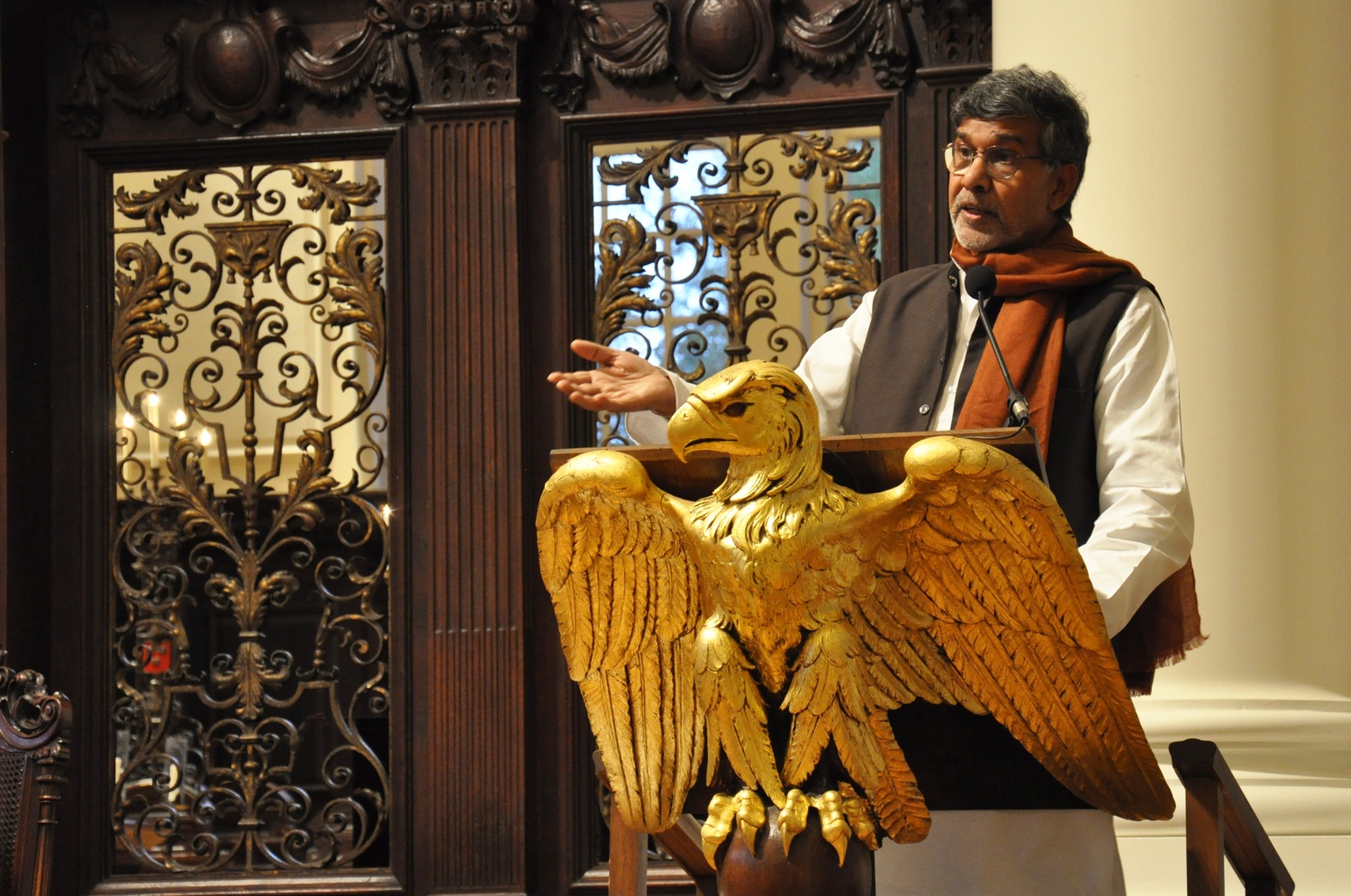 Kailash Satyarthi addresses a crowd in Memorial Church after accepting the 2015 Humanitarian of the Year Award. The Harvard Foundation presented Satyarthi, a 2014 Nobel Peace Prize Laureate, with the award on Friday to honor him for his dedication to protecting children’s rights. By Katherine W.K. Smith
By Jamila M. Coleman and Siqi Liu, Contributing Writers

“Kailash Satyarthi has dedicated much of his life to the protection of the most vulnerable among us,” Harvard Foundation director S. Allen Counter said while presenting Satyarthi with the award. “He exemplifies all of the qualities of humanitarianism.”

Satyarthi has been actively involved in advocating for children’s rights since the 1980s. He established Bachpan Bachao Andolan, otherwise known as the Save the Childhood Movement, which has rescued child victims of human trafficking and slavery. In 1998, he led the Global March Against Child Labor, bringing together non-governmental organizations and individuals in the fight against child servitude.

During his speech, Satyarthi called attention to the plight of children around the world. “How can we call ourselves rich and educated if so many children have no education, no dreams, no present, no future?” he asked. “What kind of world are we living in?”

Satyarthi proceeded to describe his vision for solving the problem of child exploitation. He discussed the importance of having a clear strategy to changing governmental policies and mobilizing mass support, emphasizing that child exploitation is a problem on a global scale.

“Children are the easiest and most powerful way to connect the world,” he said. “Let us use compassion to make this world better for our children and give them freedom.”

Outlining his plan for an upcoming campaign called “A Hundred Million for a Hundred Million,” Satyarthi described ways in which young people, including Harvard students, could become the voices and advocates for exploited children around the globe.

“The idea is that at least 100 million young people in the world are looking for something to believe in,” Satyarthi said in an interview. “They are full of energy and enthusiasm and idealism and creativity, but they don’t have a platform.”

Satyarthi hopes that this campaign will provide young people with a platform to become voices for change, expressing optimism for the fight against child slavery.