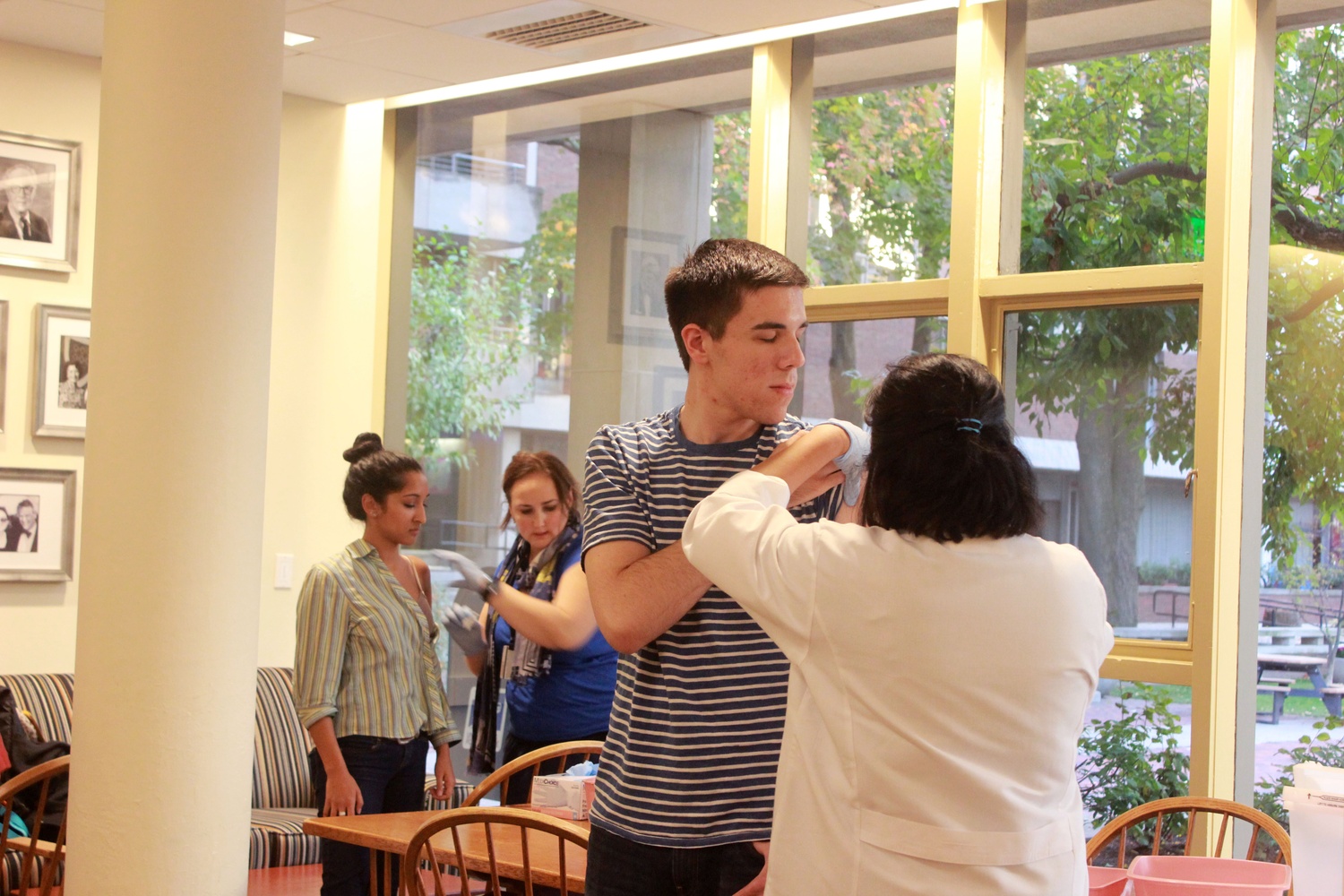 Steve A. Buschbach ’16 braces for a flu shot in Quincy. Harvard HealthPals sponsored the event, which will occur at various locations around campus in the coming weeks. By Savannah I. Whaley
By Celeste M. Mendoza, Crimson Staff Writer

As in past years, UHS began administering individual flu vaccines in late August, and general bi-weekly flu clinics began on Sept. 21 in a new location in the lobby of University Place on Mt. Auburn Street. Until Dec. 15, flu vaccinations—which are free for anyone with a Harvard ID, Harvard University Group Health Plan insurance card, or Harvard Student Health Program Blue Cross Blue Shield card—will be administered every Monday and Tuesday from 12 to 3 p.m.

College students can also get vaccinated in select campus dining halls, where flu clinics have been held from 5 to 8 p.m. on designated days. Upcoming locations include Mather House, on Oct. 22, and Leverett House, on Nov. 4.

The Centers for Disease Control and Prevention recommend that everyone older than 6 months receive a yearly flu vaccine, preferably before October to guarantee protection before flu season begins. In the United States, the virus is typically most prevalent in the winter months, from December to February, according the CDC.

Even though overall the incidence of seasonal flu across the U.S. was low according to this year’s CDC report, updated in early October, the CDC still recommends vaccination as long as flu viruses are circulating in the community.