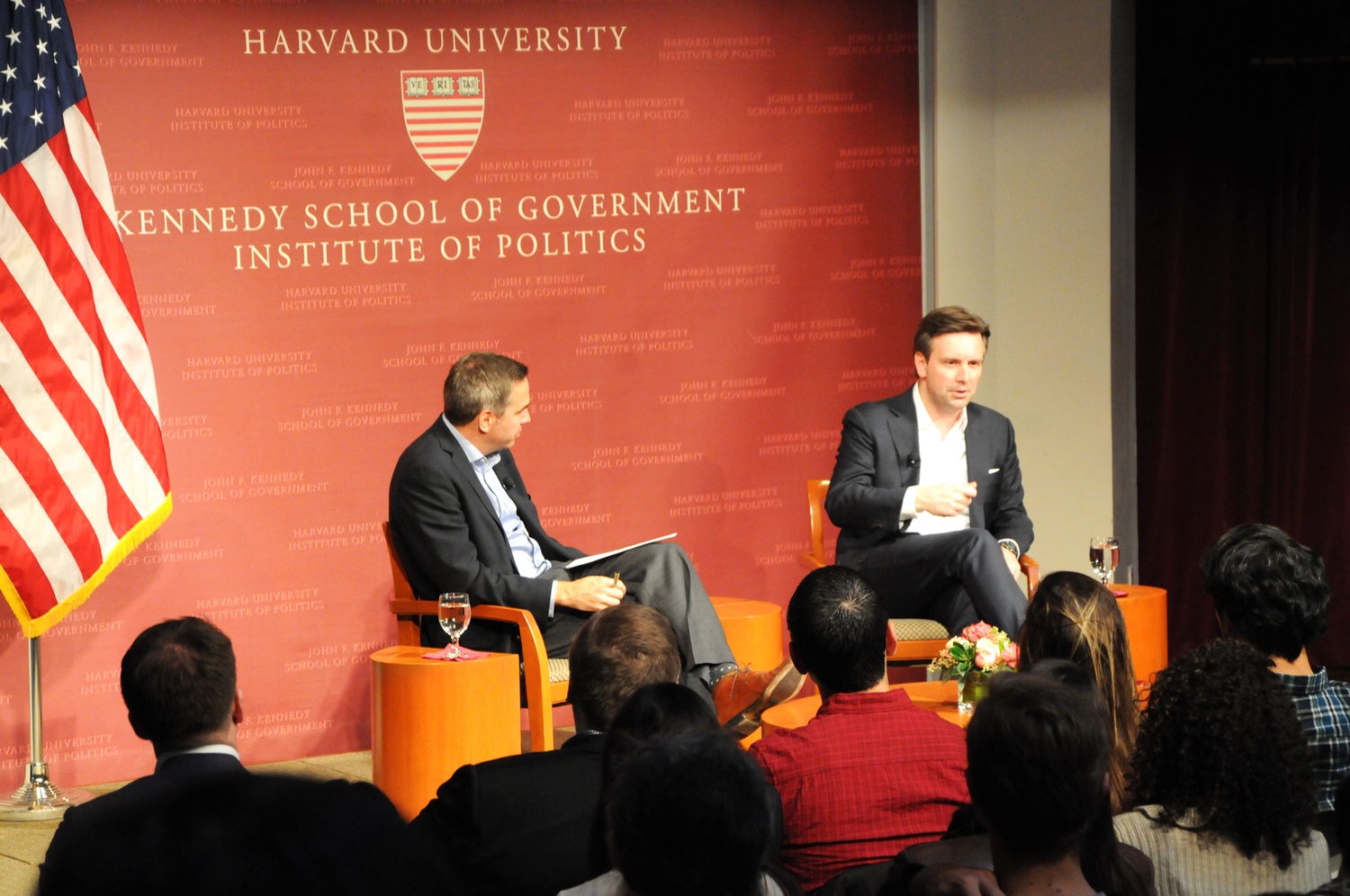 White House Press Secretary Josh Earnest argued in favor of the antagonistic relationship between the White House and the press at the John F. Kennedy Jr. Forum on Friday.

In conversation with Institute of Politics resident fellow Brent Colburn, Earnest touched on a number of topics, ranging from his personal maturation, to his role as the public voice of the White House and in interacting with the press, to certain policies of the Obama administration.

Earnest highlighted the tension present in his role as press secretary, saying that he welcomes conflict between the administration and the press, calling it “part of what makes for a healthy democracy.” He was adamant that despite push-pull dynamics, “the Obama administration is the most transparent administration in history.”

At the same time, Earnest rejected the notion that he should have a completely agreeable relationship with the press. “If there were any independent reporter who is committed to covering the White House, if they ever walk into my office and say, ‘You know, Josh, you’re doing a great job of telling us all we need to know about what’s happening at the White House,’ they are not doing their job,” Earnest said.

Prompted by Colburn, who served in the Obama administration, Earnest also explained key policy goals of the administration in its final 15 months.

Earnest said he sees criminal justice reform, both in its “ineffective use of taxpayer dollars” and in ways to rehabilitate people who have served time, as a policy item that will be addressed soon, bolstered by bipartisan agreement.

The Trans-Pacific Partnership, a proposed trade agreement between 12 Pacific Rim nations, focusing on a variety of economic policy matters, is another cause that Earnest said he hopes will receive bipartisan support. Earnest also addressed more immediate concerns, including the new budget, which needs to be passed by the second week of December; the transportation bill, which will expire at the end of October; and the Export-Import Bank, which lapsed over the summer.

More than 300 people filled the forum for the conversation and subsequent question-and-answer session, including Harvard College and graduate students and students from other local colleges.

Daniel S. Menz ’19 said he appreciated the unique outlook Earnest offered. “I think during his presentation he really opened up channels to the White House, giving a unique perspective on the White House, the media’s job, and the White House press secretary’s job and interactions,” he said.