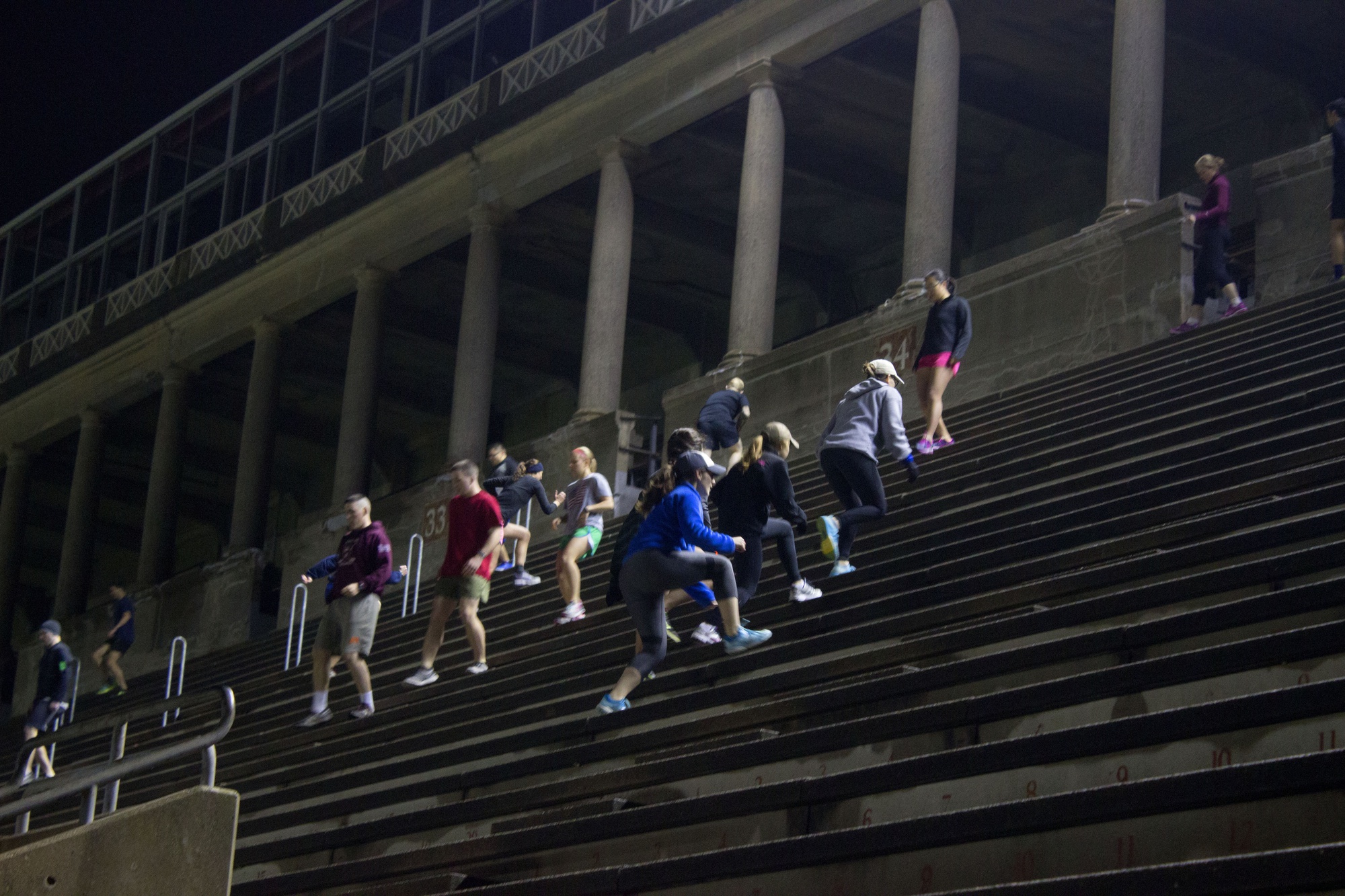 Veterans, students in ROTC, and supportive community members begin running up the steps of Harvard Stadium. They gathered on Veteran’s Day to support past and present veterans and raise money for the Warrior Scholar Project. By Savannah I. Whaley
By Laszlo B. Herwitz, Contributing Writer

Under a rainy evening sky on Veterans Day, former service members, ROTC members, and civilians ran the steps of Harvard Stadium to raise money for a veterans’ education program. 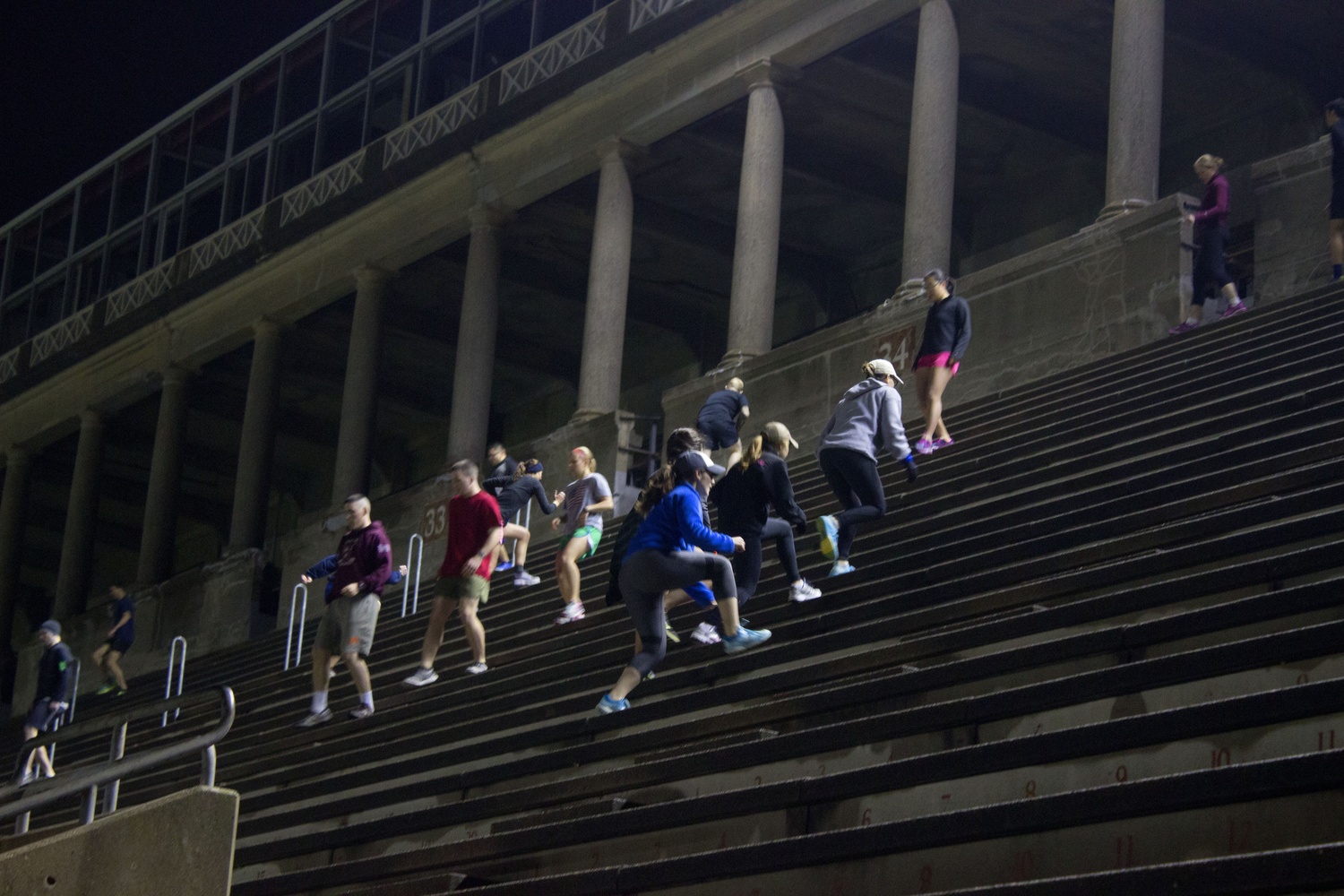 Veterans, students in ROTC, and supportive community members begin running up the steps of Harvard Stadium. They gathered on Veteran’s Day to support past and present veterans and raise money for the Warrior Scholar Project. By Savannah I. Whaley

Event organizer Daniel G. West, a former Marine captain and current student at the Law School and Business School, said that this is the second year of the Harvard Veterans Day stadium run, an event in which participants run up and down the steps of the stadium to fundraise for the Warrior Scholar Project.

The Warrior Scholar Project, which began at Yale, organizes a weeklong “academic boot camp” for veterans entering college. Last year, professors from Harvard, including University President Drew G. Faust, taught classes and seminars to veterans in academic reading and writing, among other topics.

A diverse group of participatns showed up to run the stadium steps Wednesday.

“It’s a mix, which is really great,” West said. “They’re just all out here to be supportive.”

One participant, Aaron I. Henricks ’16, echoed West, saying he wanted to contribute to veterans’ causes.

“I saw the event, and the money goes to an awesome cause, so I wanted to support that and spend Veterans Day in a meaningful way,” said Henricks, whose father and grandfather served in the U.S. Navy.

Despite the inclement weather, West said the turnout was relatively impressive, with about 20 people participating in the run.

“We have a bigger crowd this year. This is only the second year of the run but we are hoping to make it a tradition,” he said.

Henricks added that he also received personal benefit from the fundraising event.

“I can get some cardio in, which would never normally happen, so that’s also an added benefit," he said.