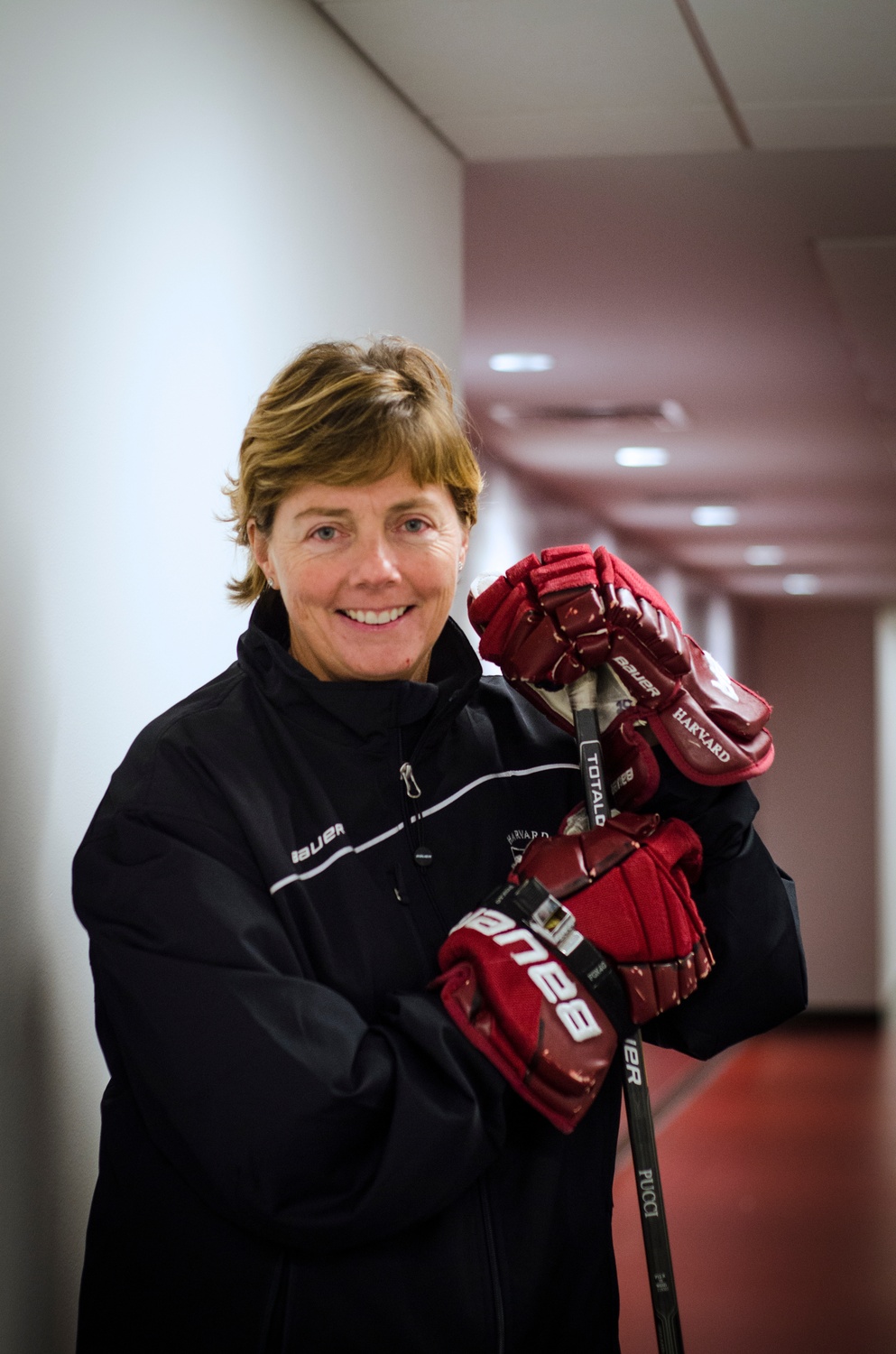 Don’t call it a comeback.

After being away from the program last season to coach the U.S. Olympic team in Sochi, Russia, Harvard women’s ice hockey coach Katey Stone returned to the Crimson for her 20th season and continued her success as the head of the program.

The time Stone spent away from Cambridge did not dampen her ability to mold the team, as she took the to the NCAA Championship game in her first season back. Although the team dropped its final game to Minnesota, making it the national championship was a milestone that proved the team’s hard work throughout the season independent of the final game’s outcome.

“It’s amazing that we made it there and it was hard at first to feel good about it because all we could really think about was the loss, but when you put it in perspective, we made it all the way to the championship game,” senior co-captain Kalley Armstrong said. “We probably weren’t expected to be in that game, so the whole process and the whole journey was an experience that no one will forget.”

The team Stone took over when she returned from Sochi was also one that had experienced a large amount of success the season prior. Interim head coach Maura Crowell was able to take the team to the NCAA Tournament and clinch an Ivy League Championship as well.

Coming back to Cambridge, Stone was also faced with the challenge of getting to know her new team. With last year’s class as well as this year’s freshmen whom Stone had not seen play yet, there were a total of 13 new faces on the ice for the Crimson.

“I think the first semester was a big transition for me and for the players because I really didn’t know half the team,” Stone said. “You know the kids in the recruiting process, but until you see them on campus you don’t really know.”

The beginning of the season saw the team weather struggles especially seen in the group’s 10-2 loss to then top-ranked Boston College on Nov. 28. After that, the team was able to turn its season around and won its next ten games, which Stone credits to the team’s resilience.

“The transition took some time and that’s part of the reason I think the second part of the season went a lot smoother,” Stone said.

From the bench, Stone was able to return to her place of leadership she had held down for since 1994. After this past year’s loss to Minnesota in the NCAA Championship game, bringing home a national championship is still the next step forward in a career that has included 11 Beanpot titles, eight Ivy League Championships, seven ECAC regular season titles, six ECAC Tournament championships, and four NCAA Championship appearances.