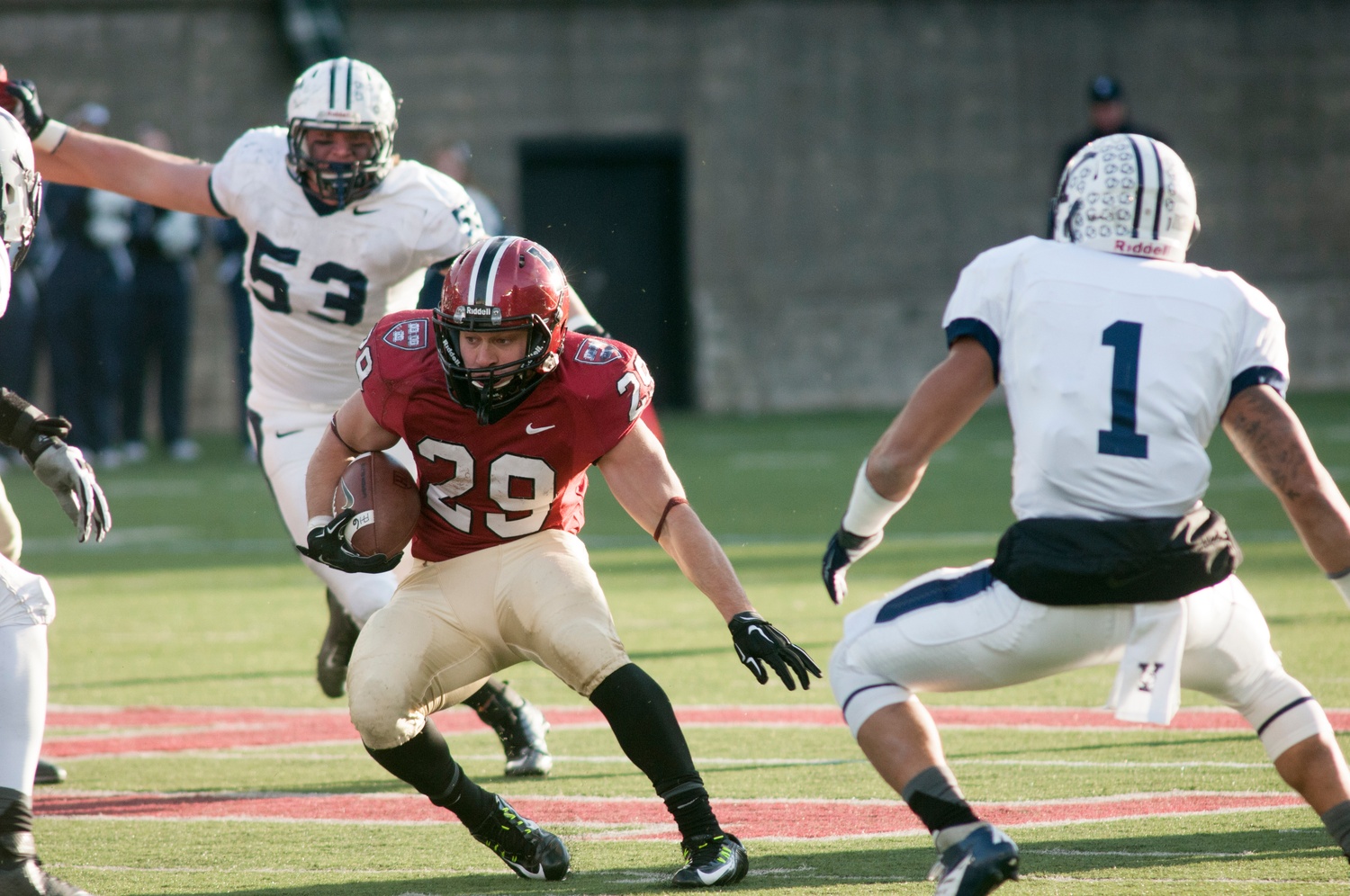 With a share of the Ivy title on the line and just the Game standing between the Harvard football team and an undefeated season, the Crimson, after trailing for much of the game, held a three-point lead over Penn in the fourth quarter. Without its first-string quarterback for the sixth time, the Crimson’s offense was struggling to put points on the board against a team that was just 1-8.

Then, with just under seven minutes to go, junior running back Paul Stanton barreled 14 yards into the end zone to complete the comeback, giving the Crimson a 34-24 lead that proved final. The score was Stanton’s third of the game, and the junior’s season-high 235 yards could not have come in a better game.

“We knew we had to come back because that would have been our season,” Stanton said. “We weren’t playing for the tie, especially after last year. We knew we wanted to win the championship outright.”

A week later, Harvard took the outright Ancient Eight title in a nail-biting win over the Bulldogs, a feat that would have been made much more difficult without Stanton’s performances. After a breakout sophomore season where he recorded 936 yards and 15 touchdowns on the ground, Stanton continued to impress, rushing for 990 yards and 11 scores in 2014.

“Having a whole year under my belt, I was able to calm down and relax while I’m running and be able to break the longer runs by just being patient,” Stanton said.

In a year where the quarterback position was plagued by uncertainty due to starting senior play-caller Conner Hempel’s injured back and an injury-riddled receiving corps, Stanton shouldered much of the team’s offensive burden and gave the Crimson a reliable weapon behind a formidable offensive line.

“You put a good offensive line with a great running back, your offense is pretty much unstoppable,” Hempel said. “If they start putting everybody into the box, that opens up the pass game. We had an overall, well-rounded offense this year, and it’s tough to stop when you have a run game and a pass game.”

Despite battling a high ankle sprain early in the season, the junior tallied six 100-yard-plus rushing games on the year and averaged 110 yards per game—behind only Yale’s Tyler Varga for the lead in the Ancient Eight. Stanton is also poised to break several school records—with just three seasons under his belt, he is already ranked fourth in school history with 27 career touchdowns on the ground and seventh in career rushing yards.

—Staff writer Samantha Lin can be reached at samantha.lin@thecrimson.com.