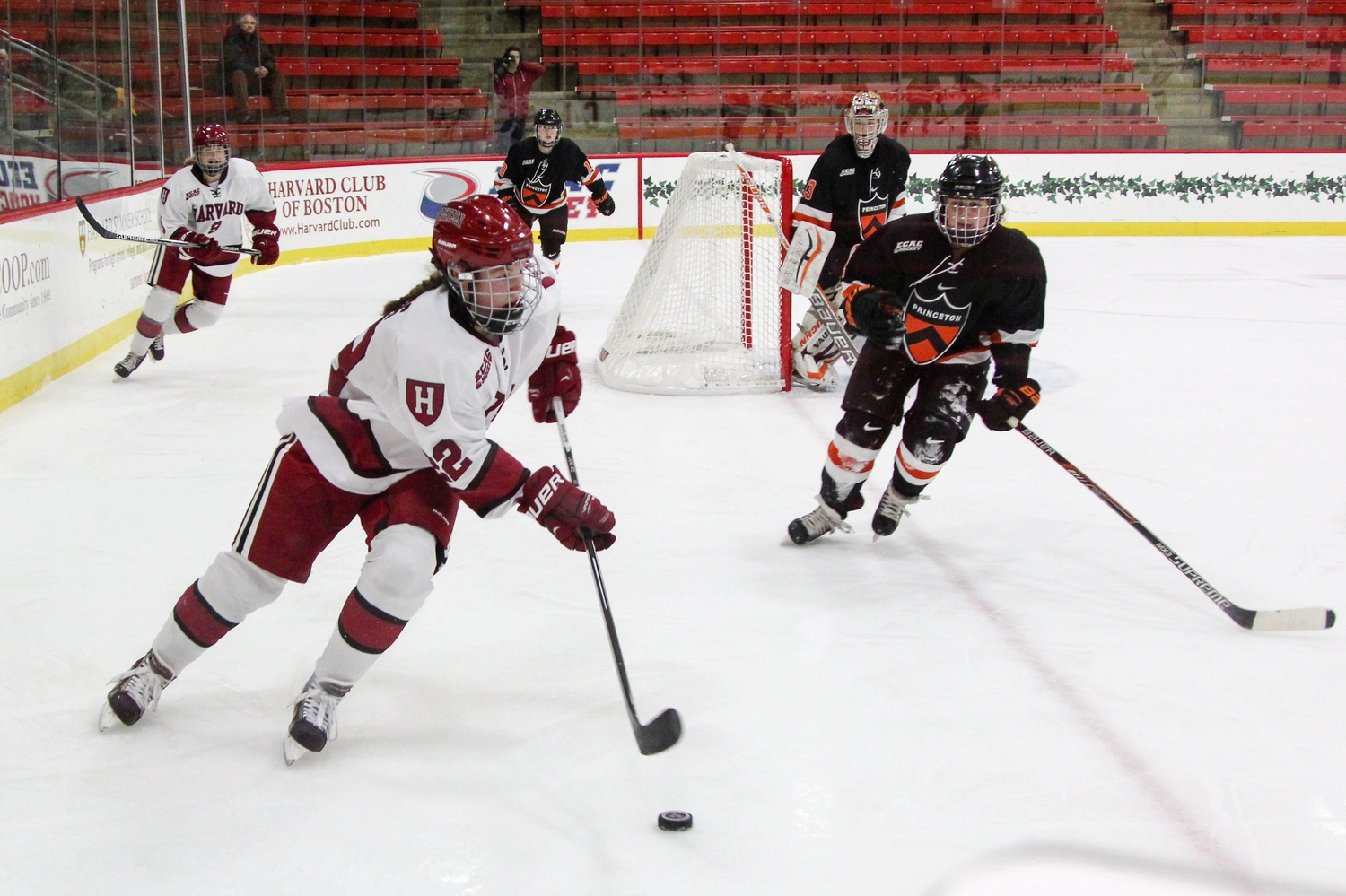 In her inaugural season on the women’s ice hockey team, freshman Lexie Laing took the team by storm. As one of the six freshmen to be added to this year’s squad, the 5’6” Marblehead, Mass., native was thrown into the mix of Olympians and experienced players early in the season and never looked back.

Despite being a fresh face on the squad, Laing, hailing from the Noble and Greenough School, was no stranger to the Harvard Hockey family when she stepped foot on campus. Nobles has a long tradition of sending women’s ice hockey players into Cambridge, with eight current players being alumni of the school, including Lexie’s sister Brianna, a sophomore goalie on the squad.

But when she arrived on the Harvard ice, Lexie was able to create her own game independent of the other players she had become familiar with. In her first game on the season, Lexie had four shots on goal and won 10-of-13 faceoffs for the Crimson. Her first goal came the game after on a power play against Rensselaer, signaling the start to a campaign that would see her go on to score 10 goals, the only freshman to have double-digit goals.

“We put Lexie into the hot seat right off the bat,” Harvard coach Katey Stone said. “She came in and we put her into a position with a lot of responsibility because I knew she could handle it and she did. She didn’t disappoint.”

It only took those two performances on the ice for Lexie to be put on the first line. In the game against Union on Nov. 1 in her third game in a Crimson uniform, Lexie contributed two shots on goal, converted 8-of-11 faceoffs she took, and had a plus-3 rating for the contest.

Even coming onto a team that was mostly upperclassmen with years of experience playing collegiate hockey, there was room on the team for youth to make an impact.

As the season progressed, Laing was called upon to fill different roles on the team, including taking an unusually large share of the defensive responsibilities for a forward.

“She got better and better as the year went on and sometimes depending on the game her contribution was a bigger defensively than offensively but she was always up for the task,” Stone said. “There are definitely only good things to come from her.”

Making such large strides in her first season made an impact on Laing’s teammates, who credited her intensity and work ethic as a driving force behind her success.

“She’s definitely an athletic player,” senior Josephine Pucci said. “She goes hard all the time, and that’s an intangible thing you can’t really teach. She grinds out plays and she does what she can to use grit to get the puck. That’s huge…having that hard work mentality.”