Female Rookie of the Year: Enoch Crowned an Ivy Champion 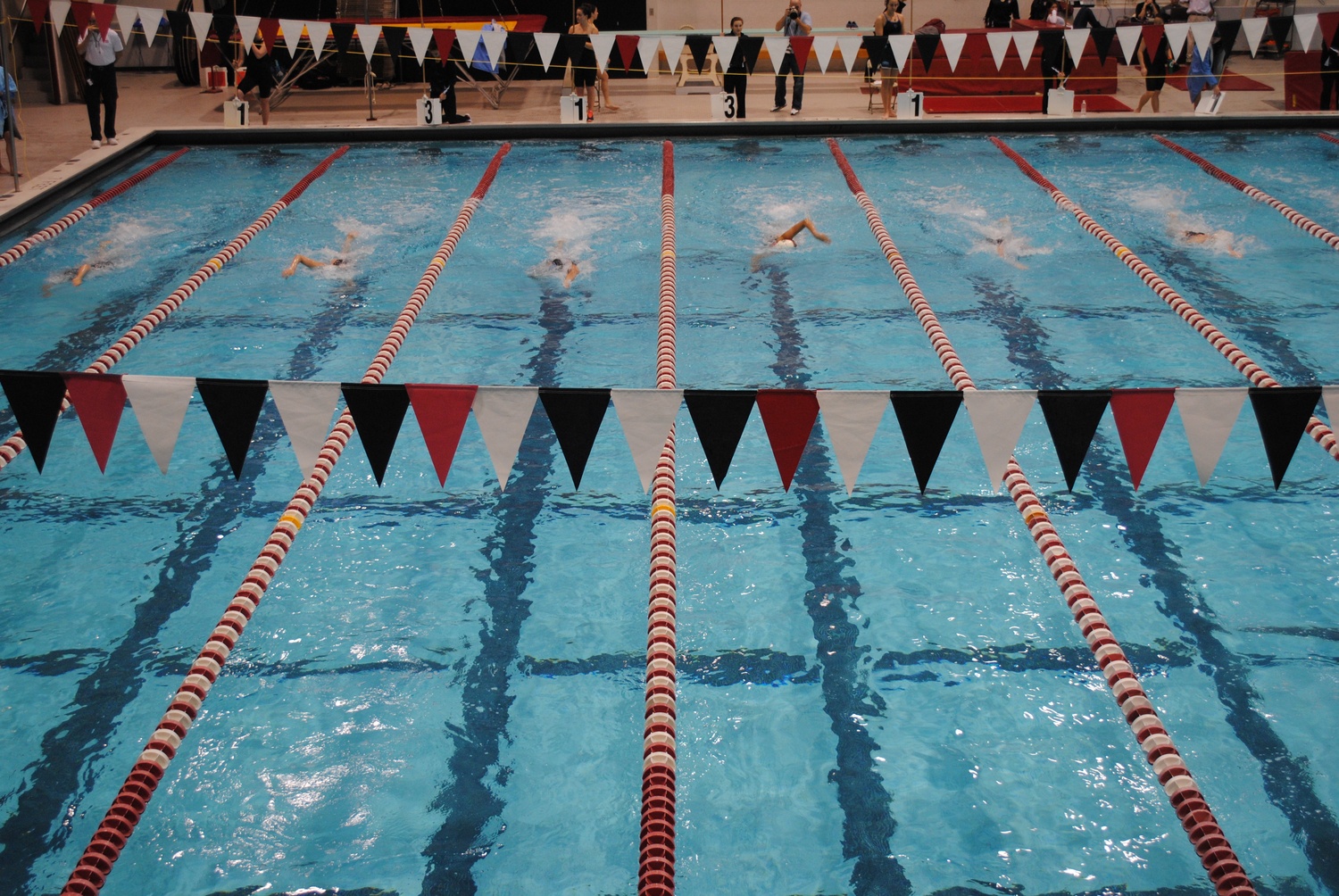 Moments before her first Ivy League Championship final in late February, freshman Geordie Enoch stood behind the blocks, going through her last minute pre-race routine. She performed a quick quad stretch—a movement she had done hundreds of times before—and in doing so, aggravated an injury that had plagued her earlier in the season.

Exactly 2:00.66 later, Enoch exited Blodgett Pool as the Ivy League champion in the 200 individual medley nonetheless. Building on the victory, the Odenton, Md., native added another gold in the 400 IM and a bronze in the 200 breaststroke over the course of the weekend, earning the title of 2015 Ivy League High Point Swimmer of the Meet.

“What pushed me through our championship meet was having the adrenaline of every race and seeing our teammates behind every block,” Enoch said. “It was a lot of motivation. It gets you outside of your own head.”

Working through injury was hardly anything new for Enoch. At the Harvard-Yale-Princeton meet, Enoch competed in just one race while nursing a quad injury. But even with her constraints, Enoch left the pool with a first place finish in the 200 IM.

Despite achieving many of her best results in the individual medley, Enoch has competed in a variety of different races over the course of the season, including the 100 breast and the 500 freestyle, in which she placed third at her first collegiate meet.

“It’s just another mental challenge,” Enoch said. “I just take it one race at a time. If it’s a shorter race, I’ll just go all out, as fast as I can go, and I don’t hold back. But if it’s a long race, you have to adjust your mindset to be more technical and focused.”

The freshman has excelled outside the Ivy League as well. Less than a month into her Crimson career, Enoch took to the pool at the Texas Invitational. She ended the day with a seventh-place finish in the 400 IM, touching the wall in 4:19.60. Her itinerary also included the 200 IM, the 200 breast and the 200 back, in which she finished ninth, 16th, and 21st, respectively.

“[Competing in invitationals] drives you to remember that there’s a whole other level of competition,” Enoch said. “We’re not just competing in our own little bubble. There are bigger goals than that.”

Aside from Enoch’s diverse repertoire of events and week-to-week consistency, one of the swimmer’s most impressive qualities has been her ability to transition from high school to college swimming seamlessly.

Enoch cited her teammates, who emailed her over the summer and filled her in on the ins and outs of campus life, as vital in her transition to Harvard.

“If we’re going to swim fast, we need to have the whole person happy and healthy,” Harvard coach Stephanie Wriede Morawski ’92 said. “I can’t have someone who’s just fast in the pool because at some point, they’re not going to be fast if they’re not healthy and happy. It catches up with them.”

The ability to balance her various commitments with grace is a factor Morawski believes has made Enoch’s first college season so successful. Her unrelenting work ethic both inside and outside the pool has enabled her to improve her times.

“She works really hard in the weight room,” Morawski said. “She really had gone above and beyond in the little things that will help her make herself better.”

Nonetheless, Enoch attributes much of her success to the supportive familial environment of the team.

“They’ve been a great support system,” Enoch said. “Any time anyone is having a bad day, you can just look to the people around you, and they’ll motivate you and encourage you.”

After Enoch amassed five first-place finishes as a rookie despite having to overcome her first major injury, Morawski acknowledged that it is hard to imagine just how far the rising sophomore can go in her next three seasons swimming for the Crimson.

“I look at [Enoch] as a leader,” Morawski said. “She’s in the water as a very fast swimmer, she’s been a vocal leader as well, and she’s incredibly coachable. I can’t wait to work with her again next year.”