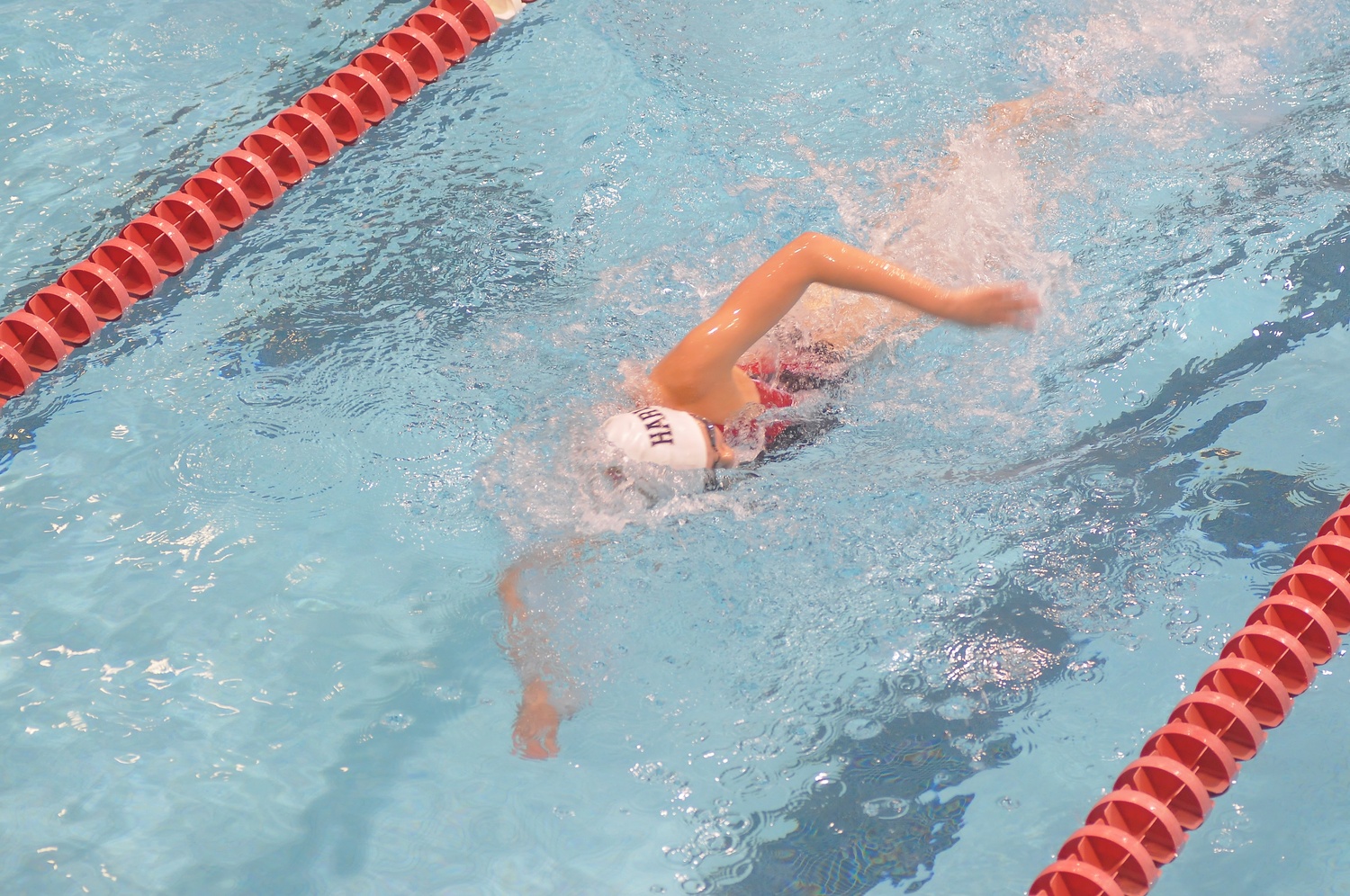 This weekend the Harvard women's swimming and diving team opened its season with a dominating performance. By Tiana A Abdulmassih
By Isabel DeLaura, Crimson Staff Writer

In its season opener, Harvard women’s swimming and diving crushed rivals Dartmouth and Cornell, beating the former 203-89 and the latter 198-94. The domination was apparent on the board, in the individual events, and in the relays, with the Crimson taking gold in the first nine swim events.

Divers junior Jing Leung and sophomore Mikaela Thompson led Harvard in both the thre- and one-meter competitions. Leung took first in the three-meter, with Thompson trailing by 0.35 points; both were ahead of the next competitor by a staggering 41 points. In the one-meter, the sophomore took gold, and Leung claimed third.

The Crimson continued to show strength in the pool as well, with first-place finishes from veterans and rookies alike. Junior Reagan Kology held down the distance squad, coming in third in the 1000 freestyle behind senior Willa Wang, who took first. In addition, Kology touched the wall in 5:01.46—good for gold in the 500 free, edging out Dartmouth’s AnnClaire MacArt by less than a second.

The junior class dominated in the shorter events as well, with Geordie Enoch taking first in the 100 breast. Classmate Kristina Li also had an impressive showing, earning the gold in both the 100 and 200 back. Li also participated in the relay team that took first in the 200 IM, just ahead of two other Harvard quads to take the sweep.

Harvard’s freshmen held their own as well, with golds from Jerrica Li in the 100 free and Miki Dahlke in the 100 fly. Fellow freshman Mei Lynn Colby took second in the same event, touching the wall in 57.15.

Other noteworthy performances included sophomore Brittany Usinger, who earned a first-place finish in the 200 fly. Her time of 2:03.48 beat Cornell freshman Jordan Silbert by nearly four seconds. Usinger also swam the second leg of the 200 IM relay, participating in the silver-medaling team.

After a successful season opener, the team looks forward to upcoming invitationals at Texas and Georgia.