Crimson Returns to DeNunzio Pool to Battle for Ivy Championship 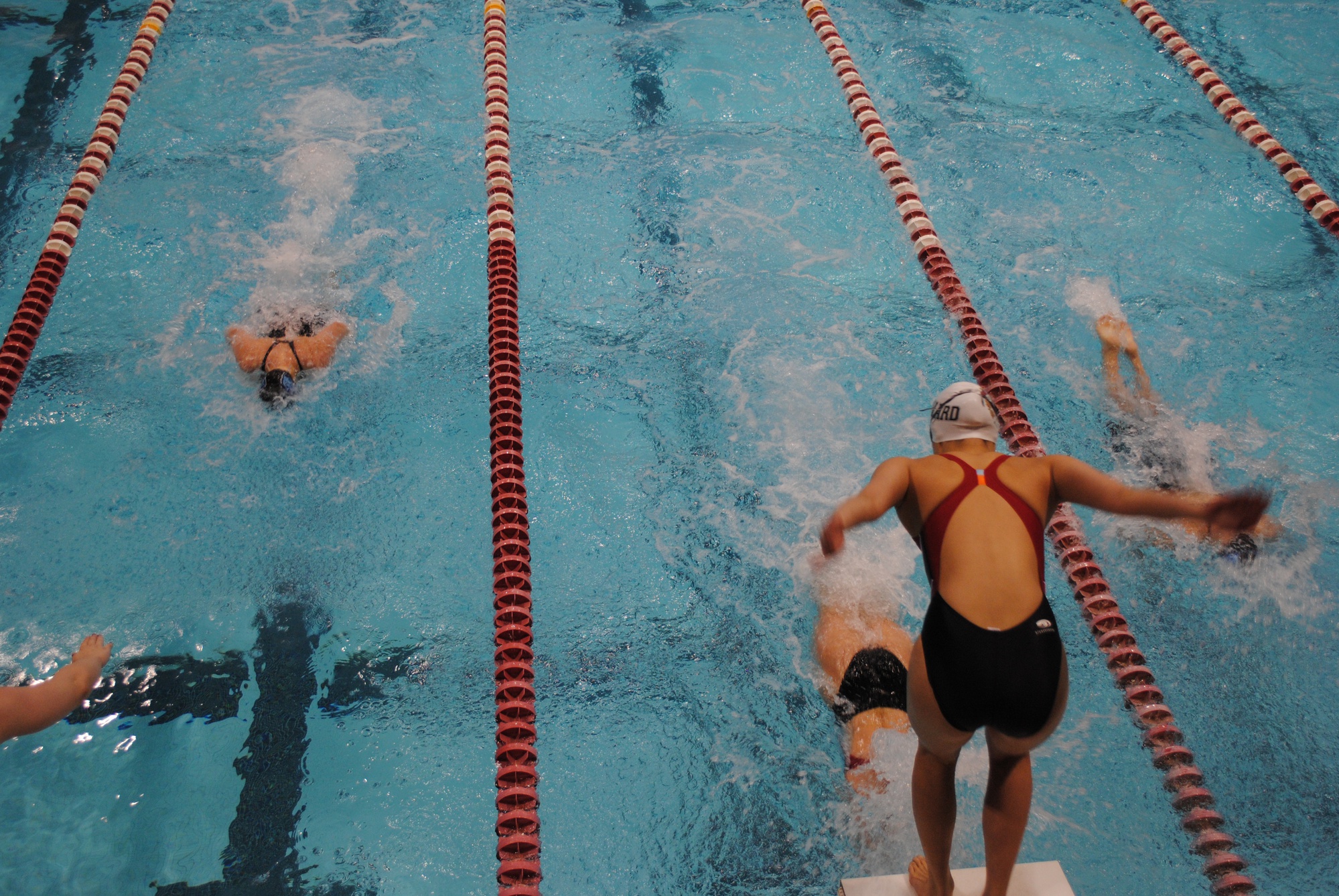 After falling to Yale and Princeton at H-Y-P, the Crimson looks to return to the top of the Ivy League at the championship meet. By Tiana A Abdulmassih
By Patrick J. Anderson, Contributing Writer

The Harvard women’s swimming and diving team has had its fair share of hardships while competing at Princeton’s DeNunzio Pool.

Last year, the Crimson (5-2, 5-2 Ivy League) conceded to Princeton (6-2, 6-1) at this venue by a mere 21.5-point margin in the Ivy League Championships. Most recently, at the annual H-Y-P meet hosted by Princeton, Harvard fell behind both the Tigers and the Bulldogs (10-1, 7-0). This tri-meet shattered its undefeated regular season record.

Starting on Thursday, the Crimson returns to DeNunzio to compete yet again in the Ivy League Championships in the hopes of redeeming last year’s near victory. If Harvard were able to pull off the win at this meet, the team would secure its 12th conference title in the event’s history, with the most recent victory coming in 2014.

“We’re definitely really ready to fight this weekend,” said senior captain Marlee Ehrlich. “We want to make sure that everyone is giving their all during the entire process.”

Although last year Princeton secured first place at Ivies, Harvard is eyeing Yale as the team to present the stiffest competition this year. Not only did the Bulldogs finish its regular season with an undefeated Ivy League dual meet record, but, in doing so, Yale managed to vanquish both Princeton and Harvard at the H-Y-P meet. With the win, the Bulldogs ended a 19 year losing streak at this event.

Coming off this historic accomplishment, Yale has garnered a lot of momentum and energy for the upcoming meet, which will serve them well considering the exhaustive duration of the three-day championship. If the Bulldogs were to come away with victory, it would be the first time since 2000 that a team other than Harvard or Princeton has topped the Ancient Eight.

Nevertheless, the Crimson has been fine-tuning its training plan in recent weeks to optimize performance in order to match the other top competitors’ energies.

“We’ve been tapering, we’ve been in the weight room a little bit less, but we’ve mainly been working on speed work and technique to give our legs a bit more of a rest” said Ehrlich.

Based on individual performances during the regular season, the Crimson has a comparative advantage in the backstroke and butterfly events. At the H-Y-P meet, senior Danielle Lee won both the 100 and 200 Yard Backstroke events. Additionally, freshman Sonia Wang also put up points for the team with victories in the 200-yard Butterfly and 200-yard individual medley at this same meet.

The team will also look for strong performances from sophomore Geordie Enoch, who garnered High Point Swimmer of the Meet honors at the 2015 championship meet.

Assisting its swimming counterparts, the diving squad has also performed consistently well throughout the 2015-2016 season. Judging from its numerous first and second place finishes in the regular season meets, the diving team can be counted on as a major source of points for the team. Nevertheless, the defining factor of this branch of the team is its depth in the three-meter and one-meter events.

“All of us have had really good meets, so I think that it is possible for any of us to win,” said junior diver Elina Leiviskä.

Last year at the Ivy League Championships, Harvard failed to score in the top two places for both the one-meter and three-meter diving events. Despite this upset, many members of the team still managed to advance to the A-Finals—five and four for these events, respectively—effectively placing them in the top eight of the league for each.

In preparation for this year’s Ivy Championships, the diving squad is placing particular emphasis on maintaining composure and keeping sustained effort throughout the preliminary and final events.

“It’s very important for us to have fun and be confident and not to overthink things,” said Leiviskä. “It’s going to be a long meet, so we have to make sure to have enough energy and be ready to compete for a couple of hours.”

With the fierce level of competition among the Ancient Eight swimmers and divers, the Crimson will truly be put to the test these next few days. As the underdogs this year, the team has a lot of proving to do.