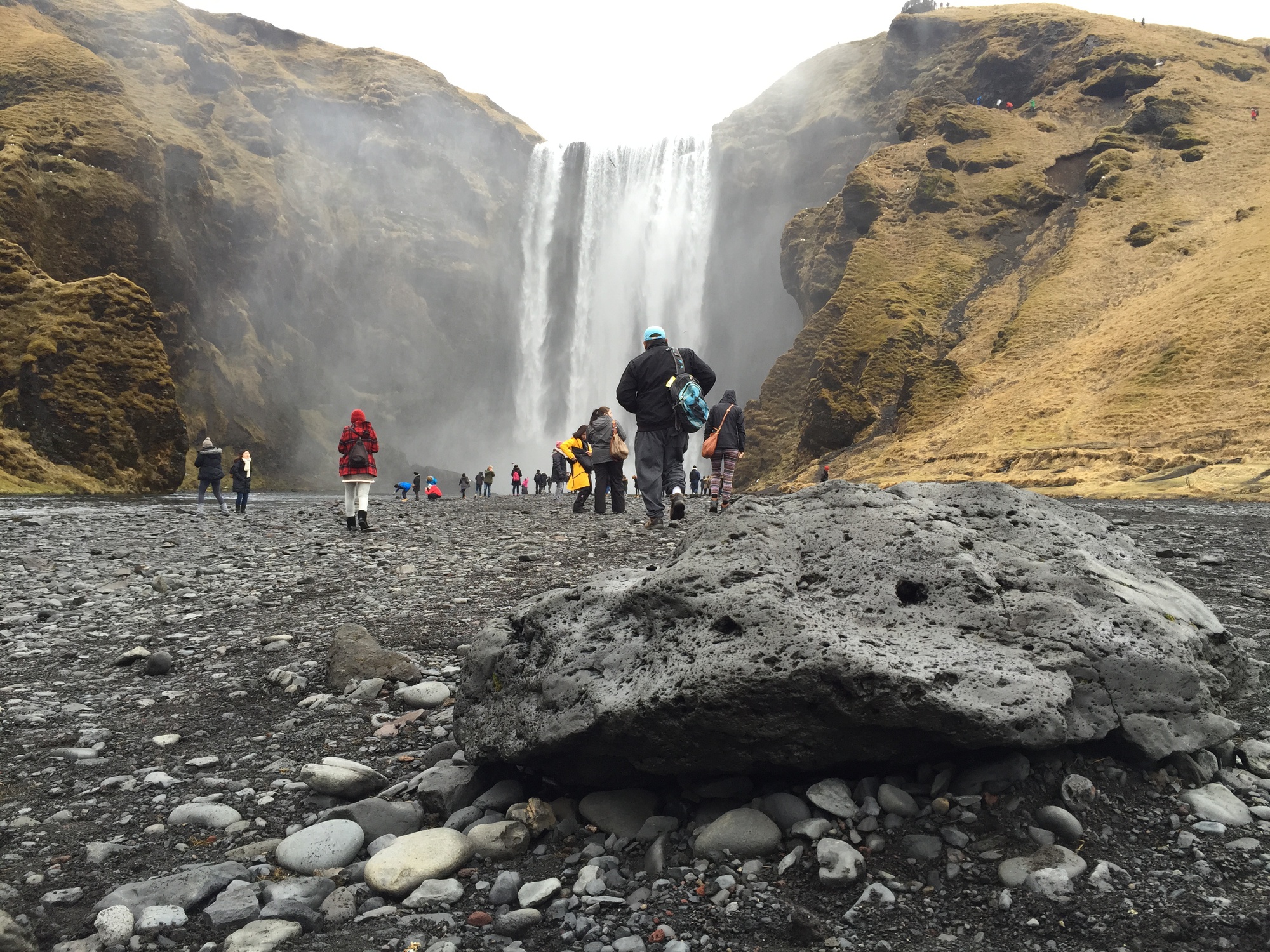 The Land of Fire and Ice

A spring break postcard from Iceland.
By Ana S. Olano

A vague echo from my elementary school days assured me that “Greenland is ice, and Iceland is green,” as I tried to justify spending my spring break in a place of rumored eternal winter. If you, too, received a concerned email from your credit card provider warning you of a large expenditure on geothermal-baked rye bread in Reykjavik, you were probably among the surprisingly large number of Harvard students who flocked like migrating puffins to Iceland last week. I can’t deny the masochistic vein that unifies us all.

For an island no bigger than the state of Ohio, this slab of hardened lava is incredibly dense in geological treasures. Our South Coast expedition took my roommate and I to the geyser that gave its name to all geysers, the legendary Gullfoss waterfall, and to my personal favorite, Eyjafjallajökul—the site of the 2010 volcanic eruption that embarrassed reporters around the world when they each tried and failed to pronounce it five times on national television.

This is a place where most of the seemingly innocent little hills you see are secretly active volcanoes (they lead double lives, like Hannah Montana!) and the taste of tap water is a palatable mix of melted glacier and sulfuric Earth mantle. Weekend outings consist of scuba diving between the American and Eurasian tectonic plates and equestrian excursions on a renowned breed of Icelandic horses with purer blood than Draco Malfoy. After a week here, it was clear to me why Iceland was bae to the Nordic Vikings and continues being so to its 300,000 inhabitants today.

Having brought up Draco Malfoy, I should also mention that I had a strong suspicion that the Icelandic people were simply the collective descendants of the blue-eyed, blonde wizarding heartthrob and villain. Luckily, Icelanders only share the Malfoys’ ensnaring beauty, and not their Slytherin-esque sneering condescension. Instead, I was charmed by their kindness—it warmed my heart even when the windchill threatened to freeze me over. These are a people that, through the centuries, have learned to survive a wintertime diet of lamb face and hoof jelly, endured weather with worse mood swings than a hormonal adolescent (looking at you, Thor), and dealt with exorbitant prices on imported goods: They’re good at seeing the bright side of things.