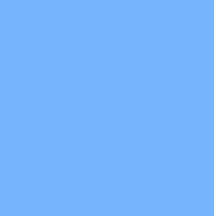 Endpaper: The Boy at the Door

If my mom was known for anything, it was for her love of telling stories.
By Steven S. Lee

“Soo­jong, you used to be so cute when you were little...”

It’s the last night of my visit to Korea. Thirty minutes ago, at 2 a.m., my mom had summoned me to her room, depriving me in the dead of winter of the warm comforts of my bed. I’m sitting cross­legged on laminate wood flooring; my butt is sore, and my right foot is numb from loss of circulation. The bedroom we’re in is barely large enough to fit both me and my mom’s supine body. In fact, the whole two­-bedroom apartment seems no bigger than my family’s living room in the States. Just about the only comfortable aspects of my situation are the soothing, rhythmic snoring of my grandmother in the other room and the fact that the floor is heated. Actually, no, the heating is not that great either: My lower half is burning up, and my upper half is freezing.

“Soo­jong, did I ever tell you that story of you as a child?”

We both know this question is rhetorical. If my mom was known for anything, it was for her love of telling stories. All my mom’s phone calls would be hilariously one­-sided, with my mom ceding no time at all to her counterpart. I’ve often jokingly wondered if people were still on the line at the two-hour mark. Dinner parties with family friends would almost always devolve into story after story from my mom, jumping deftly between her two favorite topics: tales of her childhood and her experiences observing mine.

My favorite of her stories, which also happened to be her favorite to tell and the shortest one of them all, takes place during my first visit to Korea. It was two years after I was born. My parents had just come back to Korea after very little of the American Dream in the US. It was wintertime in Incheon, Korea. Since it was a weekend afternoon, my dad was naturally glued to the TV while my mom prepared dinner in the kitchen. My mom had to get “something”—the item would change every time she told this story—from the local mart. Customarily, she would take me with her, but, worried about the cold, she decided against it. Of course, being a toddler, I started bawling and begging her not to leave. After she assured me she would be back, my mom bundled up and left, and my dad told me to come into the bedroom so he could comfort me. I refused. With dried tears on my face and a runny nose, I resolutely sat next to the front door with my shoes on, lest anyone else be the first to greet my mom as she walked back through that door.

My unimpeachable devotion to my mother as a toddler—at least by her account—gave way for feelings of embarrassment in my grade­school years. Time after time, my mom would march into the teacher’s or principal’s office to demand in her broken English that something or other be changed. A combination of extreme stubbornness and love for one’s child will do that to a person, but I didn’t understand that at the time. I didn’t understand it when my mom argued with my first grade teacher that it was impossible for me to get an “Unsatisfactory” grade in writing mechanics. I didn’t really get it when my mom demanded I be allowed to skip kindergarten, despite the fact that I hadn’t attended preschool at all. I came home with an “Incident Report” because someone had thrown sand in my face, and I explained to my mom that I wasn’t the one that had done wrong. She went to school to demand it be expunged from my record anyway. My dad swears he heard sighs of relief from teachers when they saw only he would be showing up for parent­-teacher conferences.

Over time, my mom stopped intervening in my schooling. She started working 12 hours a day at my family’s dry cleaning business, and that marked an end to her frequent visits to my school. I was embarrassed no longer.

As she took a step back, there was a fundamental change in our relationship. I don’t mean that I stopped loving her. If love is defined by the people you would save during a hypothetical nuclear apocalypse, she was always the first person I would save. It was different in the sense that I took her for granted and didn’t always feel the need to interact with her. I would be at my computer working on homework when she would trudge up the stairs just after 7 o’clock. We would exchange greetings and eat at the dinner table. I would go back to homework, while she would watch TV. We would talk again when she went to bed. Rinse. Repeat.

If she was walking up the stairs more slowly, I didn’t notice. If it was a bit more difficult for her to swallow her food, I didn’t notice. If her hand would twitch while she was altering clothes at the dry cleaners, I wasn’t there to see it. I didn’t notice any of these things until my parents came home one day and said my mom had been diagnosed with Parkinson’s disease.

Parkinson’s disease is a nervous system disorder. The body stiffens; there are tremors in the hands, and the face shows little expression. In many cases, people with Parkinson’s have difficulty swallowing their food. The disease is not fatal, but it is currently incurable.

After hearing the news, I vowed that I would take better care of my mom. And I did, for a bit. But it didn’t last. I left for college, and, 3,000 miles away from my mom’s suffering, I felt a lack of urgency to connect with her. This time, the feeling was, at least outwardly, mutual. Parkinson’s made her sullen. She didn’t talk as much, and when she did, there was no storytelling. Our phone conversations were brief. When I visited home, she wanted to keep to herself. I shared close to nothing about my college life. In one notable instance, I cited federal law—FERPA—as the reason why I didn’t want to show her my sophomore fall grades. My dad got involved, and I eventually printed my grades out for her.

My mom stopped working, and that meant my dad had to manage the dry cleaning business full­-time. Worried about her being home alone, my grandmother from Korea stayed with us for couple-­month bursts. Eventually, the family decided that it made the most sense for my mom to go back to Korea with her mother until we figured out a more permanent solution.

It’s now been an hour, and my mom’s still going strong. It reminds me a lot of my younger days, when my mom would tell stories and lecture me for hours on end. She’s covered a lot of ground: a couple stories about her childhood, a story about when I was younger, and a discussion—mostly with herself—of the type of woman she would approve of me marrying.

I still haven’t told her much about my life. I know she would love to know more, despite her lack of enthusiasm. But at 3 a.m., I’m tired, and I want to go to sleep. Capitalizing on a long pause, I excuse myself and head to bed.

Three months later, I wake up midday to a call from my dad. My mom is having serious indigestion problems, so she is admitted to a hospital. Half a day later, she is pronounced dead.

In the last year, my head has been wracked with thoughts of what could have been if I had given my mom more attention since I started high school. I’m full of regrets about not going into detail about the friends I made at school and about not talking about the things I’ve learned in college. I could have called more often. But above all, I’m filled with guilt. I’m not necessarily guilty about not having interacted with my mom more when she was alive. I’m guilty thinking about what I would have done if she was still alive. How many more times would I have punted on interacting with my mom because I was tired? How many times would I have let her been silent, instead of trying to cheer her up?

I spend a lot of time imagining the little boy in Incheon waiting for his mom to come back. Just the thought of his mom leaving from his sight led him to tears. Who’ll break the news? His mom is not coming back.