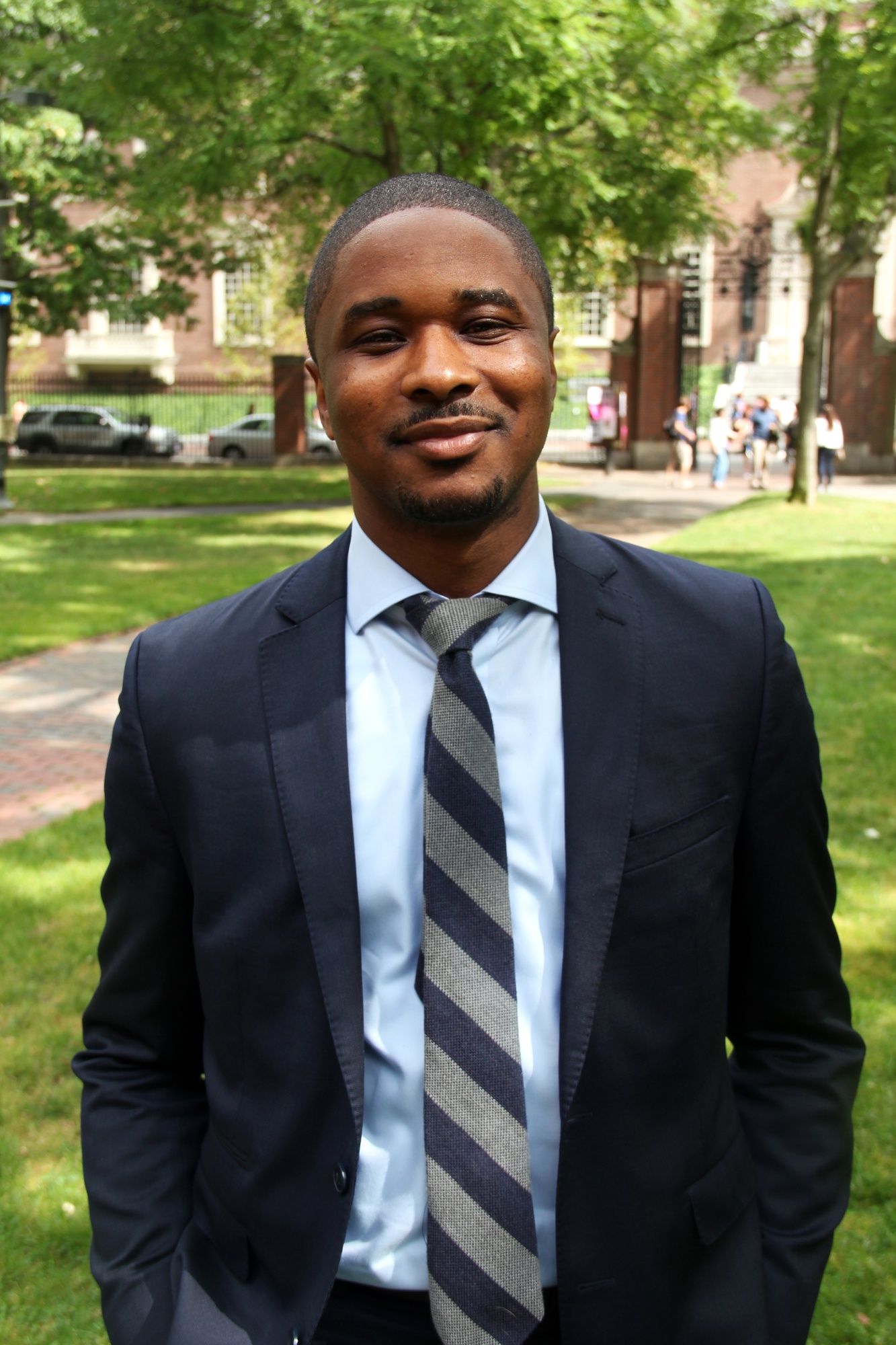 Now teaching at his alma mater just 15 years later—though “it feels longer every year,” he quips—Terry sees his role as a responsibility to push students outside of their comfort zones.
By Andrew W. Badinelli

The first five minutes of my conversation with Brandon M. Terry ’05 show his deep interest in connecting with undergraduates: I’m not the one asking the questions. Before I can even take out my notepad, Terry is quizzing me about my summer, my family, and my background. When I’m finally able to redirect the conversation towards his life, he seems almost surprised. “Oh, right.”

Terry has squeezed me in between meetings with advisees in the African & African American Studies Department, many of whom are nervously embarking on their senior theses. When I ask Terry what he does when he’s not researching, teaching, advising, or writing for online news outlets like the Huffington Post and Dissent, he jokes: “They work me to death around here!” Judging by the queue outside his door though, Terry may not be exaggerating his workload. After all, Terry is both a brand-new dad and an assistant professor in both the African & African American Studies and Social Studies departments.

Terry credits his childhood and adolescence with sparking his interest in a career in race in America. “[For] as long as I can remember, [race] has been an intellectual issue of interest for me,” Terry explains. “Growing up in the Baltimore area, which may be the best example of embedded racialized politics, race was something that was just on the mind. Through interactions with my community and family about our role in America.”

It wasn’t until Terry’s freshman year at Harvard that he discovered his intellectual interest could become an academic one. “I met Cornel West, I met Henry Louis Gates, and they exposed me to African American studies,” he says. “I saw that there were brilliant people who devoted their lives to answering the questions that had vexed me for a really long time.” By the end of his third week, Terry had decided to study these questions.

Now teaching at his alma mater just 15 years later—though “it feels longer every year,” he quips—Terry sees his role as a responsibility to push students outside of their comfort zones. “No student walks into a physics class and tells the professor how physics works,” Terry laughs, “but in classes or seminars about African American issues, many students have preconceived ideas about race and racial politics.”

He looks up at his packed floor-to-ceiling bookshelf, rubs his head, and grins. “I like to press them on those.”

When I ask how Harvard has changed since his days as a student, Terry pauses for the first time during our conversation. “I think a lot of students of color—and this is likely an ‘Obama effect’—see much fewer limitations on their life aspirations than students like me did.”