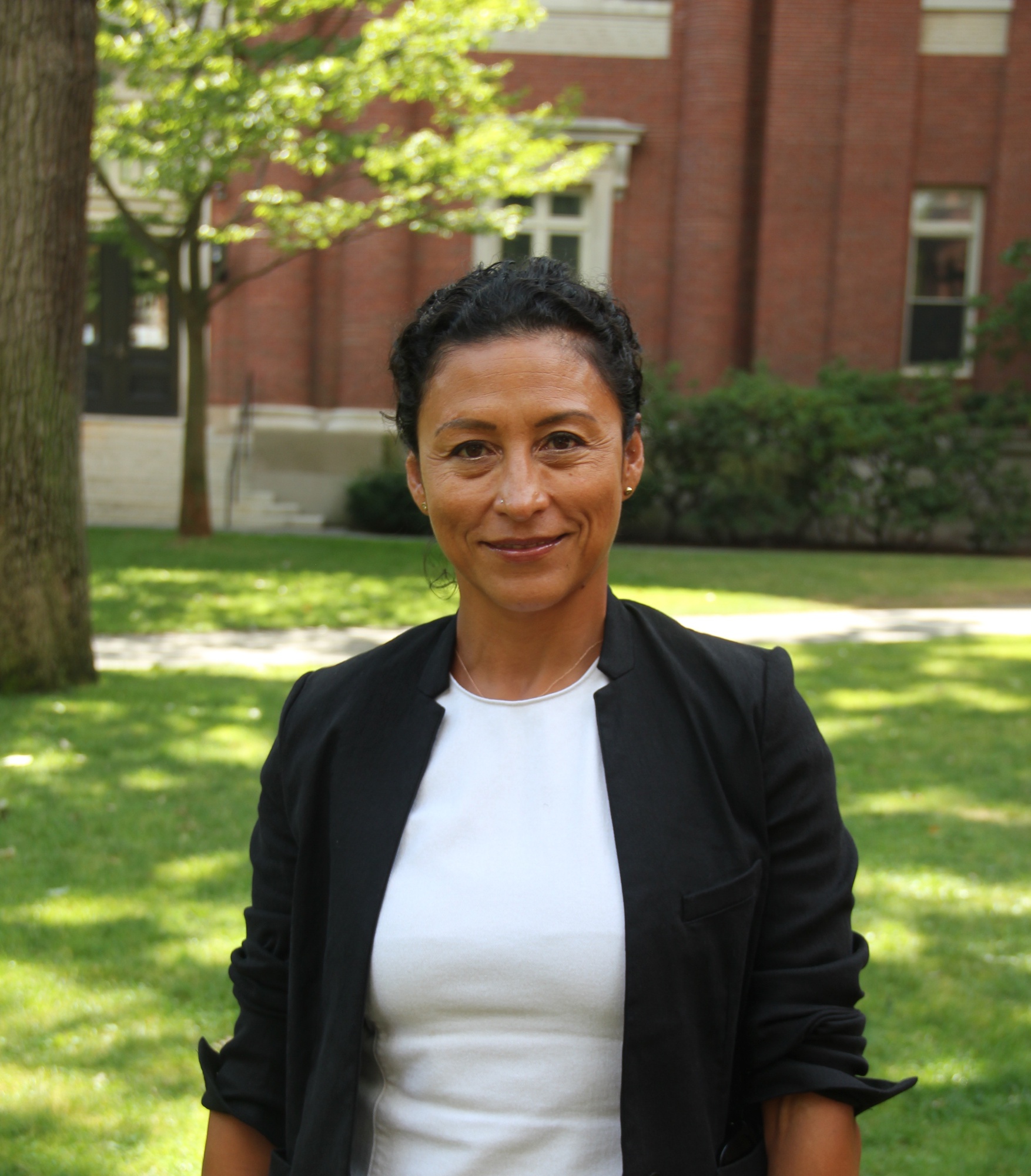 In her current work on immigrant literature, Carpio is interested in when “America fails the person or when the person can’t cope with the difficulties of becoming someone else."
By Ben G. Cort

Glenda R. Carpio hasn’t always been teaching in wood-paneled halls at Harvard. She got her start in one of the country’s more economically depressed areas, Compton, as part of the Teach for America program, shortly after her graduation from Vassar College.

“What struck me most was that I was meeting kids that were eighth graders that couldn’t read,” Carpio, a professor of English and African American studies, says. “It really made me think: How can I be a half an hour’s drive from Hollywood and meet kids that live here in such a different reality?”

This experience ignited her curiosity in the history of disparity in American culture. Rather than exhausting her, the intense Teach for America program inspired her to pursue her curiosity in a different way, a path that led her to a tenured position at Harvard.

Carpio’s tenure attracted media attention in part because of her background. At 12, she came to America as a Guatemalan immigrant without knowing a word of English. Carpio saw the coverage of her own narrative as an instance of what she views as a misplaced focus when telling immigrant stories. In her current work on immigrant literature, she is more interested in when “America fails the person or when the person can’t cope with the difficulties of becoming someone else,” than the celebration of assimilation.

“I think people prefer to read about stories where there is struggle but then the trouble is overcome,” Carpio said. “For me, I don’t think that’s a very interesting plot. People talk about the immigrant experience or the black community. Those phrases mean nothing if you really put pressure on them because there’s so many varieties of experiences.”

Carpio’s academic work has focused heavily on the concept of comedy. Carpio appreciates its ability to allow authors to be playful with form and to confront very real ideas and feelings in an approachable way.

Her most recent publication, “Laughing Fit to Kill,” is centered around African-American humor. “It was born out of how hard it is for Americans to talk about race and to talk about the legacy of slavery,” explains Carpio. “The point of the book is how you can use humor to laugh at the ideologies that support slavery.” It touches on 19th-century comedy, but mostly focuses on contemporary performers, such as Richard Pryor and Dave Chappelle.

Carpio splits her time between Harvard and Venice, where her husband lives. She first visited Venice when she was 15, and ended up being somewhat “adopted” by her foster family, returning frequently ever since.