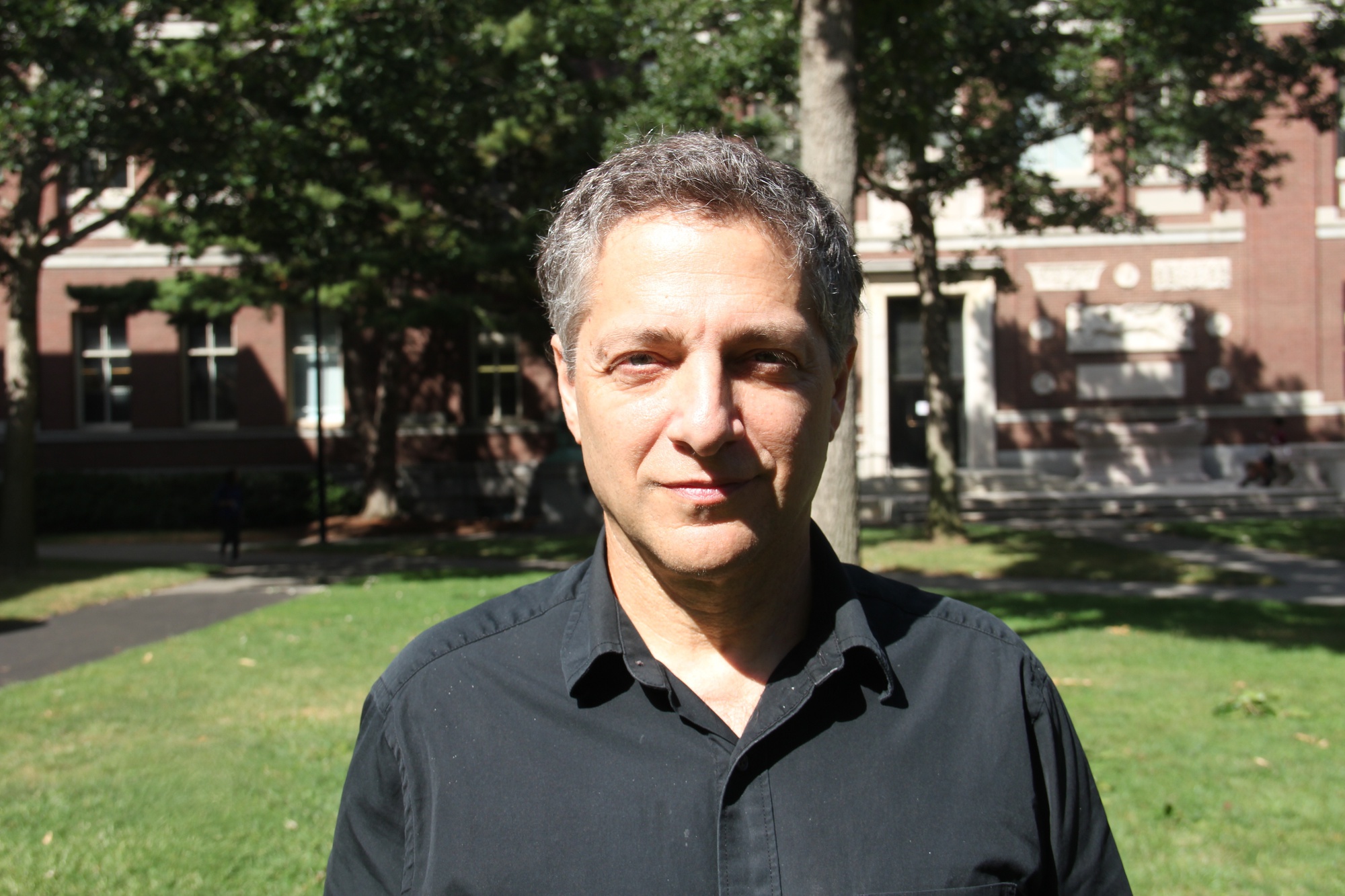 Galison’s teaching, like his many projects, focuses on the historical, philosophical, and ethical implications of science.
By Amelia G. Miller

You might be surprised to learn what’s buried 2,000 feet below ground in Carlsbad Caverns, New Mexico: billions of dollars worth of equipment, tools and clothing, all of it contaminated by plutonium. This is WIPP, the United States’ first underground nuclear waste dump. It’s also the subject of “Containment,” the most recent documentary by History of Science and Physics professor Peter L. Galison ’77.

“Containment” is a documentary with the tone of a science fiction film. It warns its viewers about the dangers of nuclear waste that will remain toxic for at least 10,000 more years.

“At one level, [‘Containment’] is sort of technical,” Galison says, “but at another level it’s really an inquiry into our responsibility into the future and how we think about time.”

Perhaps it’s no surprise that Galison gravitated towards the intersection of science, philosophy, and art. His great grandfather was an electrical engineer with a basement laboratory Galison describes as resembling “Dr. Frankenstein’s, with giant double throw switches and bottles of mercury, and sparks.” Other family members were artists: His father was a sculptor who worked with abstract wood forms, and his brother is a jazz musician.

Following suit, Galison spent his high school years helping out in his great grandfather’s lab and making short movies on his Super 8 camera. He attended Harvard as an undergraduate, studied History of Science, and took video courses on the side.

For much of his career, Galison saw his interests in film and science as separate. After college, he completed doctorate degrees in History of Science and Physics at Harvard. It was while teaching at Stanford that Galison saw the film “The Day After Trinity,” and began to connect his two passions.

“[John Else] made a film that was about J. Robert Oppenheimer and the building of the atomic bomb… but it was really about about the morality, the psychology, the dynamics of [Oppenheimer’s] decision,” he says. “I was really intrigued at the idea that you could have a film about science that wasn’t just a race, a triumph, or a popularization.”

Since then, Galison has made three documentaries on topics ranging from the building of the hydrogen bomb to national security and secrecy; his fourth major film, about the philosophy of black holes, is in the works. He’s just as prolific in his writing: “Building, Crashing, Thinking,” his seventh book, will explore how our ideas about the self shape technology, and how technology shapes our sense of self in turn.

Galison’s teaching, like his many projects, focuses on the historical, philosophical, and ethical implications of science. One of Galison’s favorite classes to teach is Science and the Physical Universe 17: ‘The Einstein Revolution,’ a course that uses Einstein as an entry point to discuss the changing role of physics in society. A Gen-Ed, the course attracts a diverse group of students, from humanities to engineering concentrators, and freshmen to seniors.

In addition to his academic work, Galison is also a five-time marathon runner and licensed pilot. He gave up flying eight years ago to focus on his other work.

After admitting this, Galison pauses. “But I don’t know, I look at airplanes in the sky sometimes and think, I’d like to be there,” he says.

With two kids, a full teaching load, an ambitious lineup of writing and film projects, and more surely to come, this hobby may have to remain on hold a bit longer. Still, if Galison wants to be back in the sky, it’s a pretty safe bet he’ll get there.