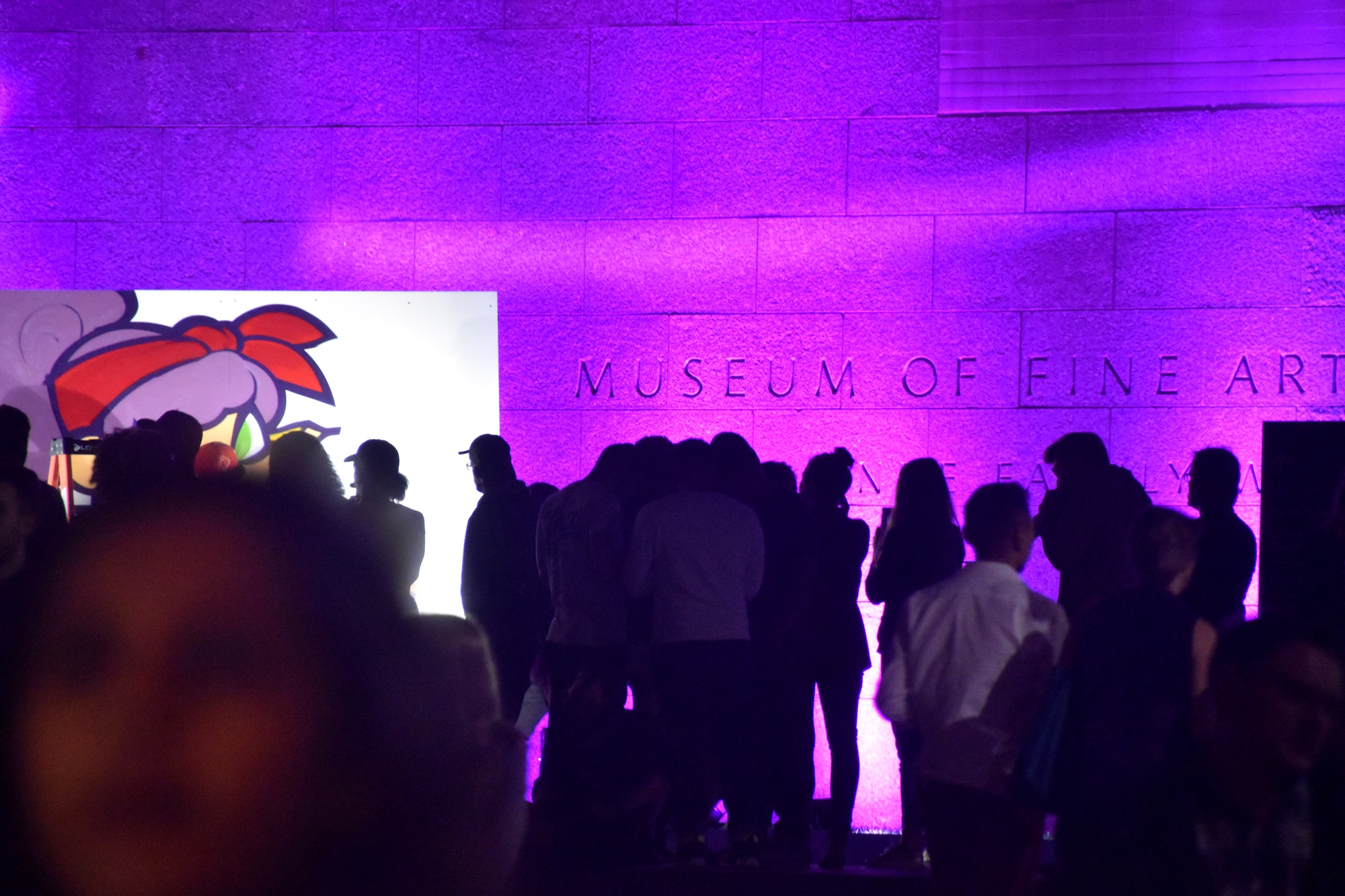 #mfaNOW launch party attendees gather around an installation set up in the Museum of Fine Arts' outdoor exhibition on the Linde Family Wing parking lot on Saturday night. #mfaNOW is a season celebrating contemporary art and artists, according to the museum website. By Melanie Y. Fu
Advertisement
Advertisement

24 Hours with the Clock

Can a film about its own duration possibly maintain such manic levels of devotion? Only time will tell.
By Emma K. Talkoff

You step off of the Green Line and cross the street. Before you is an orderly queue of museum-goers. They buzz amongst themselves quietly, softly illuminated by the electronic lantern-screens in their palms, shuffling forward as the movement of the crowd permits. The line stretches around the neoclassical building, further than the eye can see in both directions. A stream of humans without end.

It’s 10 p.m. at Boston’s Museum of Fine Arts, and you are one of many pilgrims who will join this line and wait—for hours, for as long as it takes. You try not to think about how much time is passing. Later, this will become impossible. You are here to think about time. 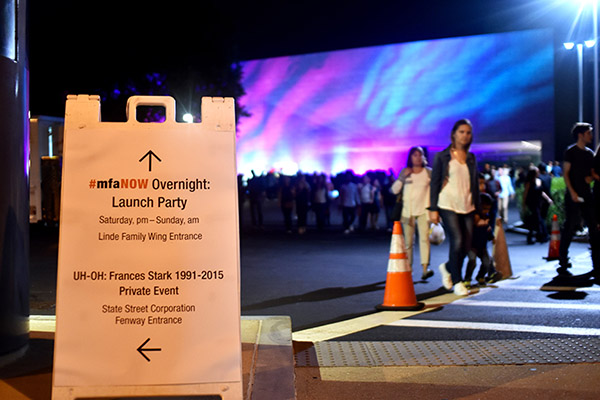 Finally, it’s your turn. You step behind the heavy black curtain, into a space damp with its own quiet darkness. It is a theater, full of silent silhouettes draped on austere white IKEA couches. Everyone stares at the larger-than-life screen on the far wall. You do, too. A man steps into frame.

Let’s back up. The vaguely existential daydream (nightmare?) you’ve just experienced is the work of Swiss-American collagist Christian Marclay. In 2005, Marclay began work on the piece that become “The Clock,” a 24-hour installation video depicting nothing more or less than the passage of time. A montage of thousands of clips stretching from distant film history to the recent cinematic past, “The Clock” is a real-time movie of minutes passing. In each surgically precise clip, a clock is present, or the time is spoken aloud, synchronized with the local time zone. For an entire day.

The result is a four-dimensional quilt of moments stitched together by time and vaguely by theme, a kind of anti-narrative “story” that has left viewers mesmerized. It’s currently on display at the MFA until Jan. 29. 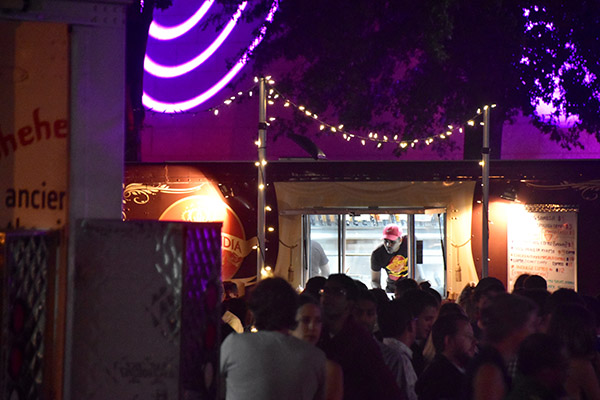 An employee at the Indulge India food truck serves customers at the #mfaNOW launch party on Saturday night. Indulge India was one of four food trucks--others included Bonetown Burgers, North East of the Border, and Sheherazad--that served crowds on the Linde Family Wing parking lot throughout the evening. By Melanie Y. Fu

There are a number of commandments for exhibition, handed down from Marclay himself and rigorously maintained at the limited venues which have been blessed by the presence of “The Clock” since its creation. The screen must be indoors and meet Marclay’s specifications for size; the aforementioned IKEA couches are an absolute necessity. Visitors must be allowed into the exhibition for free (in part to combat the staggeringly numerous copyright claims that could be, and have not been, made on the film), and can stay for as long as they’d like.

Most importantly, to allow the film to be experienced in its complicated totality, hosting museums must stay open for a full 24 hours at least once during the exhibition. This is the first of four all-nighters the MFA will be pulling in coming months.

Marclay has said that the piece is meant to serve as a kind of memento mori, keeping viewers inescapably and utterly aware of the passage of time—not just through the film’s obsessive tracking of minutes, but also as actors pictured in different moments of their careers age over the course of the film. Whereas most movies offer an escape route from our own timelines, “The Clock” tells us again and again that time is passing, that we are aging, that nothing is permanent. (And of course, all of this contemplation of time takes on an additional valence when coupled with the astonishing wait outside. Remember, you are dying. And also remember, you just waited three hours to be reminded of this fact.)

But if the line outside the MFA on Saturday was any indication, it seems to be a reminder we crave. Can a film about its own duration possibly maintain such manic levels of devotion? Only time will tell.