Women's Volleyball To Begin Quest for Ivy Three-Peat at Dartmouth 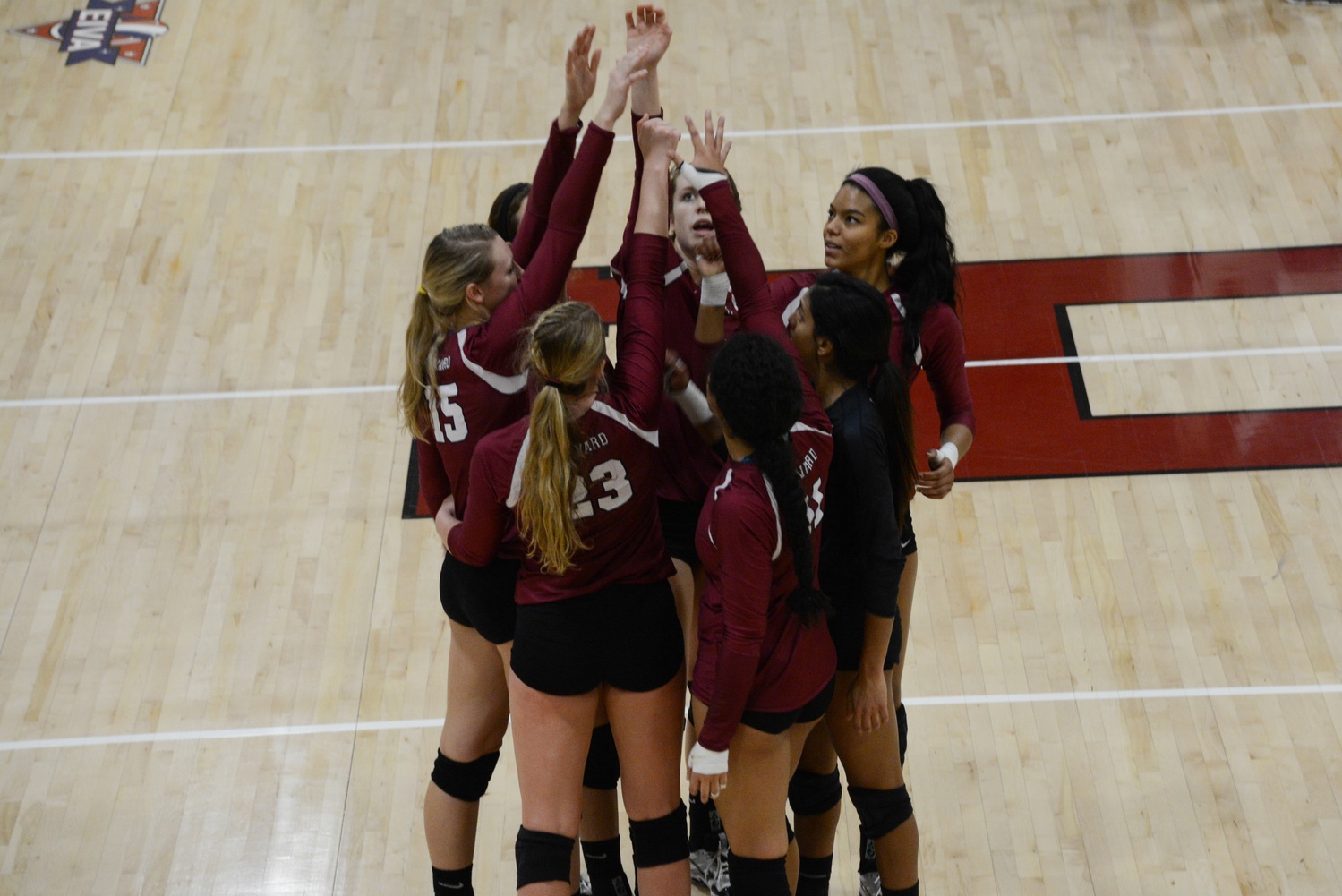 ­For the past few weeks, little pressure has been on the backs of the Harvard women’s volleyball team. Over the course of its non-conference schedule, Harvard coach Jennifer Weiss experimented with different lineups and positional alignments, veterans had an opportunity to shake off the summer rust, and new players had precious time to try to integrate into the existing team, all with little consequences on a macro level.

When it comes to gaining a bid to the NCAA Tournament, its chances of doing so at-large are slim. So, in the broad scheme of things, the results of those games did not matter.

That all changes on Friday.

Harvard (2-7) travels to Hanover on Friday to start its conference slate against Dartmouth (6-4), officially marking the beginning of the Crimson’s quest for an Ivy League three-peat.

“We all are super excited,” sophomore Christina Cornelius said. “We’ve practiced so hard this whole preseason and we’ve had a lot of games that have prepared us for our season.”

When Harvard takes the floor in New Hampshire at this week’s end, the same team that stole a set from the eventual national champion Nebraska in the NCAA Tournament last December will not be taking the court.

“We have a lot of raw talent,” co-captain Corie Bain said. “But it’s not like filling in the blanks with erasing a whiteboard and rewriting it.”

Most notably, instead of trotting out four experienced seniors, the team is defined by its youth. Now, four freshmen will see significant playing time.

After nine games, two of the top three players in kills per set were freshmen: Grace Roberts Burbank and Maclaine Fields.

Freshman Isabelle Tashima has ownership of the libero position entering the Big Green contest. A lone senior in Bain leads the Crimson into Ivy League play.

“The learning curve thus far is incredibly large,” Bain said. “I think [the freshmen] have handled it really well.”

Only one year removed from notching four conference wins, Dartmouth found itself only one win outside of the top of Ivy League when last season came to a close.

The Big Green’s resurgence was led by now-senior co-captain Emily Astarita, who nabbed All-Ivy First Team honors in her junior year. The Setauket, N.Y., native led the league in kills per set, averaging 3.92 per frame over the course of last year’s campaign.

The team was also buoyed by Paige Caridi, whose kills per set also put her in the top ten in the Ancient Eight at season’s end. But, the outside hitter graduated in June, leaving Dartmouth with a significant amount of offensive output to replace. The Big Green does still have its leading blocker in co-captain Kaira Lujan.

Harvard also returns its top blocker in Cornelius, who also happened to be the Ivy League top blocker per set, finishing her rookie campaign with 1.55 en route to being named Ivy League Rookie of the Year and being voted onto the All-Ivy First Team. But this year, she’s adopted a heavier role off the court as well.

“She leads by example,” Bain said. “She’s very good at knowing what to say…. She goes into it very confidently, and I think confidence is the number one determinant of leadership.”

While Dartmouth’s record is floating above .500 as Harvard only boasts two wins, there was no common opponent between the two teams.

The Crimson’s poor record to this point was in large part a function of the level of talent that the Crimson went up against early in the season.

Harvard has dropped its last two season openers, both to Dartmouth. The Crimson did go on to sweep the Big Green on the road in a crucial midseason matchup to keep pace with Princeton.

“We always have a pretty good game against [Dartmouth],” Cornelius said. “The two games that we played against them last year were really good games…. We’re focusing on us, our strengths and our weaknesses, and just trying to improve on everything we can before we go into the game on Friday.”