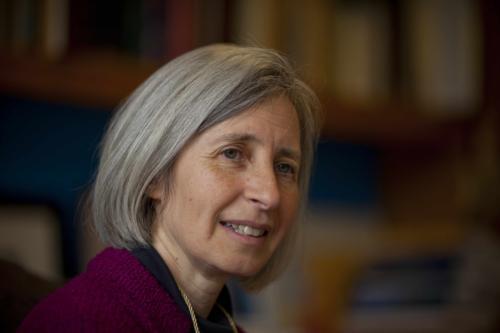 Twelve Harvard Law School professors will advise University President Drew G. Faust and University Provost Alan M. Garber ’76 in the search for the next dean of the Law School, the University announced Thursday.

In an email to Law School affiliates, Faust outlined the process for selecting the successor to Law School Dean Martha L. Minow, who said last week that she plans to step down at the conclusion of the academic year after eight years as dean.

Minow will return to her role as a full-time professor as the Law School’s capital campaign exceeds its $305 million fundraising goal and the school prepares for its Bicentennial celebrations planned throughout 2017.

Faust invited students, professors, and alumni at the Law School to provide input into the dean search, offering an email address dedicated to the process. She wrote that the letters and emails will help her identify candidates and learn about the school.

“We will particularly appreciate input on the principal opportunities and challenges facing Harvard Law School in the years ahead, on the professional and personal attributes you regard as most important to seek in the next dean, and on particular individuals at Harvard or elsewhere who you believe warrant serious consideration for the deanship,” Faust wrote.

Law School professor emeritus Alan M. Dershowitz said previously that he expects the new dean will come from within Harvard’s faculty, as deans traditionally have in the past. The University has not appointed an interim dean at the Law School, and both Minow and other professors have said they expect Faust will choose the next dean before July. The secretive search process that resulted in Minow’s selection in 2009 lasted about five months and had no clear front-runner until the final announcement, which was made in June.

—Staff writer Jamie D. Halper can be reached at jamie.halper@thecrimson.com.