As the Athletics Department takes new steps to build a more diverse staff, it faces a series of challenges that coaches, players, and administrators alike said slows progress.
By Brittany N. Ellis 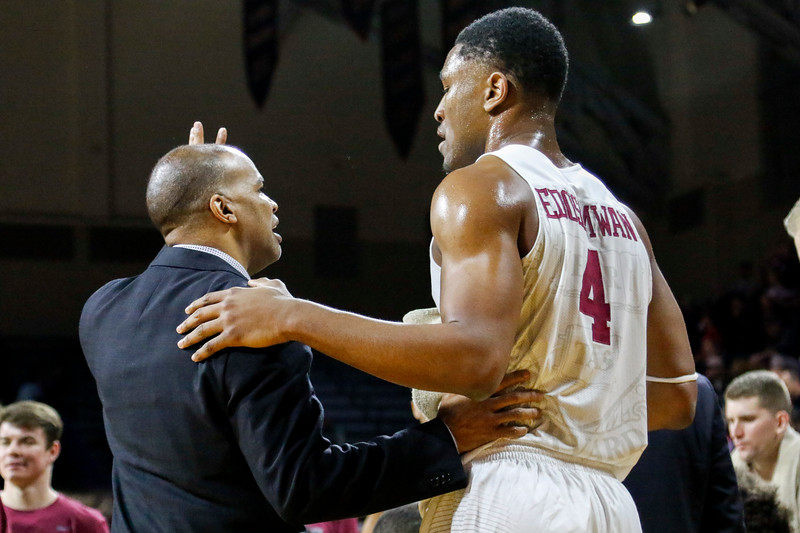 Tommy Amaker has led the men's basketball team to new heights. When he was hired at Harvard, he was its first black coach in 16 years. By Timothy R. O'Meara

When Tommy Amaker took a job as the head coach of the men’s basketball team, he was the first black head coach at Harvard in 16 years.

A decade—and several March Madness appearances—later, Amaker is one of only four head coaches across the University’s 42 varsity teams who are people of color. And while the department has added two African American senior administrators to its ranks in recent years, minority representation remains low among the more than 80 assistant and volunteer coaches in the department. The Athletics Department does not release specific demographic data on its staff.

“We are disappointed at the lack of progress we have made in improving diversity in the athletic department,” Scalise wrote in an emailed statement. “We are working to address any inequities, recruit and retain a diverse staff, and create an environment where all our student-athletes feel supported and our coaches and staff feel respected.”

But as the Athletics Department takes new steps to build a more diverse staff—and reflect a student body where the majority of the freshman class is nonwhite—it faces a series of challenges that coaches, players, and administrators alike said slows progress. A combination of low compensation for assistant and volunteer coaches, the high cost of living in Boston, and a certain “stigma” associated with Harvard have kept hiring among nonwhite coaches low, they said.

“I think being recruited, you definitely take into account: ‘Who am I going to be surrounded by in most of my time?’ because you do spend a majority of time with your team, and in the Athletics Department,” said Sydney E. Skinner ’19, a member of the women’s basketball team. “So I definitely did take that into consideration.”

Not that Harvard is the only Ivy League athletic department that has grappled with issues of diversity.

In a recent report on women’s collegiate athletics produced by the Tucker Center for Research on Girls and Women in Sport and The Institute for Diversity and Ethics in Sport, the Ivy League was one of four athletics conferences to receive an “F” for racial diversity—according to the report, only 8.6 percent of coaches of Ivy League women’s teams were nonwhite.

According to Richard E. Lapchick, director of The Institute for Diversity and Ethics in Sport, this was the first year conferences had received an “F” in the history of his organization’s reporting.

In an October interview, Scalise said there have been few open head coaching positions in recent years, making it difficult to hire a more diverse cadre of coaches. Still, he praised the progress to department has started to make. 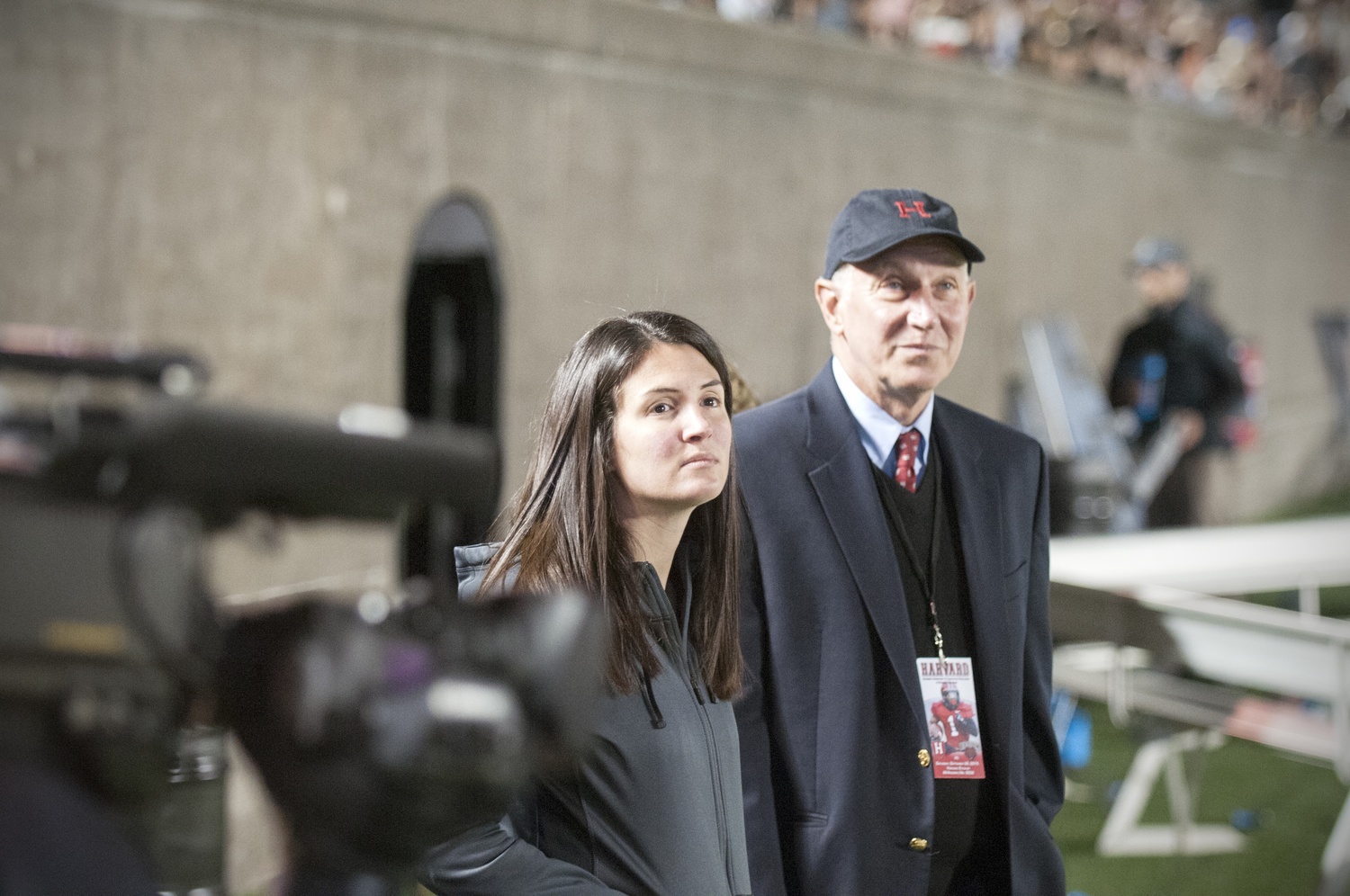 Athletics Director Robert L. Scalise on the sideline at halftime of the Harvard-Brown football game. By Mark Kelsey

“We haven’t had a lot of positions open up that are possible, I’m actually very pleased that we’ve made good progress,” he said. “We have James [Frazier]. We have Tommy [Amaker]. We have Ted Minnis and no one has a person of color coaching water polo in the country. We have Traci Green who is a female African American head coach in our league. Again, I think we are doing better than most of the other places in our league.”

Amaker, Minnis, and Green declined to comment for this story. Minnis coaches both men’s and women’s water polo, while Green heads the women’s tennis team.

“We have a few assistant coaches, but I’d like to see more assistant coaches, have more diversity there,” he said. “Two of our senior staff members are African Americans, and I think that that, in a sense, is good progress but it’s not enough progress, so that’s why I’m disappointed.”

The Athletics Department does not release data on the demographics of their staff. Unlike the Faculty of Arts and Sciences and the Office of Admissions and Financial Aid, both of which regularly publish detailed demographic data, Scalise said the department “informally tracks” staff diversity.

Scalise also said that Athletics will be coordinating with the Faculty of Arts and Sciences’ human resources office to broaden the department’s future job searches.

Harvard’s head of strength and conditioning James L. Frazier, who has been involved in a number of staff search committees, said that while Athletics tries to cast a wide net, many minority candidates “don’t seem to be interested in coming.”

During his nearly decade-long time at Harvard, Frazier said he has only had two minority interns within his own program, adding that most minority candidates went on to take jobs at bigger schools with larger athletics departments. Frazier also pointed to a “stigma” around Harvard, as a historically predominantly white institution, as a possible detractor for minority candidates.

“We’ve made a couple of offers to candidates of color, and they’ve turned us down,” he said. “In the backs of their minds that could be something they’re considering.” 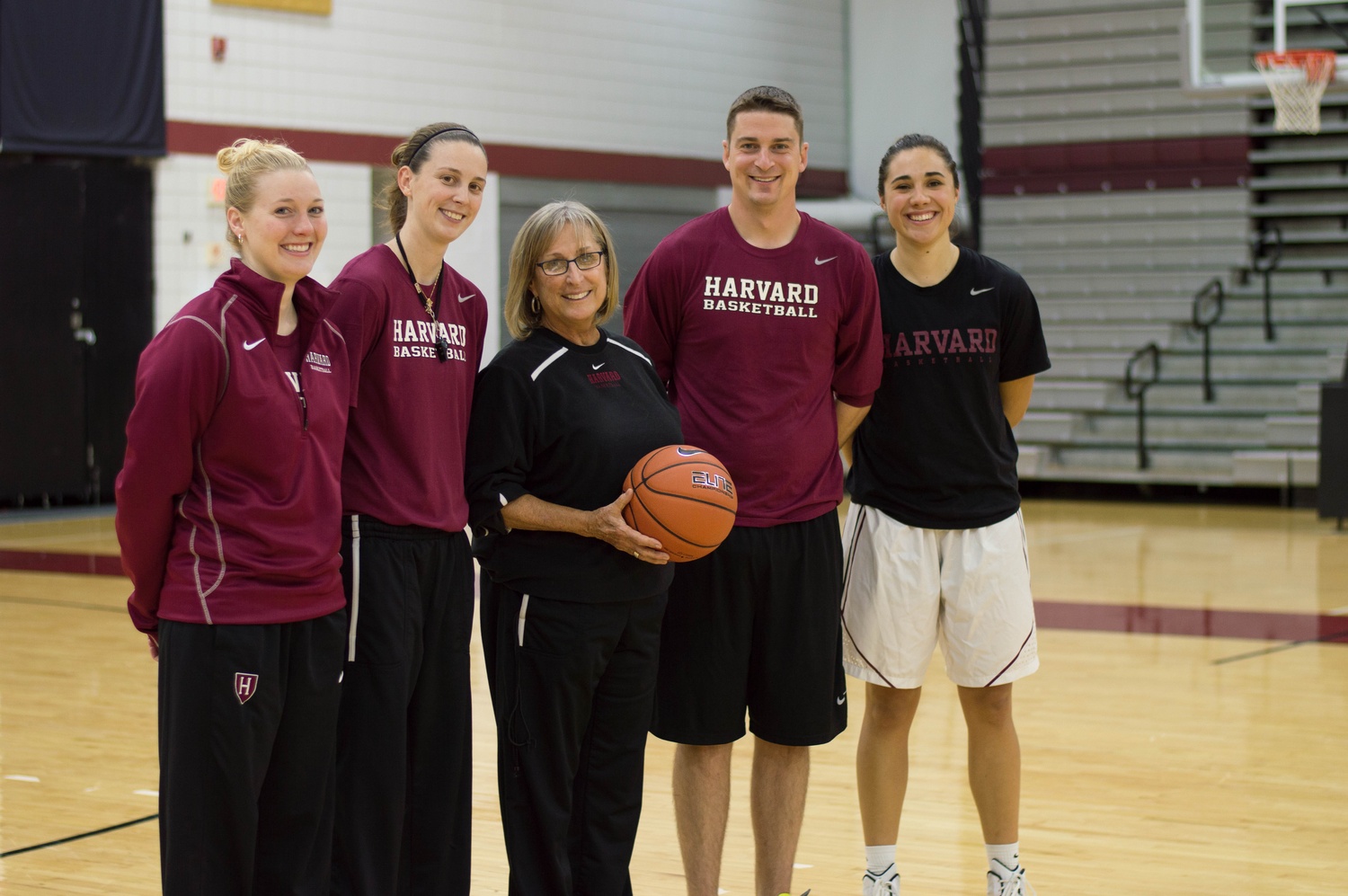 Delaney-Smith explained that much of the department’s hiring happens internally, with unpaid interns or volunteers eventually moving up into assistant or senior roles. However, Delaney-Smith said, attracting candidates from lower socioeconomic backgrounds to unpaid or lower paying positions to begin with is difficult.

“It’s hard for my volunteers over the years to live in one of the most expensive cities in the world,” she said. “And honestly, and Bob [Scalise] knows this, but I think salaries need to get better because sometimes we’ll have really quality coaches that we can’t get because we aren’t competitive with the other schools that we are recruiting against or we can’t keep them long.”

According to publically-available statistics from the U.S. Department of Education, assistant coaches for Harvard men’s teams made $53,983 on average in the 2015-2016 year. The average assistant coach for a women’s teams earned $39,006.

Delaney-Smith also pointed to a lack of of benefits for assistant and volunteer coaches, explaining that some of her coaches do not have access to parking at the Athletics complex.

The department is currently conducting a review of the way it compensates its coaches. Starting in November, the department will also begin unconscious bias trainings for its staff and coaches, following a department-wide cultural review.

In the meantime, a lack of diversity in coaching may also affect recruiting: Several athletes said they considered departmental diversity before committing to Harvard.

Chris E. Egi ’18, a member of the men’s basketball team, echoed Frazier’s concerns about a certain “stigma” around Harvard, crediting Amaker with battling these perceptions.

“So there’s a little bit of that stigma of this elite kind of institution that doesn’t necessarily fit into basketball culture, and I think that’s a stigma we’re still battling today,” Egi said. “But I think Coach Amaker has really done a great job of challenging that and showing that Harvard can be a place for anybody regardless of socioeconomic status, race, and where you’re from.” 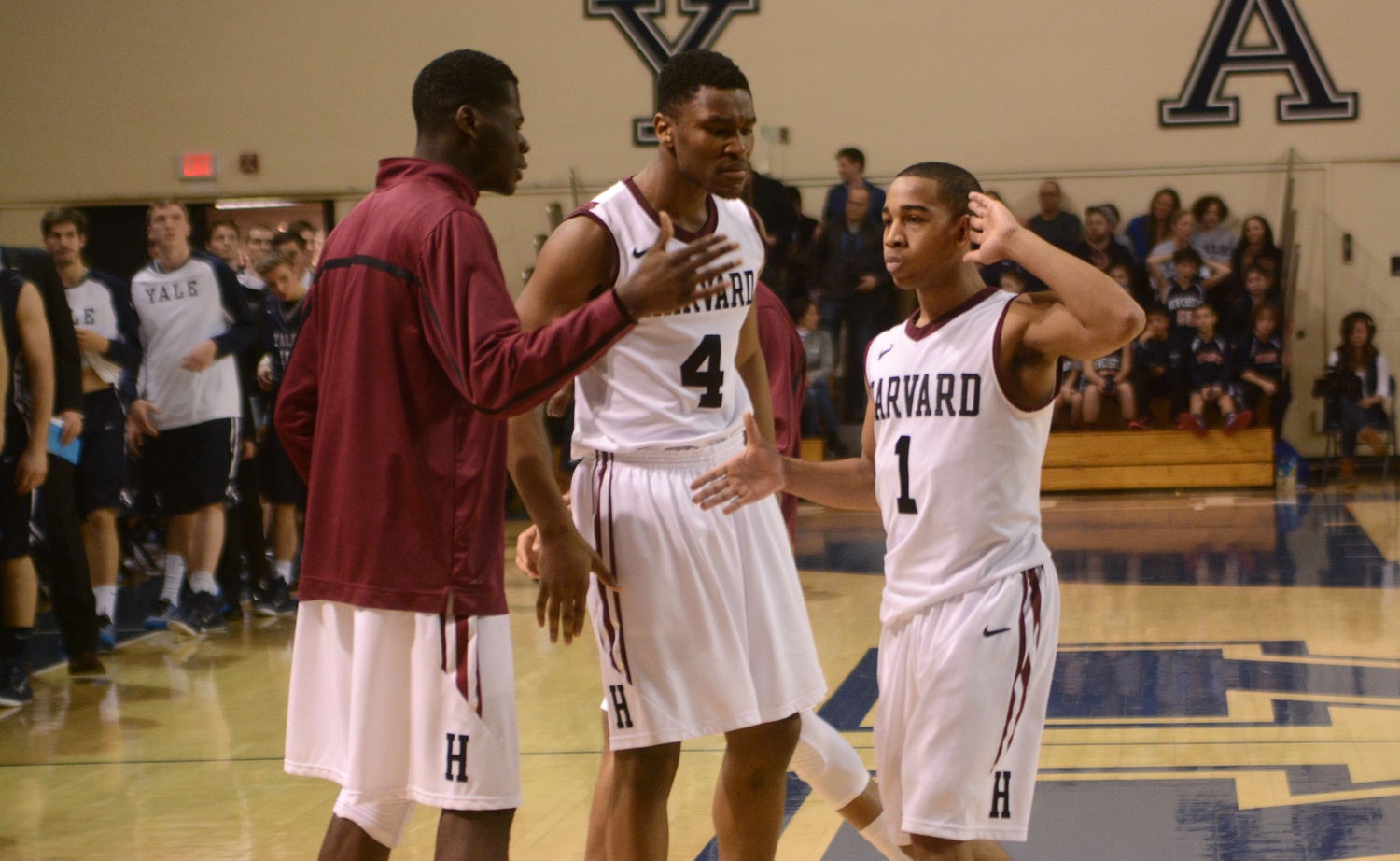 Amaker is known for his monthly “breakfast clubs,” during which he meets with a number of predominantly African American scholars, entrepreneurs, and professionals from throughout the Boston area to talk about current events, politics, and sports.

“Having a black man in a position of power like that, especially the way our coach in particular interacts with the community here, I think it means a lot in terms of pushing boundaries and taking those steps,” said Egi.

Skinner—who, along with Egi and football player Tanner J. Lee ’18, praised the department’s diversity efforts—pointed out that while some sports are traditionally less diverse than others because of costs or a lack of opportunity in certain regions, having greater representation of people of color is key to supporting student athletes across the board.

“I think increasing the amount of exposure that people of color do have in higher places of power in the Athletics Department is always a good thing to see,” she said. “I think it’s beneficial to the school and athletes themselves because as a person of color, having people who look like me and have similar backgrounds to me, makes my experience and how I feel about the sport I am playing so much better.”