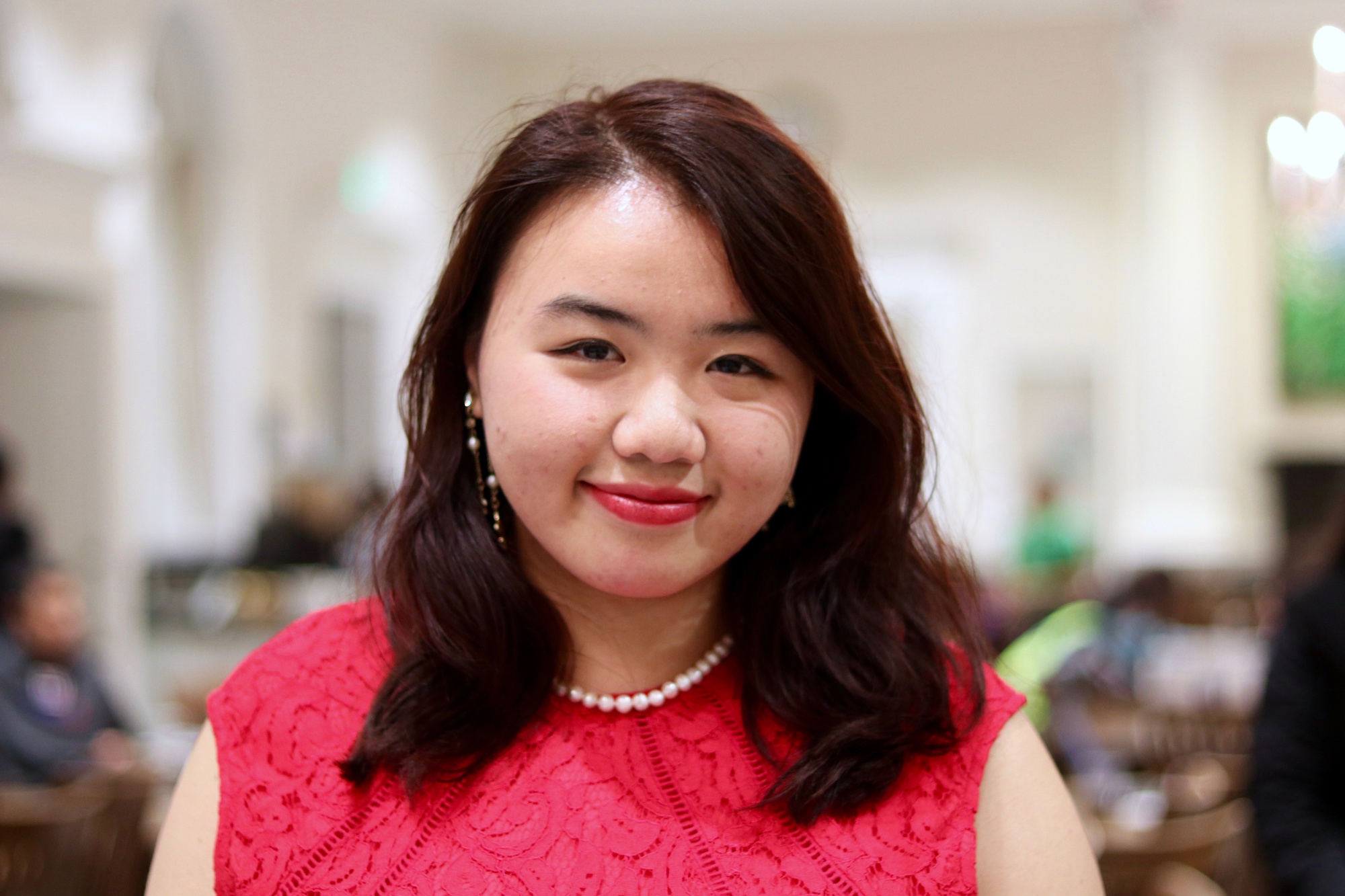 For Guo, a full slate of tasks and quirky projects mimics the pace of New York City, her hometown, and has been business as usual since middle school.

As a high school student, Guo worked on a team of 21 teen advisors in the Girls Up United Nations Foundation to pass a bill in the U.S. Senate. “[Lack of] birth certificates, a very basic thing, blocks a lot of women and girls from getting access to education, healthcare, etc. It was about the United States recognizing that that was a priority,” Guo says. In 2013, Guo was appointed to the New York City Youth Board, where she advised the city on youth programming. She was one of the youngest people on the board.

While pursuing community service, Guo became interested in computer science. “I realized that technology was revolutionizing the way we were interacting with each other,” Guo says, “and I knew nothing about it.”

Guo got her first real experience with computer science when she was selected to participate in the Women’s Technology Program at MIT, which works to introduce young women who have no formal computer science or engineering training to STEM fields like computer science and physics. Now, Guo includes computer science, something she once viewed as a “black hole,” in her academic life and beyond. 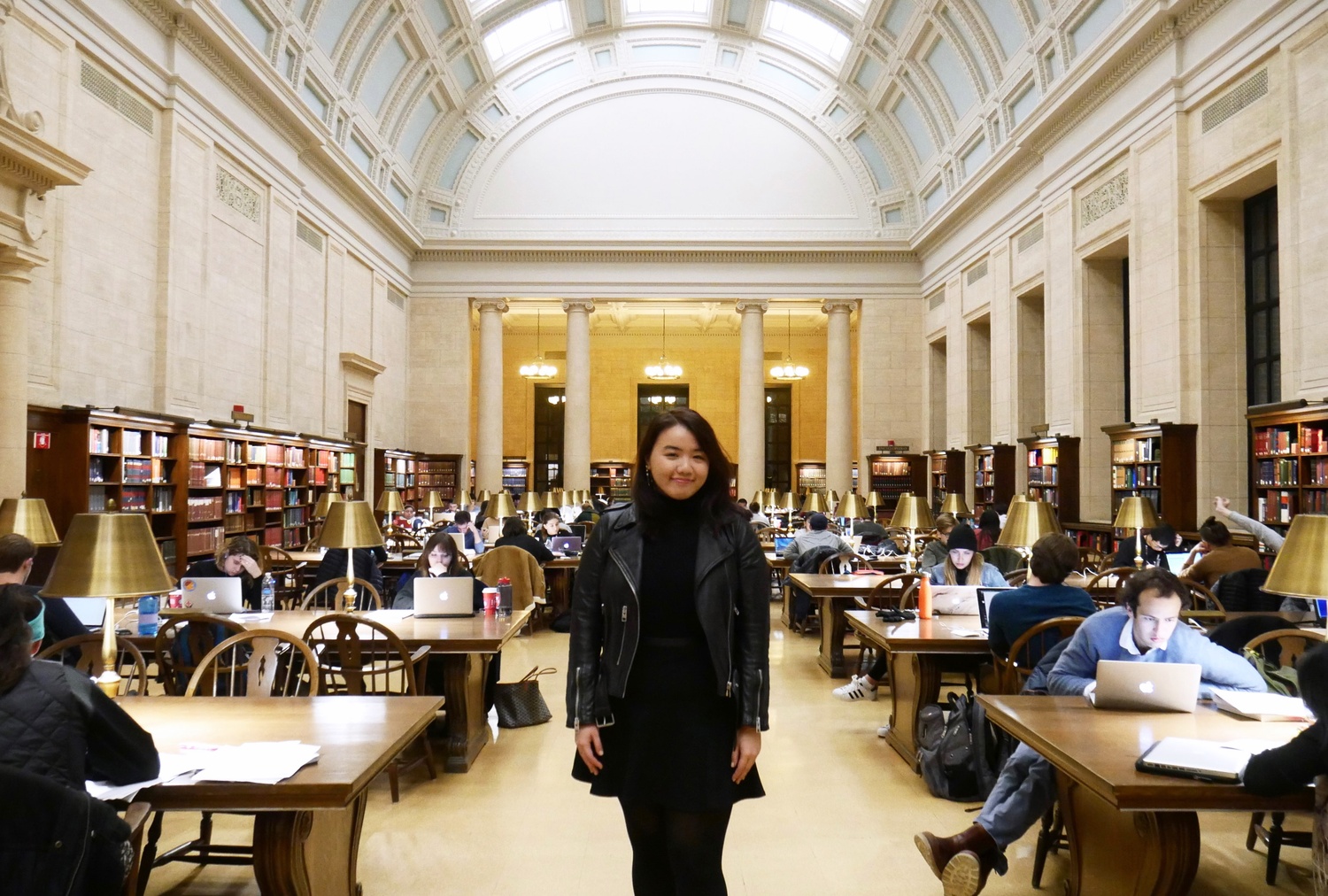 “It was really helpful that my first experience learning technology and how to use it was in this very supportive space of women” Guo says, referencing the MIT Women’s Technology Program.

She was also dismayed by the lack of representation in the industry. “I didn’t know why most of the people who were coming up in technology didn’t look like me,” she says. “It just felt like the right moment to take it upon my own hands and learn it.”

During Guo’s freshman fall, she took CS50: Introduction to Computer Science. “My problem was that it was not enough for me, at an intellectual level, to just learn how to code and not learn all the implications and the history,” Guo says.

So, she formed her own special concentration: Technology, Policy, and Society.

“One of the first things that was told to me in pursuing this is that: ‘You’ll probably be alone and singular in your endeavor,’” Guo says, “And I’ve actually found the opposite. I understand where they are coming from, but for me it was about creating my own community.”

Because she knew other students who were interested in interdisciplinary pursuits but lacked an outlet, Guo helped create a student policy program called the Science, Technology, Engineering, Arts, and Mathematics Initiative at the IOP.

“About 33 percent of concentrators in the IOP study technology-related topics or arts and humanities, as opposed to government,” Guo says. “The IOP is a large organization and [STEAM] was about catering to the needs of people who are interested in this intersection between politics and STEAM.”

What’s next? Guo is writing a novel, which uses magical realism to explore memorialization. After that, the possibilities are endless.

“There are so many experiences that are still out there in terms of learning and helping people,” Guo says. “A lot of people think that doors close, but I always see the doors that open.”

This story has been revised to reflect the following correction:

A previous version of this story incorrectly indicated that Guo worked with10 other girls in the Girls Up United Nations Foundation. In fact, there are 21 members of that group.