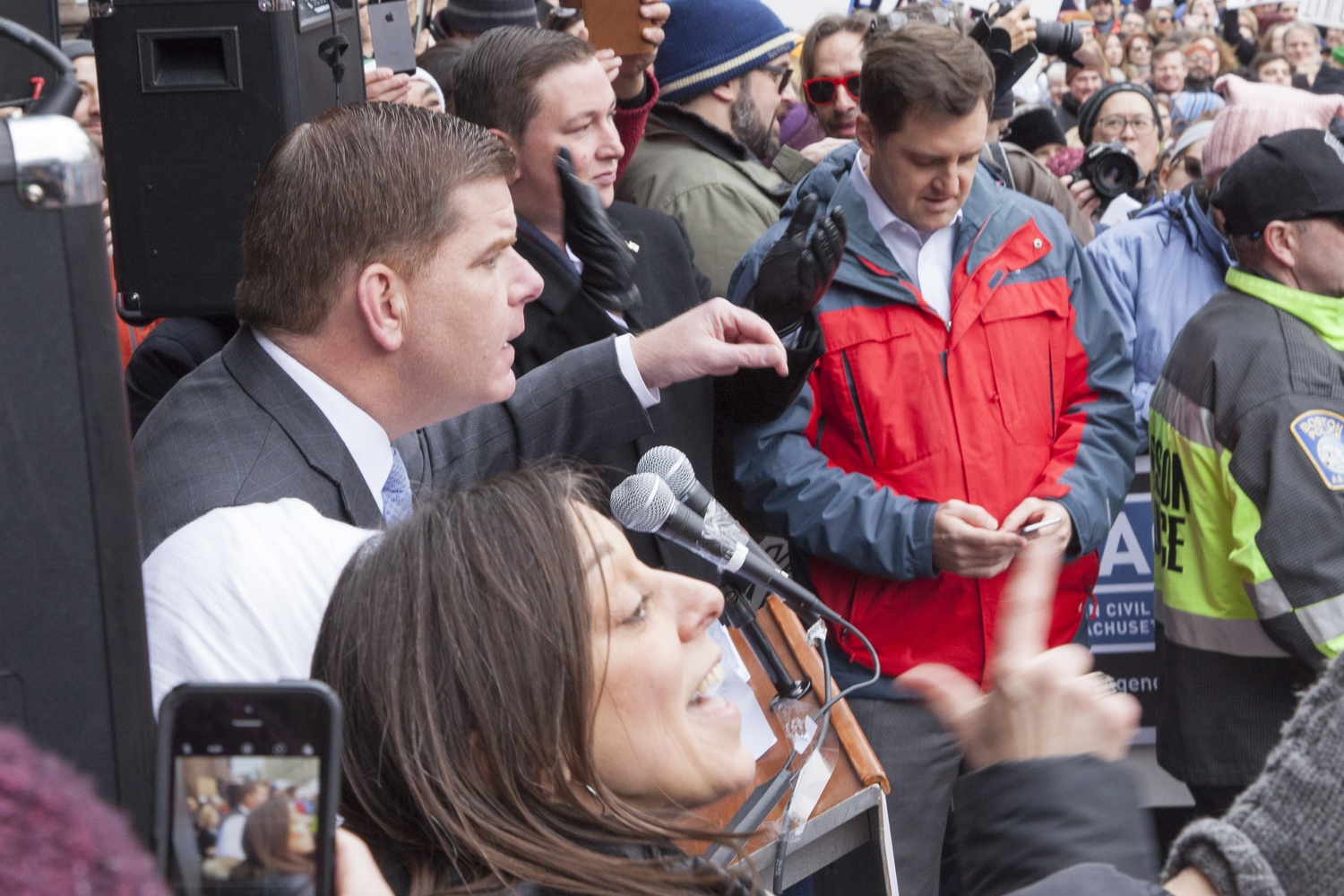 Boston residents have re-elected Martin J. Walsh for a second term as mayor on Tuesday.

Walsh defeated his opponent, Tito Jackson, as predicted by polls. At press time, Walsh was leading Jackson 66 percent to 34 percent. Jackson, a member of Boston City Council, ran against the well-established incumbent, touting policies aimed at addressing racial inequality and affordable housing. Had he been elected, Jackson would have become Boston’s first black mayor.

During his first term, the Walsh administration attracted General Electric’s headquarters to Boston and announced a goal of building 53,000 residential units by 2030. In this election, Walsh promised to focus on improving public education in Boston.

President Drew G. Faust has met with Walsh on a “semi-annual basis” over his four-year tenure, according to Kevin Casey, associate vice president for Public Affairs and Communications. The two are sometimes seen together at joint events like the groundbreaking of William F. Smith Field renovations in Allston. The University owns more land in Boston than in Cambridge.

In an email sent in May, Walsh emphasized the importance of representing residents’ best interests in Harvard’s ongoing expansion.

Construction of Harvard’s $1 billion science and engineering complex in Allston is on schedule, and the School of Engineering and Applied Sciences is scheduled to move across the Charles in 2020.

“My job as Mayor of Boston is to advance the interests of all of Boston’s residents, and it’s vital their voices are heard when it comes to residential development in Allston,” Walsh wrote in May.

Though Harvard spokesperson Brigid O’Rourke did not comment on the mayoral race directly, she said the University values its partnership with its host cities.

“There are few cities in the world that are home to such an exceptional mix of innovation, research, educational, and cultural institutions and Harvard looks forward to working collaboratively with Cambridge and Boston municipal leaders in the years ahead,” she wrote in an email.