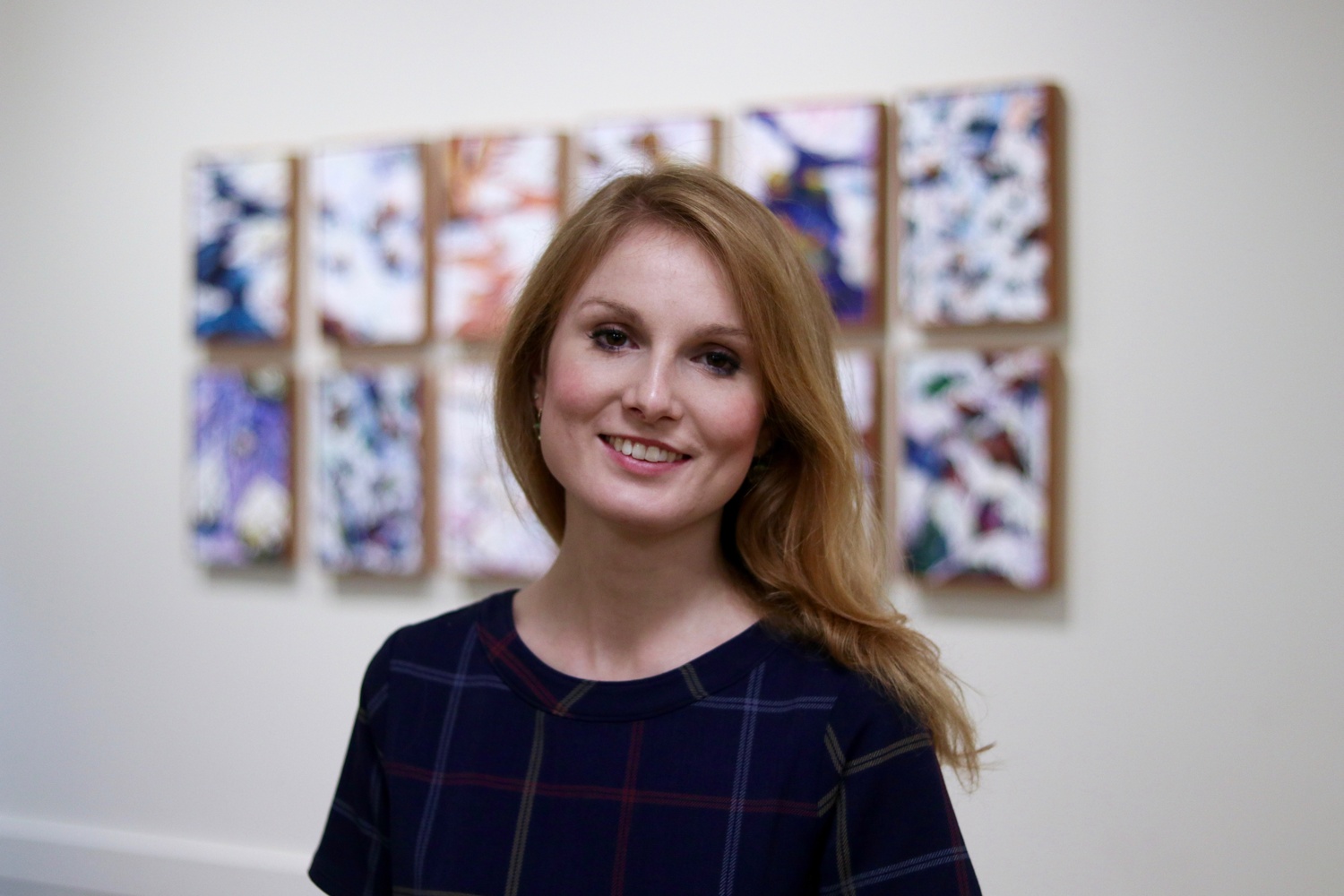 Elizabeth C. Keto '18, a Crimson Arts chair, will study in England next year on a Marshall Scholarship. By Amy Y. Li
By Grace A. Greason, Crimson Staff Writer

Elizabeth C. Keto ’18, a History of Art and Architecture concentrator and Crimson Arts Chair, will take her passions for art history and curating to the United Kingdom as Harvard's only 2018 Marshall Scholar.

Keto, one of 43 U.S. recipients of the Marshall Scholarship, will use the funds for a two-year master’s degree program at the Courtauld Institute of Art in London. She plans on studying art history and will enroll in a program called “Curating the Art Museum.”

The tuition, travel fares, and cost of living expenses will be covered by the Marshall Scholarship, which is funded by the British government and allows recipients to study at any university in the U.K. The goal of the scholarship is to “strengthen the enduring relationship between the British and American peoples, their governments and their institutions,” according to the Marshall Scholarship website.

Keto, a Quincy House resident, said she was attracted to the Courtauld Institute because it boasts the well-known Courtauld Gallery, which hosts the university’s art collection. Ultimately, she said she’d like to pursue a career in “museum work and curating,” the culmination of a long-held passion for drawing and painting and her experience studying art history at Harvard. She said she wants to ensure that people of all identities and backgrounds are able to create and enjoy art.

“I definitely want to do something connecting works of art with the public,” Keto said. “I also think that now is a really important time for a new generation of curators to be coming in and thinking about how to make museums more inclusive, both in terms of the artists they represent, and in terms of the visitors they’re attracting.”

Keto began the process of applying for the scholarship last summer. She had to receive Harvard’s endorsement before she could proceed with the other parts of the application, which included essays and a panel interview. Keto found out she was selected in mid-November.

Sarah E. Lewis ’01, assistant professor of History of Art and Architecture and of African and African American Studies, served as a mentor to Keto throughout the application process. Lewis is a former Marshall Scholar herself.

“I was thrilled but not in the least bit surprised when Elizabeth Keto let me know that she had been awarded the Marshall Scholarship,” Lewis wrote in an email. “I have no doubt that she will offer the field of art history new ways to consider its role in the creation of a more inclusive and just civic society.”