Clover to Open in Science Center 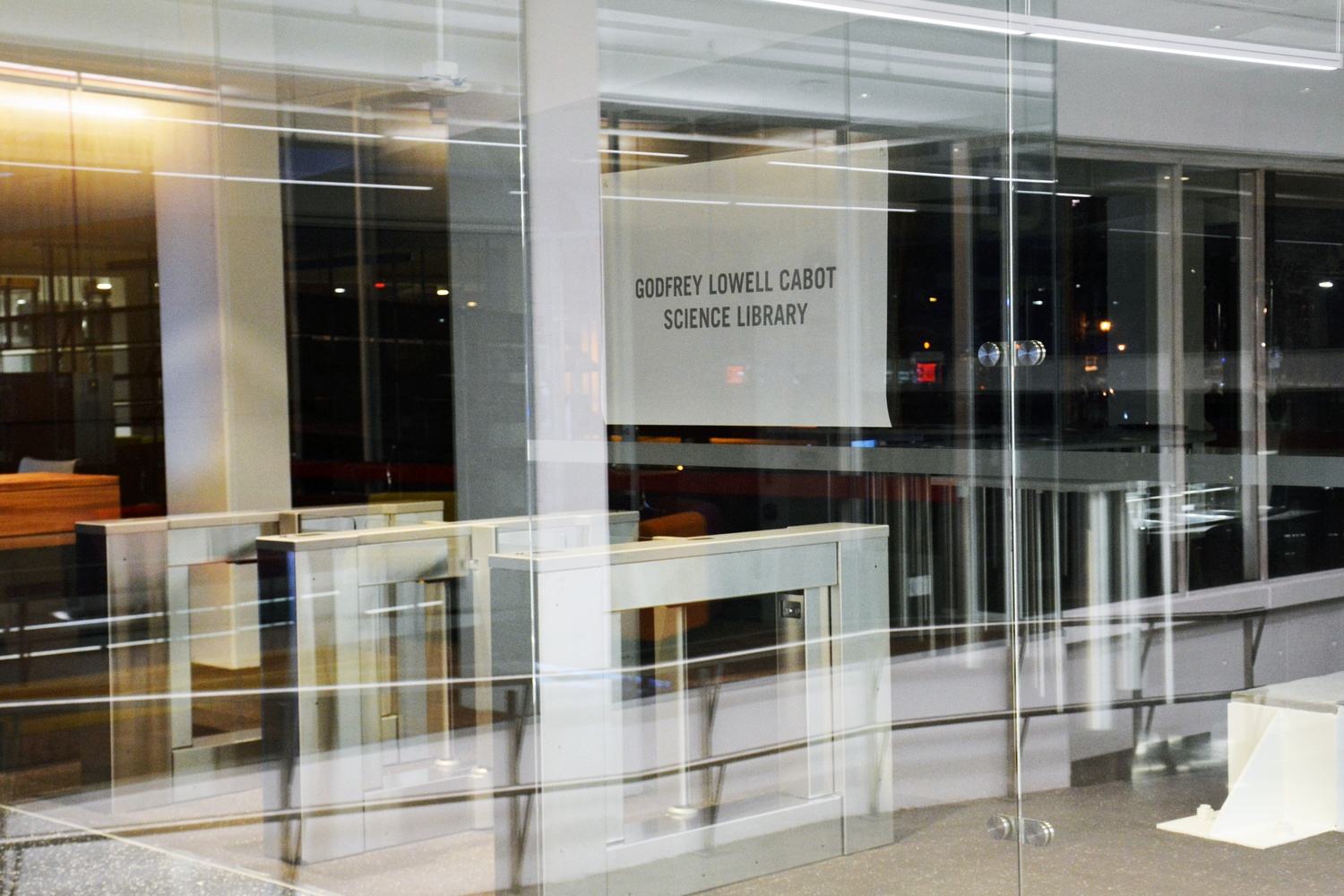 The first floor of the Cabot Science Library reopened on Monday after nearly a year of construction. Clover Food Lab, a local vegetarian chain, will open a new restaurant inside. By Nicholas M. Sertl

While the redesigned library opens Monday, the new location for Clover, a local chain restaurant specializing in vegetarian sandwiches and sides, has yet to open its doors. Clover’s Science Center location will join a Mass. Avenue storefront, and will be the company's thirteenth location.

The newly-opened library also features a coffee bar—which was operational Monday—along with “diner-style study booths, flat-screen TVs, multiple social collaboration spaces, and a new ‘Discovery Bar’” what will host a variety of programs, according to a press release from the University. A redesigned and more easily-accessible courtyard also features prominently in the new renovation.

“The now transparent and open architecture at Cabot Library recognizes a thoughtful evolution of learning and teaching that is more social and collective,” said Mack Scogin, an architecture professor at the Graduate School of Design and the project’s designer, in the press release. “It is a hybrid learning experience arising from both the classroom and the library that sacrifices none of the intensity of either.”

The renovation is in line with Harvard’s Common Spaces Initiative, a program launched in 2008 that aims to create areas for collaboration, according to the press release. The library now features two new media studios, seven group study rooms with writable walls, and, for the first time, undergraduates will be able to reserve rooms.

“The College hopes this new space can foster student-led programming such as social events, support creative collaborations with library staff, and serve as an environment in which students can connect informally with their peers, faculty, and staff,” said David R. Friedrich, associate dean of students, in the press release.

Plans for the renovation of the Cabot Science Library were announced in 2013 and it has been closed since May of 2016 for construction. Those who frequent the Science Center have seen the walls come down this semester, revealing extensive glass panelling.

Clover’s new location in the Science Center is the latest development in a sometimes-fraught relationship between Harvard and the local eatery. Just last year, Harvard forced Clover from the Smith Campus Center as renovations on the Center began. According to Clover CEO Ayr Muir, Harvard asked the business not to speak about the involuntary move.

The addition of Clover also marks a move from the HUDS-operated Greenhouse Cafe to a privately owned business. But this is not the first time a restaurant chain has occupied space in the Science Center: About twenty years ago, fast food chain Chick-fil-A occupied part of Greenhouse Cafe. The chicken sandwich shop was removed in 2003 following a renovation, much to the chagrin of some students.