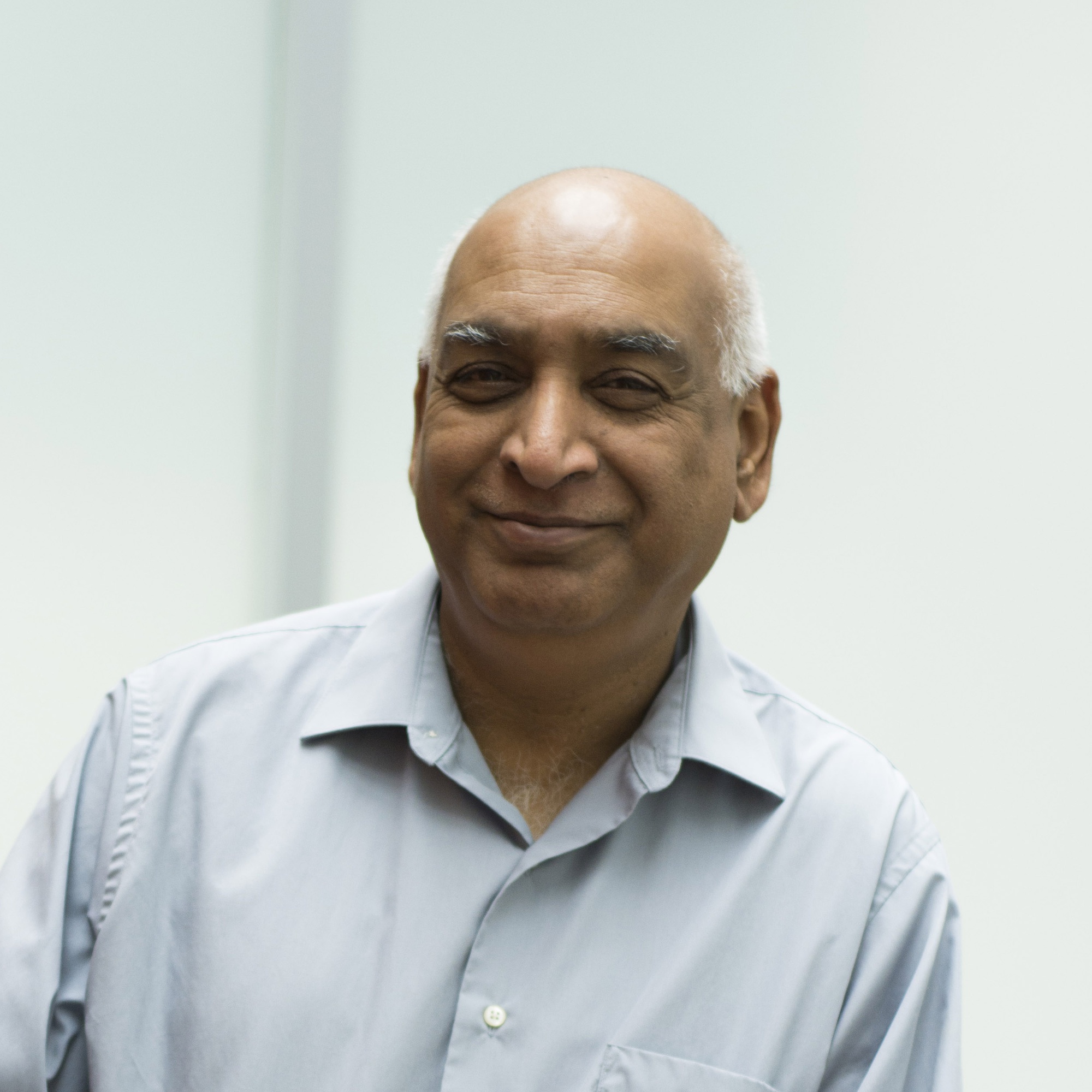 "In science, you are never done," says Shiv S. Pillai. "There is always something that’s not finished. The only way to survive in this type of field is to really enjoy the stuff you do, and to have fun with whatever comes out of it. "
By Walter N. Paiva

Shiv S. Pillai spent his childhood acting in theater productions—a fact that won’t surprise anyone who has encountered the lively, charismatic professor. Later, he shifted his focus to the laboratory, where he emerged as a pioneer in the field of immunology. Today, Pillai is a Professor of Medicine and Health Sciences and Technology at Harvard Medical School. He researches the determinants of disease in hopes of finding better ways to treat and prevent illness in humans. In the classroom, Pillai considers himself not just a teacher, but also an entertainer and a storyteller. Editor’s note: this interview has been edited for length and clarity.

FM: How did you become interested in a career in medicine and eventually immunology?

SP: I think that when I was about 14 or 15 years old, I read a book called “Microbe Hunters.” It’s a book which described Pasteur, Koch, and all the pioneers who discovered that microbes cause disease and things like that. And it got me interested in medicine.

FM: Could you briefly describe your current research?

SP: There are a couple of aspects to my current research. One angle really concerns disease.

We’ve tried to take a couple of diseases and figure them out. So we’ve been looking at two fibrotic diseases where you get scarring basically in your tissues—[they’re] called fibrosis. And we’ve been trying to find clones of lymphocytes, those immune cells that go into the tissues, because of the powerful tools you can use nowadays with next-gen sequencing. You can take a million cells and find out which are most expanded using this technology. It’s possible we could answer these questions. So we’ve actually made some progress in understanding why people get fibrosis.

FM: As head of a laboratory, you are in charge of a team of researchers working in close coordination. What type of work environment do you hope to foster in your lab?

SP: Fun. The reality is that science is actually hard. Medicine, for me, was much easier in the sense that you went in the morning, you did your job. Even if you stayed late, when you were done you were done. If the patient survived, you did everything; if the patient didn’t make it, you had done everything. That was it. In science, you are never done. There is always something that’s not finished. The only way to survive in this type of field is to really enjoy the stuff you do, and to have fun with whatever comes out of it. This is a different kind of fun. It’s not the partying kind of fun, but it’s enjoying what you do. So I hope in my lab, it’s a friendly group. My office door is always open. People come in and go out. We eat a lot. We have fun.

FM: What is your favorite part about teaching, and how do you keep students excited and interested?

SP: I have a formula. I always tell stories. Immunology is filled with stories. Some of the stories are about people I know, things I’ve witnessed happen, and discoveries I’ve seen being made, with some personal aspect to it perhaps. I like to tell stories and then go to the board to explain what’s going on. And since I’m this pretend poet, I always end with a summary in rhyme. The rhyme can be 10 minutes long; it can be two minutes long. It’s what I’m known for. There are people who write to me sometimes, not for the science, but because they’ve seen something on Youtube.

FM: What is your process of writing these rhymes?

SP: Long flights when I’m bored—flying to Japan. I’ve got to pass the time, so I sit, think, and write a rhyme. It always has science in it, and I try to explain something. It’s kind of fun for me.

FM; In your field, breakthroughs are being made at a rapid pace. In your opinion, what areas of research related to immunology are most promising right now?

SP: The thing that most people are excited about in recent years is tumor immunology. That’s because the only way to cure a cancer today is to react to it with the immune system—all the other treatments are not cures or are generally not cures. You can have a remission and never know when it will come back, or have a partial remission. But with some of the new immune treatments, which are only a few years old, people have had tumors where they should have died in three months, and they didn’t. The first patient was in 2001, so people have lived for sixteen years already. Jimmy Carter had a melanoma three years ago. If he’d had it five years ago, he would be gone, but now he’s probably cured.

You can imagine what will happen that one day when we understand enough. It took us a long time to find cures for cancer. Before you knew that streptococcus causes arthritis, before you knew that it was a microbe, there were no treatments—it was all empirical. Right now we’re in that stage for many diseases. We know in diabetes that blood sugar goes up and insulin goes down, so we give you insulin. But why does that happen? What exactly is the mechanism? I think a lot of that is going to come from immunology.