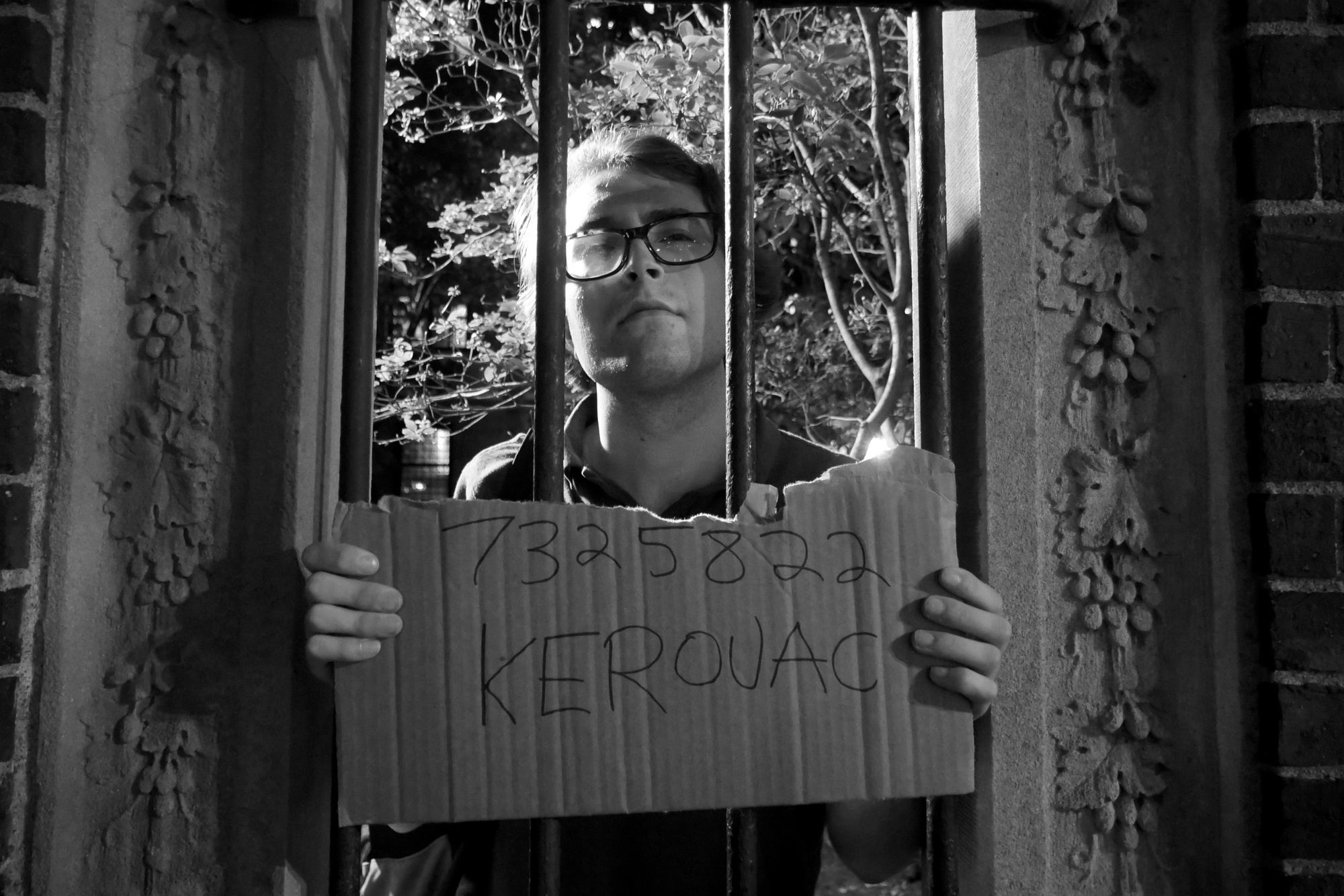 The doors squealed open and we bounced in a jiffy onto the 5 p.m. Crimson Cruiser, pulling ole Bull in behind us just as everyone was tooting to go.
By Drew C. Pendergrass

It was just a usual Saturday goodtime, nothing else. Cambridge glowed red before our eyes—the screaming 71 bus, gals cutting by, the hundreds occupying the emptiness of space—all reflected in blended neon colors on the window of the Crimson Cruiser.

It was Big Ed, Dean, Bull, and I bustling with our cigarettes and sunglasses leaping like jack-in-the-boxes at the Widener Gate. “Now we must run and jump and see the quad and the people and smell the world!” Bull yelled, his face shadowed by a three-day-old beard and an enormous black Panama hat concealing a flask of Jack. “Ah God! Life! Don’t worry ‘bout nothing,” Big Ed belted as he wobbled unstably and sucked at a joint, smoke rising in the goldenness of the afternoon of time.

The doors squealed open and we bounced in a jiffy onto the 5 p.m. Crimson Cruiser, pulling ole Bull in behind us just as everyone was tooting to go. Funny thing about Bull: He’s always rearing onto the next bender until he pulls out his horn and starts grooving like a Charlie-Parker-type cool cat. “The mere sound and serious exuberance of the music is all I care about,” he groaned as Dean grabbed his sweat-stained shirt. Ed snuck me some blow he got from this international cocaine set in Berlin, and we boogied to Bull’s hot licks as that mad shuttle roared down Mass Ave.

Dean pulled out his hot plate and started boiling down codeine cough syrup into a black mash, hooting like a maniac. He wore one of those Kentucky Derby hats, a vest with nothing underneath, and salmon shorts. Bull was sweating and hitching up his horn and writhing into it, and a tone just like Lester Young himself flew like a bird into the Crimson Cruiser. Ed hummed the Star-Spangled Banner, his face coated in a thick layer of mud from the Mississippi River, the lifeblood of America.

The sun slanted, the bugs flip-flopped, the pavement groaned under the weight of life which is the one true essence of mind. Dean screeched as he burned his tongue on the hot syrup.

As I watched Bull flip his Panama hat to get to the liquor, I remembered the first time I met the kid. It was First Chance Dance, a hootchy-kootchy little shindig with a little jazz and a whole lot of bebop. Things were simpler then. The gals, the good boys, the sweet digs, the children of tomorrow all looking out onto the shimmering essence of the Northwest Laboratory building. The Pfoho belltower is a much lonelier place. A single tear rolled down my face, forming an unpleasant paste with the cocaine that remained on my upper lip.

The Crimson Cruiser squealed to a halt, and the boys jumped out into the American night like mad beboppers out for a gig. But I stopped for a moment. As the sun was reddening, I realized this was one of those distinct times in my life, those strangest of moments, when I didn’t know who I was. I was far away from my home (Mather, what a trek), haunted and tired with travel, in a strange quad, hearing the shouts from the parties, and footsteps upstairs, and all the happy yet sad sounds, and I looked at the shuttle ceiling and really didn’t know who I was for about fifteen odd seconds. I wasn’t scared; I was just somebody else, some stranger, and my whole life was a haunted life, the life of a ghost.

“You grooving?” asked Ed, barely audible through the eight strips of Benzedrine he was chewing.

I thought for a moment—a cold moment.

“Skiddlyboop,” I said with a nod, and leapt ever forward into the night.