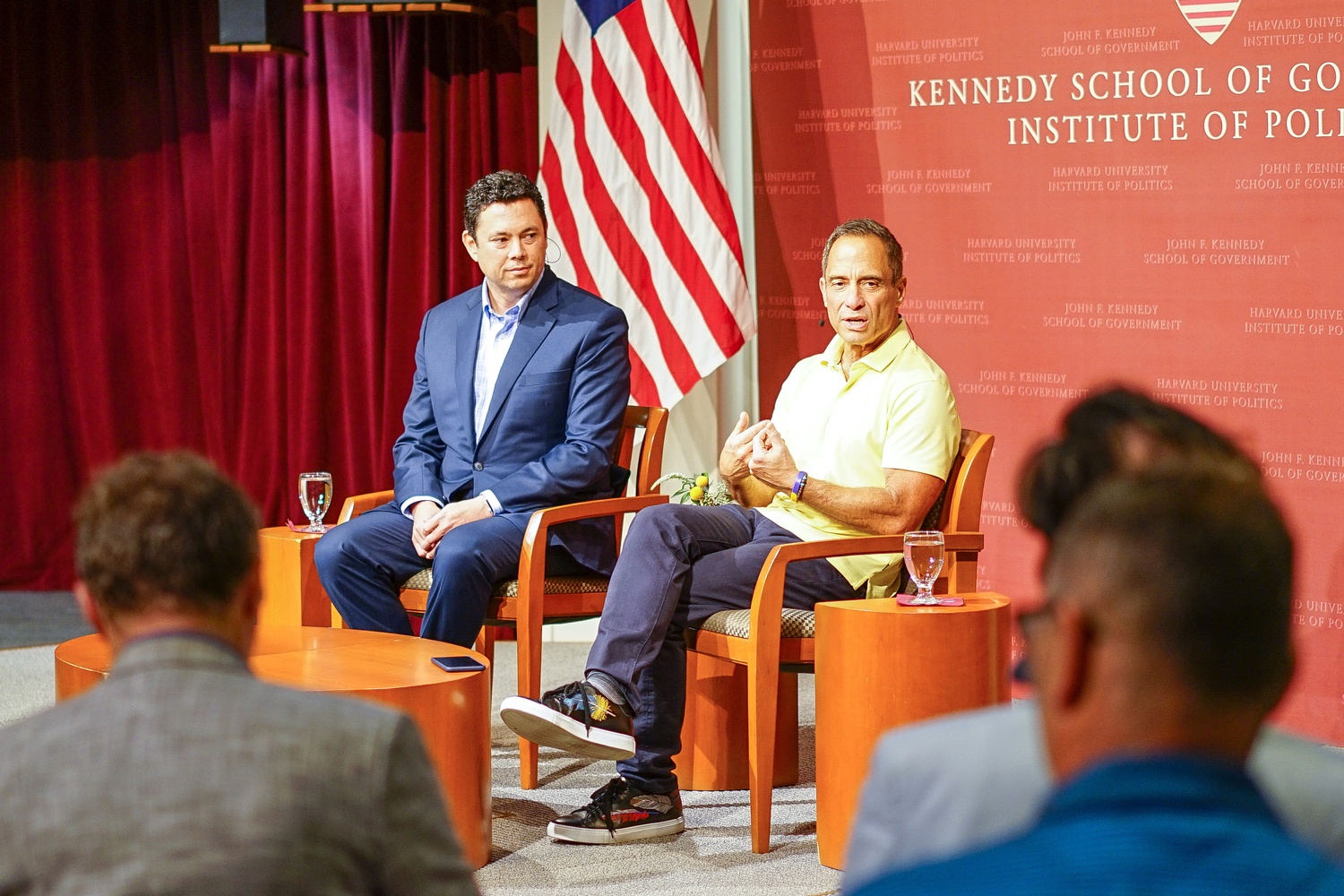 Harvey R. Levin—the founder of celebrity gossip website TMZ—discussed the future of privacy in an age where people share much of their personal lives online with former U.S. Representative Jason E. Chaffetz at the Institute of Politics Wednesday.

Chaffetz, a fellow at the IOP this semester, said he believes technologies like drones and cameras with facial recognition capabilities may be putting Americans’ privacy increasingly at risk.

But Levin, a lawyer-turned-journalist, disagreed with Chaffetz, adding that he is more concerned about using “traditional” technologies like phone records to invade personal privacy.

“I think there are still traditional technologies that is more troublesome to me than drone technology and things like that,” Levin said. “If these drones are flying around and see something that’s in plain view, that’s kind of always been the law that if something is in plain view, it’s fair game.”

In his work at TMZ, Levin said he is careful to uphold certain standards when reporting on celebrities’ private lives.

“There are all sorts of rules that I have. I have rules as a businessman, which I am,” he said. “There are things that just aren’t worth it to me.”

Towards the end of the event, one audience member asked Levin whether he and his website are “pro-Trump.” Levin has said he and President Donald Trump have known each other for more than a decade, and the two had a controversial hour-long meeting earlier this year.

On Wednesday, Levin denied his allegiance to Trump, instead arguing that he plays “devil’s advocate” to add balance to news coverage of the White House.

“We’re not pro-Trump. If anybody watches the show, they want him run out of town,” he said. “What I don’t want in the room is one voice, and there is one voice people hate him, so I play devil’s advocate not so much to be pro-Trump but to try and balance, and there’s a difference between the two.”

Levin advised young people to take risks early in their careers and to adopt an entrepreneurial spirit. He said he started TMZ after noticing an opportunity in the entertainment industry to publish stories online immediately after verifying their veracity.

“Find a hole in a market you’re interested in, if everybody is doing things one way that is the opportunity to find a different way,” he said, “If I can give you guys anything it’s this: the way to become really successful is to look at an area you’re interested in and try and figure out ‘is there something that nobody’s doing that’s gonna make this popular?’”