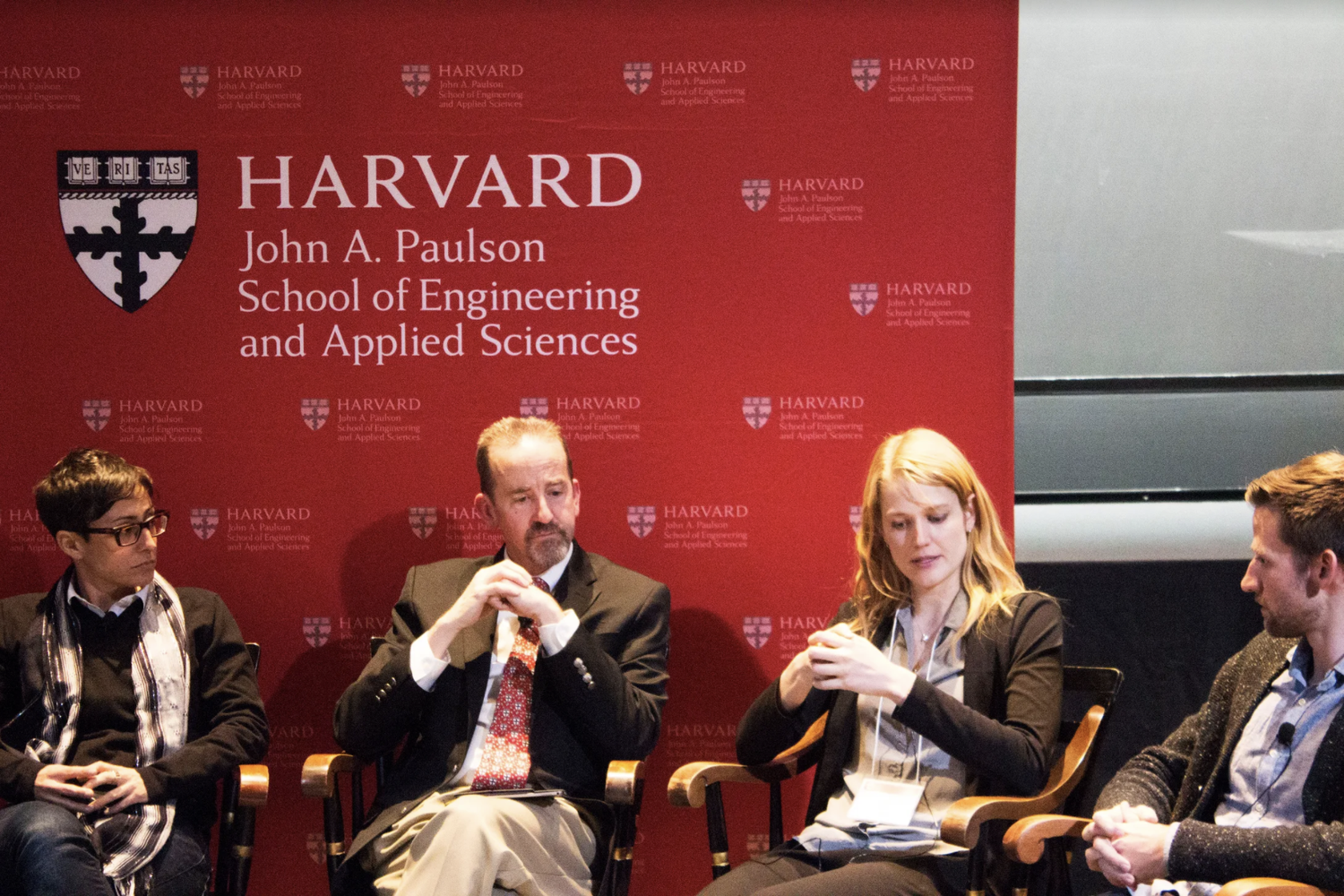 The School of Engineering and Applied Sciences held its second ever sophomore convocation Tuesday evening to welcome new concentrators and introduce them to career and extracurricular opportunities in their fields.

Karoff said the convocation began as an initiative to generate a “sense of community” among SEAS concentrators, who are not usually brought together until graduation.

“One of the ways that SEAS as a school is structured is that we have these five concentrations, but they really overlap a lot,” he said. “We see that in lots of different ways in terms of how the faculty work together in research, you see that in terms of the graduate students and the work that they do, but at the undergraduate level, it’s just as true.”

In his opening remarks at the convocation, Dean of SEAS Francis J. Doyle III said that though women make up one-third of the sophomore SEAS class, and 21 percent are underrepresented minority students, diversity remains a core area of focus for SEAS.

Doyle then introduced three current SEAS undergraduates, Neel Mehta ’18, Jacob C. Scherba ’18, and Akshaya Annapragada ’20, who briefly shared some of their experiences with internships and research.

“We have the ability to help millions of Americans and millions of students around the world with the things we’ve learned in lecture halls like these,” Mehta said.

After the student presentations, Doyle moderated an alumni panel of five speakers: Nathan U. Blecharczyk ’05, a co-founder of Airbnb, Danielle A. Feinberg ’96, Director of Photography for Lighting at Pixar, Stephanie M. Kladakis ’96, a vice president at Carmell Therapeutics, Daniel H. Nevius ’11, a co-founder of Analytical Space, and Julia C. Winn ’12, a product manager at Google.

Panelists reflected on their experiences at SEAS and Harvard, covering a variety of topics including things they wish they had done differently, the most valuable parts of their college experience, and the challenges of being a woman in a STEM field.

Kladakis said interacting with a diverse range of people at Harvard, such as roommates who were pursuing creative art projects or discussing novels, proved valuable to her in the business world.

“Things like that give you a broader experience than just being an engineer and as you become a leader in these companies, being able to relate to many folks, not just the engineers, is so important,” she said.

Nevius said that he regretted not taking more risks as an undergraduate.

After the panel, the convocation broke out into a reception, at which representatives of SEAS-focused student groups met with the new concentrators.