Kavanaugh Will Not Return to Teach at Harvard Law School

Embattled Supreme Court nominee Brett M. Kavanaugh will not return to teach at Harvard Law School in January, according to an email administrators sent to Law students Monday evening.
By Aidan F. Ryan 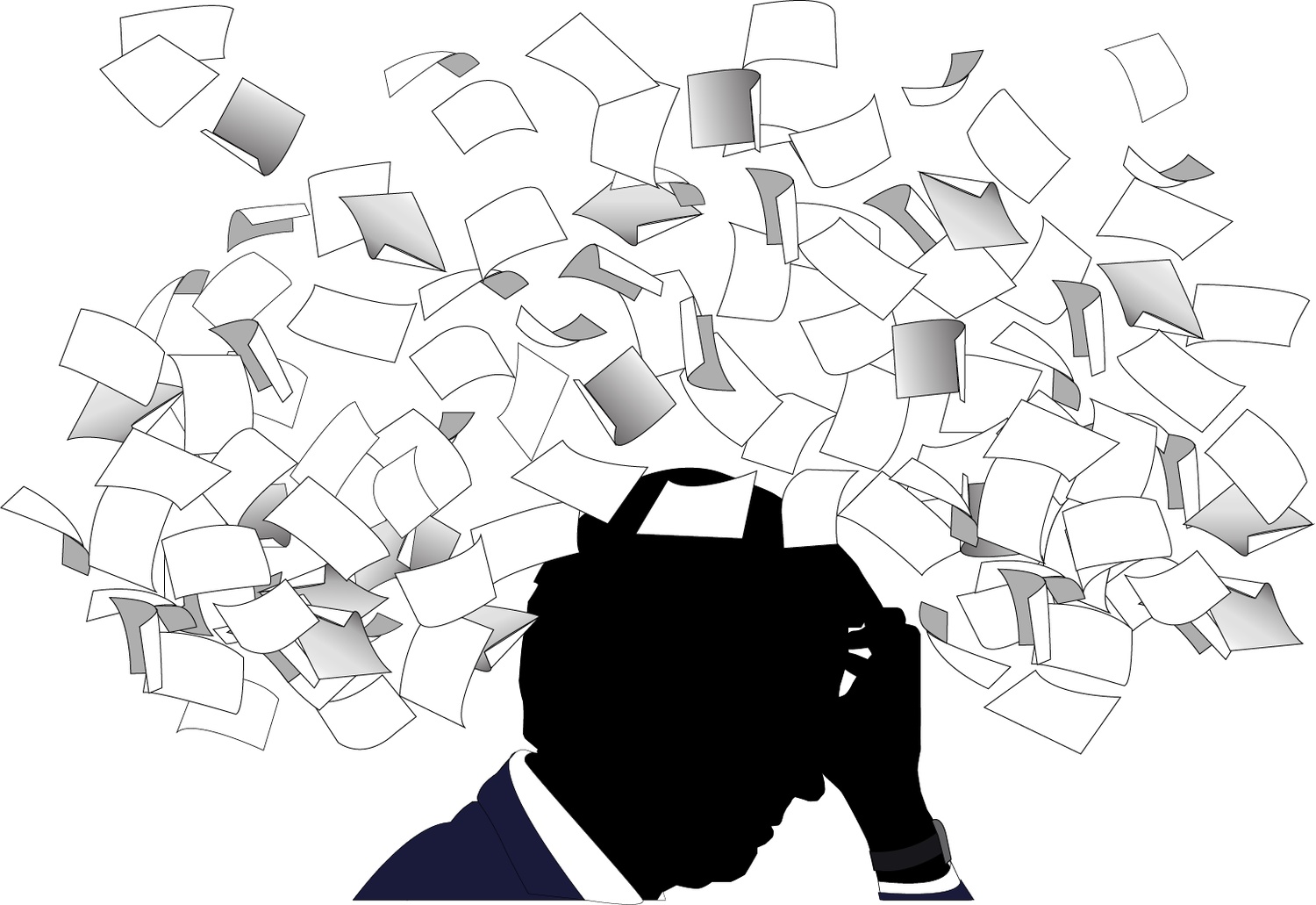 Embattled Supreme Court nominee Brett M. Kavanaugh will not return to teach at Harvard Law School in January, according to an email administrators sent to Law students Monday evening.

“Today, Judge Kavanaugh indicated that he can no longer commit to teaching his course in January Term 2019, so the course will not be offered,” Associate Dean and Dean for Academic and Faculty Affairs Catherine Claypoole wrote in the email, which she sent on behalf of the Law School's Curriculum Committee.

A Harvard Law School spokesperson confirmed late Monday night that Kavanaugh will not teach his course, titled “The Supreme Court Since 2005” and slated to last for three weeks. Kavanaugh has taught at the Law School for roughly a decade.

The White House did not immediately respond to a request for comment Monday evening.

The D.C. appellate court judge became a household name over the summer when President Donald Trump nominated him in July to fill the vacant seat left by Justice Anthony M. Kennedy. Kavanaugh’s confirmation to the nation’s highest court seemed all but certain until several women stepped forward over the past two weeks to allege he had sexually assaulted them or others decades ago.

Palo Alto psychology professor Christine Blasey Ford was the first woman to go public with her story, alleging in a Sept. 16 article published by the Washington Post that the judge tried to rape her when both attended a house party in 1982 in suburban Maryland. Ford said that Kavanaugh pushed her onto a bed, sought to remove her clothes, and ground his body into hers. She restated these allegations in vivid detail last Thursday when she testified in front of the Senate Judiciary Committee in a nationally televised hearing that riveted the country and divided legislators.

Soon after Ford’s interview with the Post, a second woman — Deborah Ramirez — came forward with her own set of allegations, stating in an interview with the New Yorker that Kavanaugh had shoved his penis in her face at a party when both were freshmen at Yale College. A third woman, Julie Swetnick, later issued a sworn statement asserting that she saw Kavanaugh engage in “inappropriate contact of a sexual nature with women during the early 1980s.”

Kavanaugh has repeatedly denied all of these allegations. During Thursday’s hearing, he angrily insisted that the women’s tales of sexual assault formed part of a Democratic plot to derail his nomination.

The showdown over Kavanaugh has roiled the campus where he spent ten years instructing Harvard Law students on issues such as the separation of powers and the Court on which he hopes to serve. Though Law School Dean John F. Manning ’82 has remained largely silent throughout the controversy, Law students and alumni — as well as Harvard undergraduates — have been outspoken in their desire to see Kavanaugh investigated and possibly barred from teaching in Cambridge.

A few days before Claypoole announced Kavanaugh’s decision to sever ties with Harvard Law School, hundreds of school alumni signed a letter to Manning urging him to “rescind” Kavanaugh’s position as a lecturer and to forbid the judge from teaching this winter. The alumni had not sent the letter to Manning as of Monday evening, though it is available online.

“We believe that Judge Kavanaugh’s appointment as an HLS lecturer sends a message to law students, and in particular female students, that powerful men are above the law, and that obstructive, inappropriate behavior will be rewarded,” the letter states. “Judge Kavanaugh is not leadership material, and he is not lectureship material. HLS would be tarnished to have him on campus in any position of authority.”

“We ask that you rescind his lectureship,” the letter continues.

As of Monday at noon, the document had garnered over 700 signatures — some from alumni who graduated as early as 1959. Lauren Birchfield Kennedy, who works in health care policy and is the wife of Rep. Joseph Kennedy III (D-Mass.), co-authored the letter.

Every single letter asked Manning to launch a Harvard-led investigation into the sexual assault allegations levied against Kavanaugh. The F.B.I. opened its own probe into the accusations last week. The Bureau is slated to produce a report on Kavanaugh some time in the next few days, after which the Senate plans to take a final vote on the nominee.

Contacted multiple times over the past week, Harvard Law spokespeople repeatedly refused to say whether the school has launched its own investigation into Kavanaugh or whether it plans to do so.

Some of the letters sent to Manning over the weekend stated that Law School students — especially those who have suffered sexual assault or harassment — would be made uncomfortable by Kavanaugh’s presence on campus. Close to 300 first-year students signed the six letters.

“Allowing a person credibly accused of sexual assault to teach students prior to a full investigation surely creates a hostile environment for many students, and especially survivors,” students wrote in one letter.

Enrollees in at least one section also penned letters to Law School professors. In these missives, students asked their teachers to contact administrators on their behalf to request that Law School officials “reassure students that Judge Kavanaugh will not be allowed to teach a class at Harvard until there has been a full investigation into the allegations of sexual assault he now faces.”

Alexa R. Richardson, the head organizer of the section that sent these letters, wrote in an email Monday that she and other section members received responses from most of the professors contacted.

The professors replied “saying they passed on our concerns to the administration,” Richardson wrote. Some instructors noted that “they were moved/thanked us for our efforts,” she added.

The spate of student letters also criticized administrators for failing to offer a public statement acknowledging the existence of sexual assault allegations against Kavanaugh.

“The administration's silence diminishes students’ trust that HLS will hold its faculty accountable for wrongdoing,” one letter read.

When Trump first announced Kavanaugh’s nomination over the summer, Manning lauded the conservative judge and Yale Law School graduate, writing in a post on a Harvard website that Kavanaugh was “an inspiring teacher and mentor.”

But Manning remained quiet regarding Ford, Ramirez, and Swetnick’s allegations of misconduct — even as students turned up the pressure by mounting a series of escalating protests against Kavanaugh.

First, four Law students involved with student advocacy group the Pipeline Parity Project published an op-ed in the Harvard Law Record calling on the school to bar the conservative judge from teaching pending a “full and fair investigation” into the women’s allegations. Following the op-ed, Law students staged a rally last Monday that saw hundreds of students across the University walk out of class to stand in solidarity with Ford and Ramirez. And during the tense and high-stakes Kavanaugh-Ford hearings Thursday, students staged further protests, stepping outside during a break in the proceedings to pose for pictures and hoist anti-Kavanaugh posters.

Some Law students cheered when the nominee lamented during his testimony that accusations of sexual misconduct might prevent him from returning to teach at Harvard.

As the days of turmoil stretched on, Law School spokespeople said the Dean of Students Marcia L. Sells supported students’ activism but responded to questions regarding Kavanaugh’s employment status by noting that they could not comment on “personnel matters.” Manning refused to comment entirely.

On Friday, the Law School dean finally broke his silence. Sort of.

He wrote in an email to Law students that he understood some on campus were “unsatisfied with the answer that we cannot comment on personnel matters in particular cases.” He argued that “the policy serves important purposes even in stressful times.”

Yale Law School Dean Heather K. Gerken, by contrast, has been much more outspoken than her Harvard counterpart. She joined the American Bar Association in calling for “an additional investigation into allegations made against Judge Kavanaugh” in a statement posted on a Yale website Friday.

As of Monday evening, Kavanaugh’s profile appeared to have been scrubbed from the Law School’s public faculty directory.

Due to an editing error, a previous version of this article misstated the timing of the email announcing Kavanaugh's departure. It was sent Monday evening, not Thursday evening.