HBO’s ‘Camping’ Will Make You Want to Stay Home 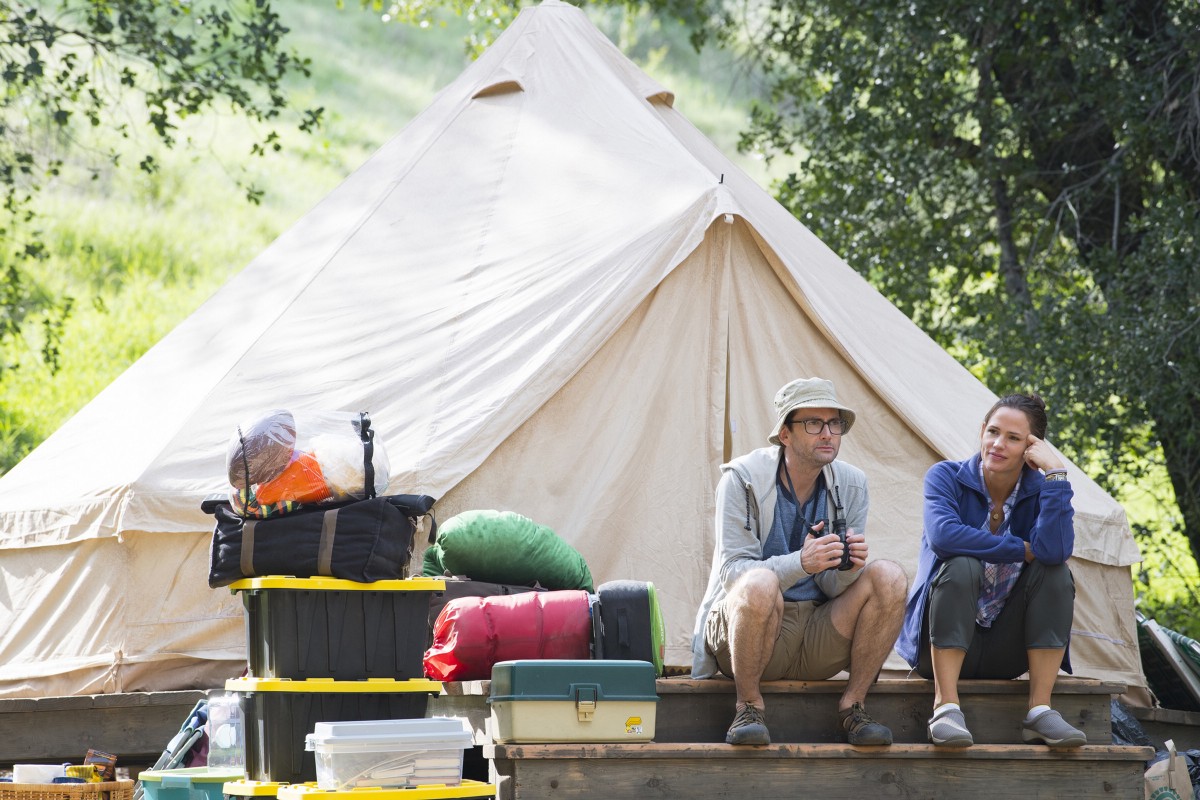 Jennifer Garner and David Tennant star as a married couple hoping for relaxation in the wilderness in “Camping” on HBO. By Courtesy of Anne Marie Fox/HBO
By Derrick Ochiagha, Contributing Writer

“Guys, swimming is tomorrow. It’s on the schedule!” Kathryn McSorley-Jodell (Jennifer Garner) is really quite organized. Trust me. She’s borderline type-A. No, actually, she’s passed that threshold. She’s really borderline unbearable. If the description of Ms. Kathryn appears repetitive, harsh, or overly simplistic, then the spirit of “Camping” has successfully been captured.

From the creators of “Girls,” this new HBO comedy reboots the short-lived U.K. television series of the same name. It centers around Kathryn McSorley — the classic cagey soccer mom from middle-class suburbia — and the cluster of family, friends, ex-friends, and in-laws she must navigate while on a camping getaway for her husband, Walt (David Tennant). As we’re gradually introduced to said cluster, something unfortunate becomes rather clear: These characters are wholly one-dimensional.

The show is engulfed in archaic stereotypes: We have our high-strung protagonist, her carefree sister, the beta-male husband and his over-exuberant younger brother, the irresponsible son, the butch lesbian — the list goes on. No character feels fleshed out beyond an arbitrary descriptor, and their awkward, unrelatable interactions make the chokehold of the script suffocating.

Familial and interpersonal relationships aren’t illustrated in any interesting or organic way. Walt literally exclaims “Brother!” to his sibling (Brett Gelman) upon their initial reunion, and that’s just about the extent of their sibling dynamic over the course of the premiere. The episode’s writers and series’ creators Lena Dunham and Jenni Konner might want to refer to a trusty little rule in storytelling: Show, don’t tell.

Granted, the premiere of “Camping” serves as just a single part of a planned eight-episode season. It is likely, if not inevitable, that we’ll see different sides of the characters across the remainder of the series, or some sort of growth for Kathryn at the very least. But a lousy episode cannot elicit positive reactions in the hope that the season will retroactively improve it. And even if the rest of the season did provide a greater focus on character, this expected growth narrative is terribly played out.

The journey being set up for Kathryn is nearly as tired as her archetype. Countless films from the likes of “Romancing the Stone” and “Tarzan” have told the story of an uptight woman irrevocably changed for the better by her experiences outside the overt rigidity of her society. She’ll probably grow as a person and learn to better relate to the wacky cast of characters she’s found herself surrounded by. But who is interested in revisiting this narrative? And even if this journey appears initially unfamiliar to you, is it worth the cringeworthy slog presented from the series’ outset? That’s probably a decision for the individual viewer.

One might assume, though, that most audiences would answer with a resounding no. And not simply because the show employs well-worn tropes, or that generalized stereotypes are no longer accepted by most viewers. Putting all this aside, “Camping” commits the cardinal sin of serialized comedy: It isn't funny. Much of the humor relies on juvenile physical comedy (the lesbian mountain woman literally shoots herself in the shin — she doesn’t even feel it, though, because she’s just that butch), and generally awkward interactions between characters. Series premieres often seek to put their best foot forward, but the episode fails to elicit a single chuckle throughout its half hour duration. In its main task as a new adult comedy, “Camping” has failed spectacularly.

It’s unclear if anyone could like or relate to HBO’s “Camping.” It sets up an arc we’ve seen before in a way that’s not unique or funny enough to merit existence. The “characters” are simply stand-ins for tired tropes in a series that feels radically uninspired and ultimately soulless. The premiere concludes in an almost prescient fashion: Kathryn watches in anxious terror as her band of campers jump into a local lake, throwing caution — and her schedule — to the wind. As Kathryn stubbornly digs her heels into the shoreline, one could only wish that Dunham and Konner had followed her lead, keeping this brash British comedy firmly across the pond.