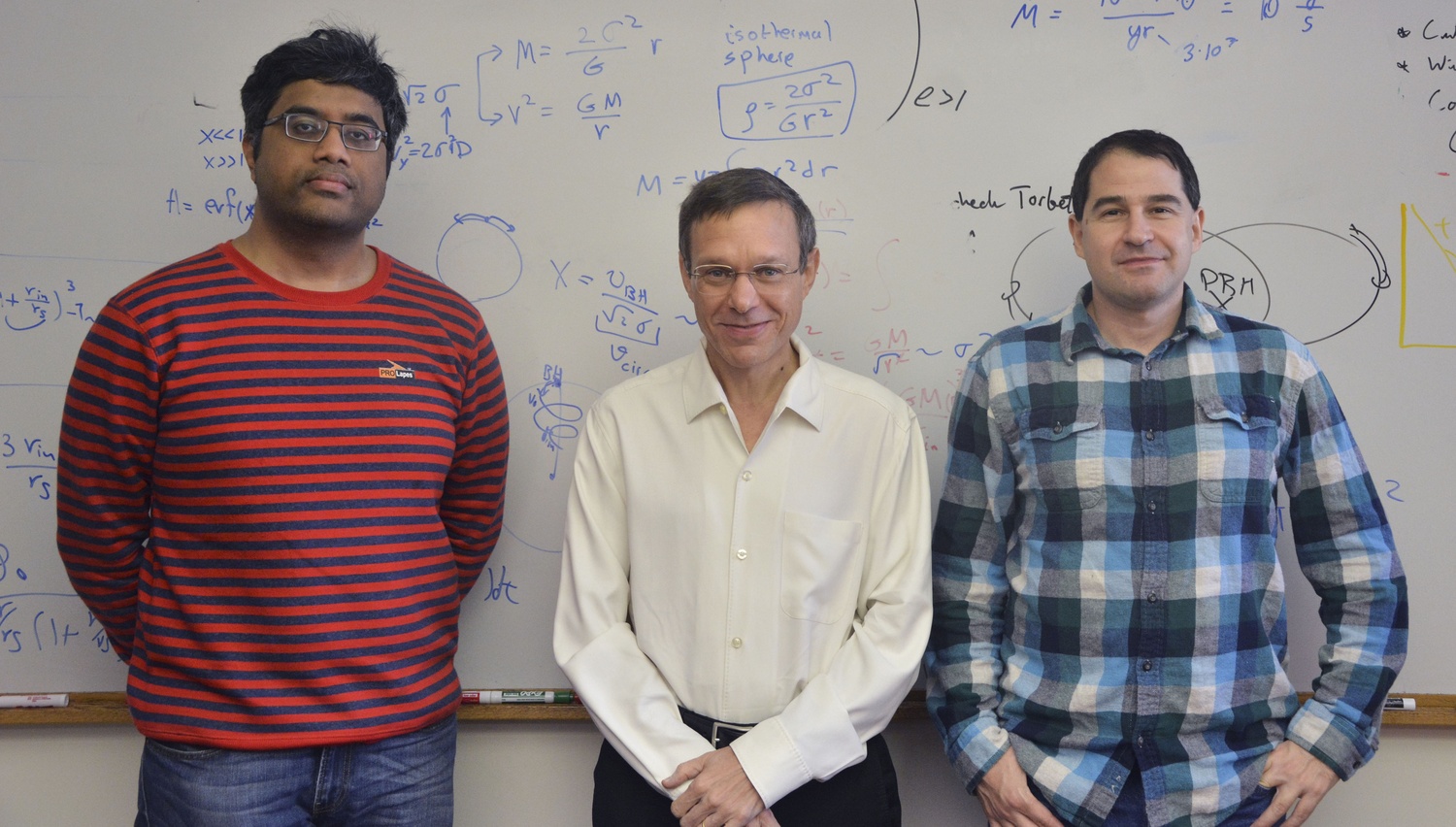 Researchers from the Harvard-Smithsonian Center for Astrophysics recently released a study claiming that panspermia, an astronomical theory that life is exchanged between planets within solar systems, can be expanded to support exchanging life within the Milky Way galaxy.

The study, “Galactic Panspermia,” concluded that life, or the chemical compounds necessary for life, can be distributed between solar systems or even galaxies by astronomical objects such as meteoroids or asteroids. The study was led by Visiting Scholar at the Institute for Theory and Computation Idan Ginsburg and co-authored by Astronomy Department chair Abraham “Avi” Loeb and ITC postdoctoral fellow Manasvi Lingam.

The theory of panspermia proposes a mechanism by which astronomical objects could feasibly transport life to other planets within solar systems. The presence of life could take the form of anything from chemical compounds to microorganisms.

The study, which expands the theory panspermia to interstellar transport, hinges on the probability of two factors: the rate at which solar systems capture life-bearing objects and the ability of life to survive the treacherous space conditions for extended periods of time.

Despite the findings in the study, the researchers said the panspermia phenomenon is still difficult to prove. Ginsburg described the slim chances of panspermia by using a model in which the sun was scaled down to the size of a basketball. In this scale, the earth would be the size of a grain of salt and sit 80 feet away.

“The nearest star to us would still be thousands of miles away in this super scaled down version,” he said. “Just to give you an idea of how difficult it is to transfer life...from one solar system to another.”

The researchers’ idea to look beyond the solar system for sources of life came from another cosmic event, according to Loeb.

“We considered the process of transfer of life across the galaxy and that was triggered – inspired – by the discovery of Oumuamua,” Loeb said.

Oumuamua, a rock 100-meters long, was the first interstellar object to be found in the solar system to originate from outside the solar system. Rocks, according to Lingam, had the potential to harbor hardy bacteria that could withstand heavy radiation and difficult cosmic conditions.

“Even a fairly small rock could serve as a pretty effective shield for these bacteria,” Lingam said. “Once [the bacteria] land on a given planet, they can proliferate pretty rapidly.”

Loeb, who is also working on the $100 million Breakthrough Starshot Initiative, said that the next step for astronomers is to find more objects like Oumuamua crossing the solar system.

“Potentially, the next one or one of the future ones we could land on, and that would be interesting,” Loeb said. “If we find evidence for life on it, then the whole idea of panspermia would make much more sense.”

The study also brought into question the possibility of life beyond Earth’s solar system.

“I think it's silly to assume that we’re the only intelligent, technologically capable civilization in the galaxy, let alone the universe,” Ginsburg said.

The researchers acknowledged, however, that the study supports an unpopular view among the scientific community.

“People tend to have prejudice about what’s the likelihood of life as we know it elsewhere,” Loeb said. “A lot of people have a strong prejudice against technological life, advanced civilizations, whether they exist or not.”

“Galactic Panspermia” is currently under peer review for publication in the astronomy journal Monthly Notices of the Royal Astronomical Society.