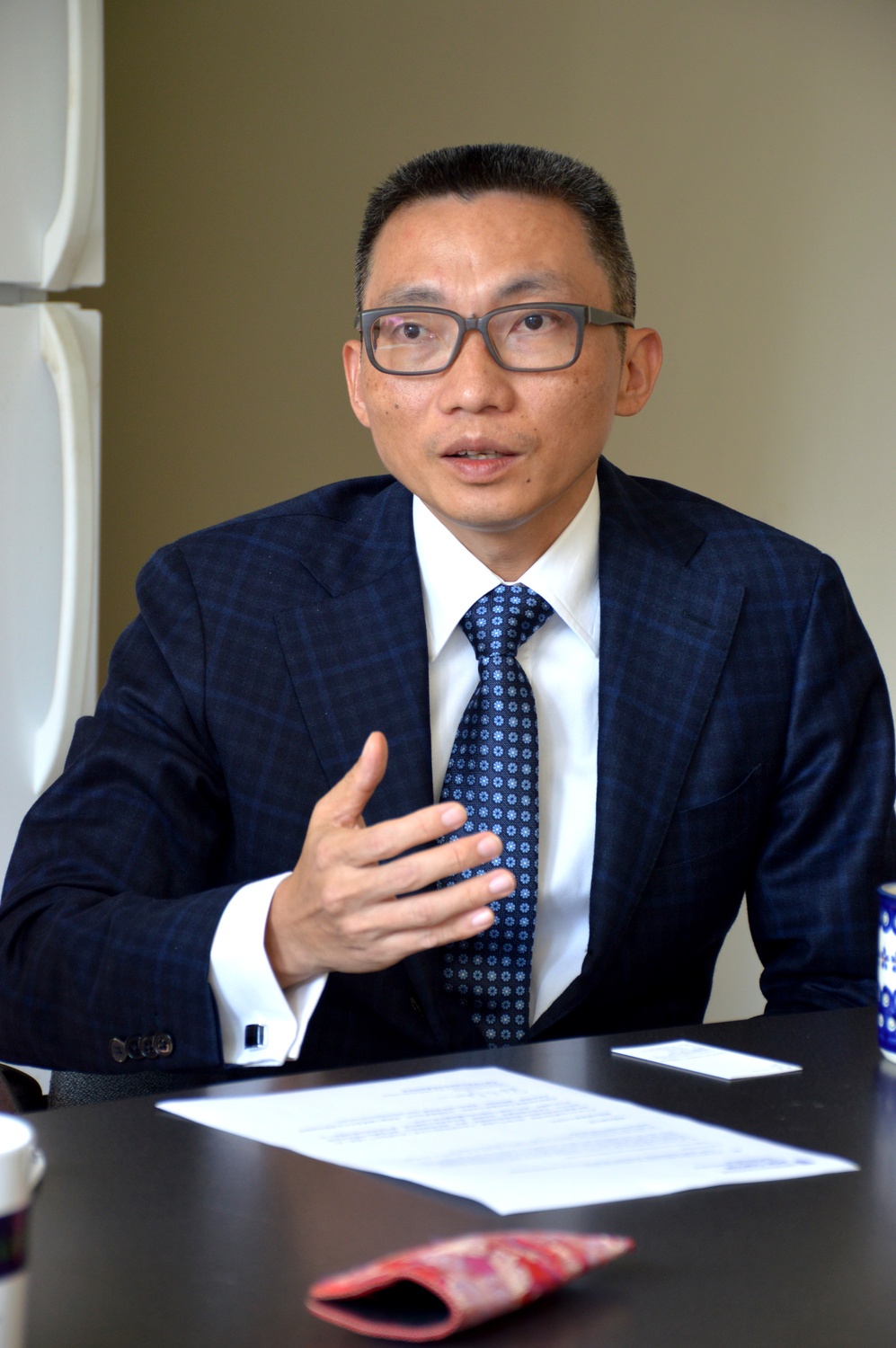 The Yidan Prize, founded by Chinese billionaire and Tencent co-founder Charles Chen Yidan in 2016, consists of two $3.9 million awards given annually for excellence in education research and education development.

At the nearly three hour long press event, which was held at the Cambridge Courtyard Marriott Hotel ballroom, Agarwal and Hedges spoke about their work and plans for the future. MIT President L. Rafael Reif and MIT Computer Science Professor Victor Zue also spoke at the event attended primarily by journalists, some of whom came from as far as Argentina, Colombia, Hong Kong, Italy, and Spain.

In a presentation at the event, Hedges discussed his work as a statistician working with meta-analysis to develop new approaches and solutions to educational problems.

“I saw the value of developing more rigorous methods for synthesizing research results across studies, and these methods led to the development of a small branch of statistics that’s usually called meta-analysis,” Hedges said.

“It shifted attention from single studies, you know the dramatic single study, to the idea that we should look at the entire corpus of relevant [research].” he said.

During his remarks, Agarwal talked about edX’s mission and the impact he sees it having on the future of education.

“Our goal at edX is to see whether we can put the true meaning to the word education as a human right where everyone has access to it like the air we breath,” he said. “Our mission is to use digital technology to see if we can enable education, a high quality education, for everyone everywhere.”

When asked later what he plans to do with the roughly $1.9 million research grant that comes with the prize, Agarwal said that he wants to expand access to affordable undergraduate education.

“We are looking to launch a micro-bachelors program, which are modular programs at the undergraduate level, which will enable us to truly transform education all over the world, increasing affordable access in countries like the U.S., increasing quality access and simply access to education in the developing world,” he said.

Garber’s remarks, which closed the event, focused on his relationship with Agarwal, who worked with Harvard to develop edX, a virtual education platform, in 2012.

“When Harvard and MIT began meeting to think about creating edX, we always had in mind that Anant would be the person to take edX forward,” Garber said. “In every way, Anant has rewarded our faith in him. ”

The Yidan Prizes will be officially awarded at a ceremony in Hong Kong on Dec. 9. Past winners of the prize include Stanford Psychology Professor Carol S. Dweck and Colombian sociologist Vicky Colbert, who founded and directs the educational organization Fundación Escuela Nueva.