‘Can You Ever Forgive Me?’ Gives Hollywood a New Kind of Hero 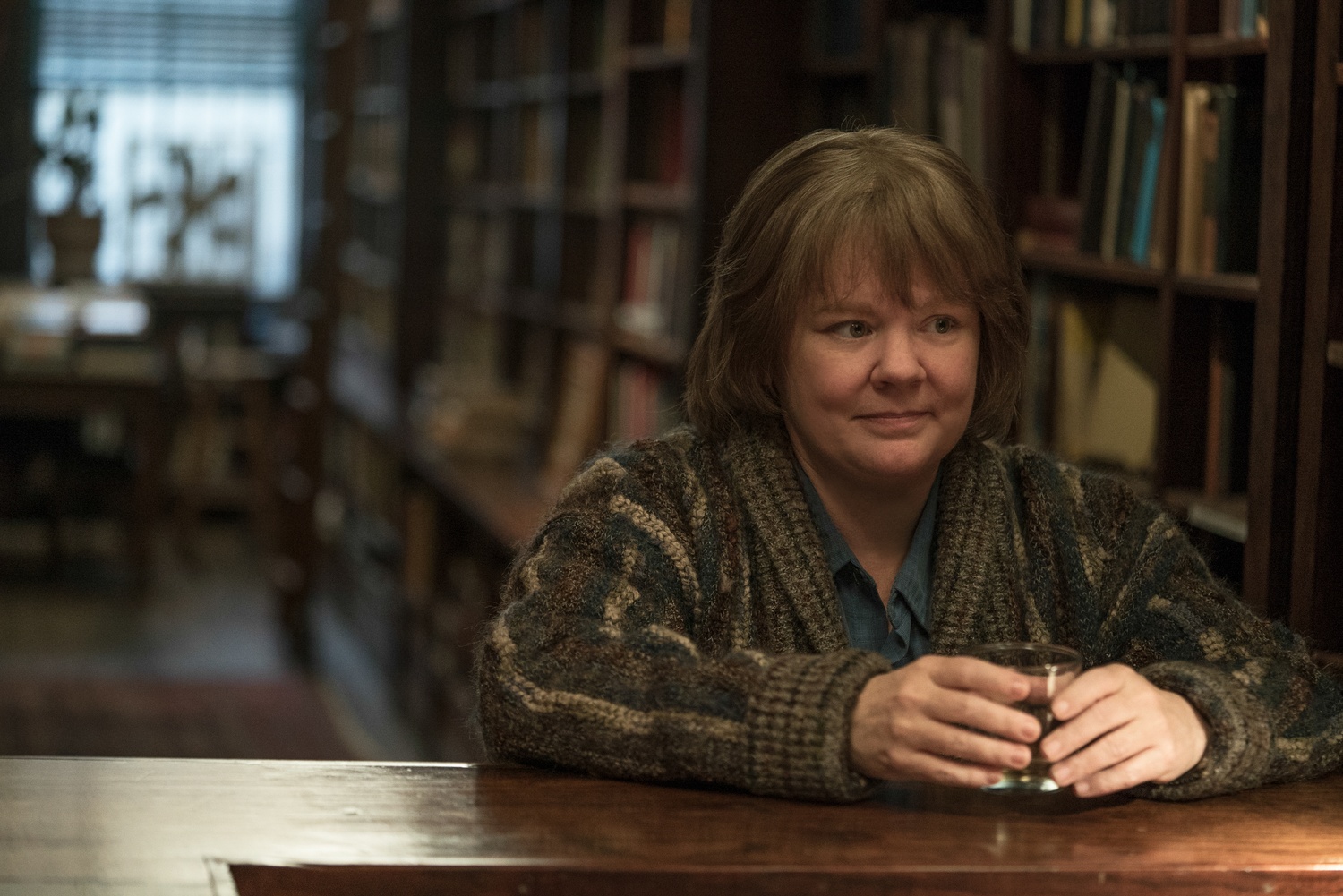 Melissa McCarthy stars in "Can You Ever Forgive Me" (2018), directed by Marielle Heller. By Courtesy of Twentieth Century Fox
By Derrick Ochiagha, Contributing Writer

Melissa McCarthy has had a tough 2018. Her first film this year, “Life of the Party,” was met with mediocre critical reviews (scoring a “rotten” 38 percent of Rotten Tomatoes) and middling returns at the worldwide box office (just $65.7 million on a $30 million budget). It only worsened on her next feature, “The Happytime Murders,” which was a financial bomb for McCarthy ($26 million worldwide on a $40 million budget) and was similarly torn apart by critics. It appeared that McCarthy’s star power had waned, and that any hope of gaining the forgiveness of audiences would likely prove fruitless. It’s almost ironic, then, that her latest picture asks “Can You Ever Forgive Me?” as if the film serves as a sort of penance for her recent failures. Can McCarthy be forgiven for these missteps?

Yes, in fact, she can. “Can You Ever Forgive Me?” sees Melissa McCarthy at her most dramatic, in a clear bid for her second shot at Oscar glory. Based on the convoluted case of American author Lee Israel (Melissa McCarthy), the film details her brief foray into criminal activity, as she begins forging letters in the names of dead authors to sell them to collectors. McCarthy is presented with a difficult task in portraying Israel: She must highlight her duplicity in a way that underscores the immorality of her actions, while at the same time making Israel relatable. Israel’s forgeries are always framed with critical eye. When she smirks, thinking about her perceived brilliance, director Marielle Heller depicts her hubris unfavorably. It is a testament to McCarthy’s performance that Lee remains a somewhat empathetic character throughout.

McCarthy presents Israel as a sort of every-woman who makes the decision anyone would have made, given her financial situation, talents, and opportunity for deception. This calls to mind one of the film’s major themes: the idea that desperation can breed duplicity in any individual — especially those without a reliable support network to turn to. By the time Israel begins forging letters, she has lost her job, most of her close relationships, and the previous esteem she’d once held writing biographies of Dorothy Kilgallen and Estée Lauder. Who, the film inquires, cannot be forgiven for their transgressions when placed in such a hopeless situation? It forces audiences to question what they’d personally consider morally reprehensible, and what lines one can cross while still meriting sympathy.

“Can You Ever Forgive Me?” illustrates how willing the average person is to embrace danger when the dullness of life becomes unbearable. Israel is undoubtedly prompted by necessity and motivated by greed to produce the counterfeit letters. But her decision to commit forgery has yet another impetus: It’s fun. She enjoys using her writing skills to approximate other authors' writing styles. She relishes in the thrill of making the sale to unsuspecting collectors. She prides herself on writing pieces of equal value to that of writers who have obtained the literary eminence she so desperately craves. And it’s truly unclear whether she even regrets her actions ultimately, as she cites her small-scale crime spree as one of the greatest moments in her life.

Israel is an imperfect protagonist who at times, toes the line between hero and villain. And she is rather unique in this way. Within a relatively new tradition, Israel is one of few queer, older woman in recent American cinema to be presented with such a degree of nuance. The film is revolutionary because it never overindulges on the matter: Israel’s sexuality, not to mention that of her best friend and partner-in-crime Jack Hock (Richard E. Grant), are never hidden or discouraged, but are also not the film’s central focus, amounting to a significant step in promoting inclusion across Hollywood. Creating more films featuring queer characters whose narratives do not revolve around their sexuality not only allows for a greater number of queer stories, but normalizes the idea of queerness to mass audiences. Moreover, it’s refreshing to see a more nuanced lesbian character that breaks from the stereotypically one-note archetype gay characters quite often fall into. There was a place for this in the past, yes, but “Can You Ever Forgive Me?” begins to chart a new path forward. Crafting new stories from unlikely sources is an important social endeavor, and the film does this with considerable grace.

“Can You Ever Forgive Me?” provides stunningly poignant insight into a new kind of Hollywood protagonist. She is selfish. She is deceitful. She is relatable. She feels real. Buoyed by sharp directorial vision, a well paced script, and a bizarre true story worthy of cinematic adaptation, Melissa McCarthy shines. It’s safe to assume that, despite the harsh reception of her previous projects, McCarthy has, in fact, earned the forgiveness of audiences.